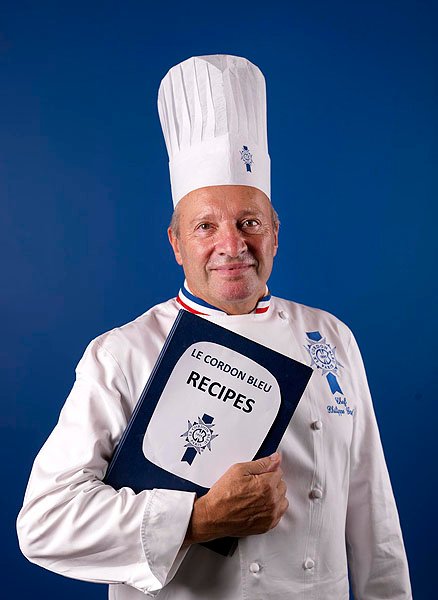 One of the Best Craftsmen in France

Chef Groult has received numerous awards in recognition of his talent. In 1982, he was awarded the “One of the Best Craftsmen in France (Un des Meilleurs Ouvriers de France - MOF)” medal by François Mitterrand, President of the French Republic at that time.

In 1988, he won top prize at the International Cuisine Festival in Tokyo. He has also taken part in the “Trophée National de Cuisine et de Pâtisserie” in France as well as the “Prosper Montagné” competition where he won gold medal in 1980.

Born in Normandy, Philippe Groult began his training with a “Brevet d’Études Professionnelle (BEP)”. He then joined the “Compagnons du Devoir” (craftsman’s guild). During a period that spanned more than eight years, under the famous Chef Joël Robuchon, Philippe Groult climbed the ladder, from “chef de partie” at the Concorde Lafayette hotel restaurant to cuisine Chef of the three Michelin-starred Jamin restaurant.

1987 proved to be a turning point in Chef Groult’s career when he became a consultant for the catering company Shin & Food, in Kobe, Japan. He was responsible for creating new menus and managing personnel.

In 1989, Chef Groult became Chef/Owner of Amphyclès, a two Michelin-starred restaurant in Paris.

In 2000, Chef Groult returned to Asia. He was initially a Consultant Chef at the French restaurant Palazzo at the Royal Park Hotel Tokyo, before going on, a few years later, to become Executive Chef of the Atelier de Joël Robuchon, in Hong Kong, under Joël Robuchon.

Upon returning to France, Chef Groult worked as Consultant Director for culinary quality with Sodexo, specializing in providing restaurant-style experiences for L’Affiche, Le Pôle, and even Le Lido.

Before joining Le Cordon Bleu Paris team in 2016, he taught in the Hotel Training Department at Macao University of Science and Technology.