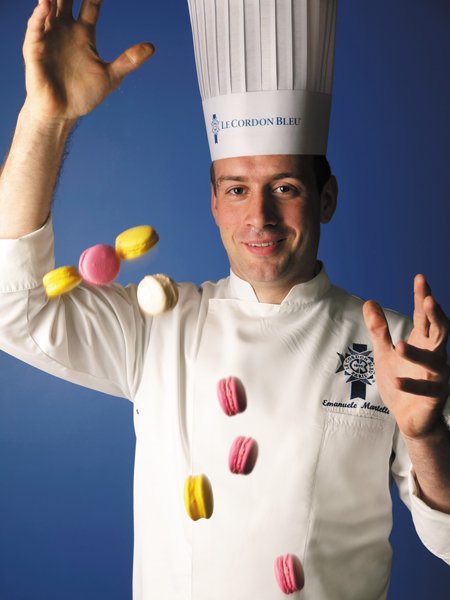 2012 marked a turning point in his career, when he was taken on as pastry sous-chef at the three Michelin-starred Georges Blanc restaurant, in the Ain village of the eponymous Chef.
He then works as Pastry Chef in a one Michelin-starred restaurants in the south of France, before he moved on to the kitchens of the InterContinental in Geneva.

His career path has also taken him to England, where he worked at the Waterside Inn restaurant. Chef Martelli assumed the role of pastry Chef in the three Michelin-starred establishment, under Chef Alain Roux.

In order to further his knowledge, Emanuele Martelli has taken a variety of training programmes including freshly baked pastries and sugar.