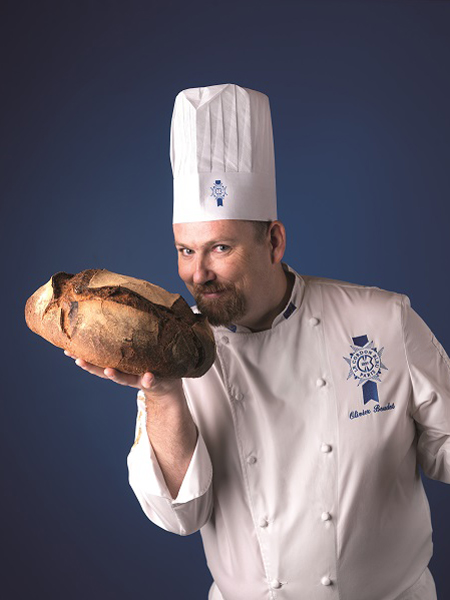 In 1997, he was recruited as a Boulangerie Chef at Eric Kayser. He was responsible for several tasks related to the launch of fermento-levain, throughout France and Miami, before being put in charge of opening a second Parisian boutique in 1999, which he managed until 2004. Between 2004 and 2005, he works as boulangerie Chef for Amandio Pimenta, One of the Best Craftsmen in France (Meilleur Ouvrier de France - MOF), who taught him techniques for making rye and nutritional breads. Later on, Eric Kayser asked him to manage all his Parisian boutiques, in his role as technical director.

In 2008, he began working as boulangerie Chef at Moisan, with Christian Vabret, Meilleur Ouvrier de France. He pursued his boulangerie Chef career working in research and development, in Korea and in Switzerland.

He has received numerous awards during his career: in 2005, he was runner-up in the artistic piece category and awarded a gold medal at the Arpajon gastronomic competition in 2006, in the bread and freshly baked pastries category. In 2009, he was crowned Champion of France in the bread category at the French Boulangerie Cup, leading him to being selected for the French team at the European Boulangerie Cup, for which the team came first in 2010. In 2012, he won 16 medals at the Swiss Bakery Trophy and first prize in the bread category. He has taken part in the selection stages of the Meilleur Ouvrier de France competition 4 times.