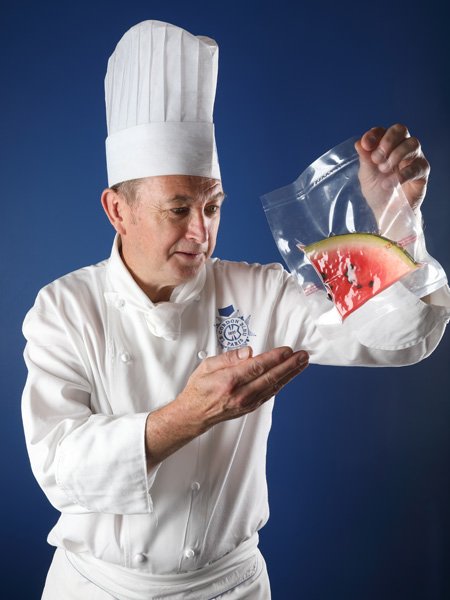 After a number of years working with renowned Chefs and in a number of Michelin-starred restaurants, such as le Divellec, Le Prunier and Le Lasserre in Paris, as “sous-chef” and “chef de partie”, his career took a new turn. Chef Kerdranvat decided to leave France and set out on an international culinary adventure.

Réné Kerdranvat’s journey began in Bangkok, Asia, as “sous-chef” of the French restaurant Crystal, where he remained for two years. He then decided to leave Asia and headed to the West Indies where he began working as Executive Chef for the Cunard hotel chain in St. Lucia. His main role, being in charge of a French cuisine concept, under Jean-Louis Palladin, gave him a perfect command of gastronomy.

Chef Kerdranvat’s motto, “It is impossible to travel if you can’t navigate”, led him to start working for the luxury cruise line Seabourn. René Kerdranvat sailed the seas for a year, becoming acquainted with top level culinary expertise. Thanks to this experience, he was offered the position of Executive Chef at the Hilton hotel’s restaurant in Atlanta, where he remained for nearly 3 years.

René Kerdranvat returned to France in 1999 and decided on a change of direction, from Chef to the field of education. He took a ”Brevet de Technicien supérieur”, a professional degree in food products quality control and a degree in individualized vocational training for adults before joining the AFPA centre for adults in Rennes. His professionalism and top-notch teaching skills enabled him to become an Instructor.