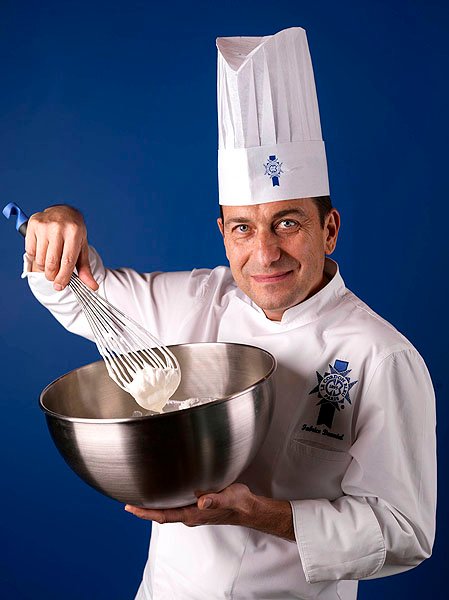 Originally from Antibes, Fabrice Danniel was awarded a “Certificat d’Aptitude Professionnelle (CAP)” in pastry in 1985.

He worked in several prestigious restaurants in France, such as Le Martinez hotel in Cannes, and Henri Faugeron, Lucas Carton and Le Pavillon Elysée Lenôtre, in Paris. He then pursued his career abroad, initially at the Restaurant de l’Hôtel de Ville, under Chef Freddy Girardet, in Crissier, Switzerland, then in Lebanon, working as pastry chef for 3 years at luxury hotel Les Suites, which boasted three restaurants.

In 1997, he continued his training, developing new techniques and being awarded a “Brevet de Maîtrise” (Advanced Diploma in professional pastry, confectionery, ice cream and catering). Chef Danniel then worked in pastry research and development in Cairo, Egypt. His next role was that of pastry chef at the Sheraton Doha Resort hotel’s restaurant in Qatar.

In 2003, Chef Danniel joined Le Cordon Bleu Paris institute’s team of Chef Instructors, and has travelled to a wide range of countries to represent Le Cordon Bleu. In 2006, he moved to Bangkok, Thailand, where he was responsible for the pre-opening of Le Cordon Bleu institute Dusit Culinary School. He returned to Paris in February 2016.

In 2018, Chef Danniel was a finalist in the One of the Best Craftsmen in France (Meilleur Ouvrier de France - MOF) competition, in pastry/confectionery.