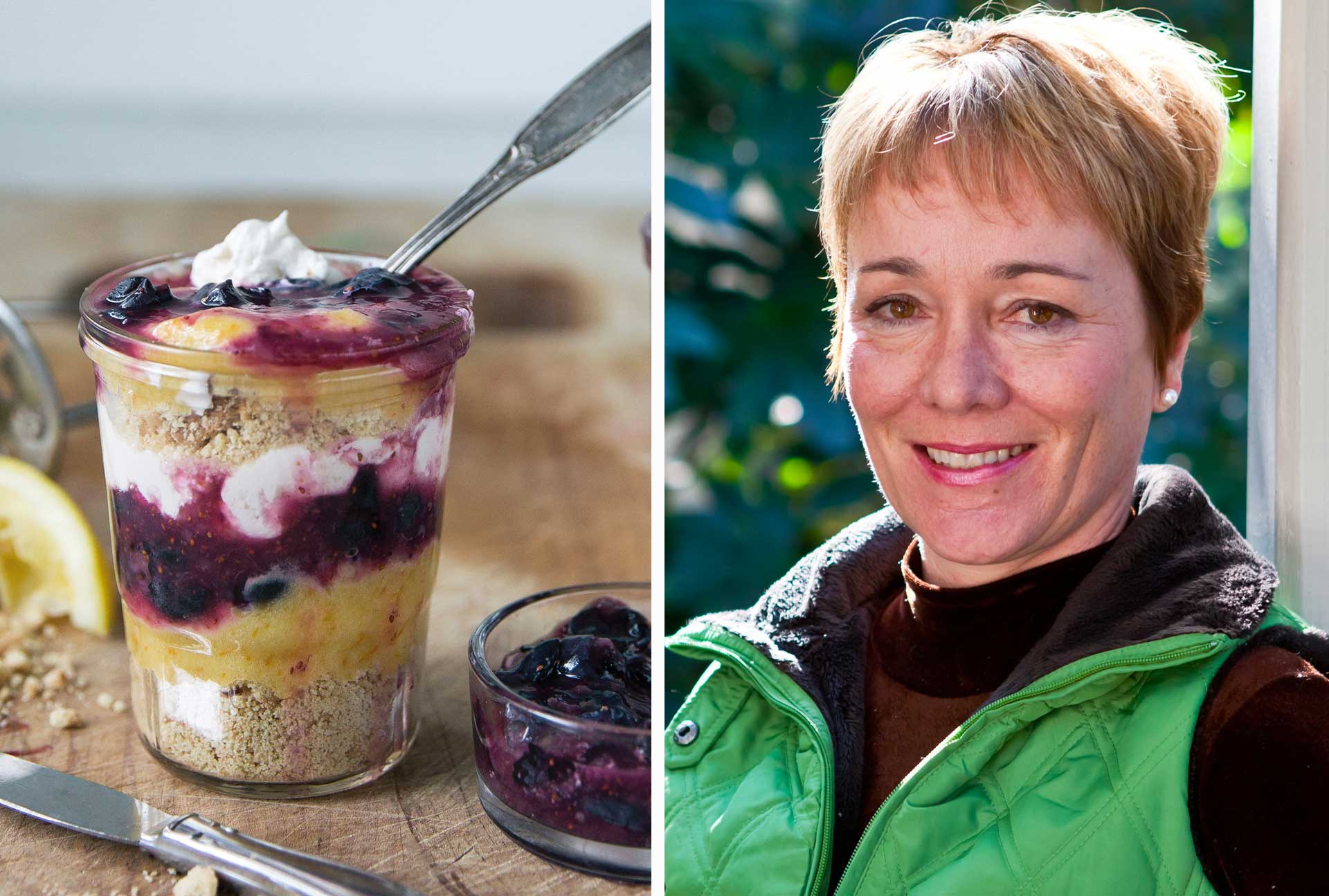 Holly Herrick received her Grand Diplome in 1992. Then she became a food critic to combine her two passions: journalism and cuisine. Now she writes cookbooks.

I studied journalism at Boston College with the intention of being a broadcast journalist. I got married after college and a short stint in advertising sales with a prominent publishing company. I so enjoyed cooking for my new husband, became obsessed with this forgotten joy from my childhood, that I started thinking about food writing. Julia Child, another Le Cordon Bleu graduate, advised me at a food festival in Aspen, Colorado to go to Le Cordon Bleu. She advised a three month Programme to get my food writing credentials.

I fell in love with the whole experience, so decided to go for the whole thing.

I do not have a single one. I always enjoyed the knowledge all of my Chefs so generously shared. They didn’t just float by. They worked really hard to teach each and every student and infuse them with a love and knowledge for cooking. One Chef in particular, Jean-Claude Boucheret, really stood by and helped me to increase my confidence and knowledge in the kitchen. I am grateful to everyone there!

After Le Cordon Bleu, I worked at a number of restaurants in Paris and Minneapolis, did a lot of teaching. I didn’t really start writing until 1997. At that time, I started with small, regional cooking columns and eventually became a first place nationally awarded food critic for work I did with The Post and Courier in Charleston, South Carolina.  Much more food and travel writing ensued until I finally began writing cookbooks. I just finished my eighth, Mashed – Beyond the Potato (Gibbs Smith, Sept. 6, 2016) and I am starting on a revision of an earlier cookbook this fall. Life is good, busy, and delicious!

Work hard and love what you do.

What are you doing now?

Mostly cuisine. I think the answers above will cover the rest of this question. Except, I didn’t mention that my Nanna, my father’s mother, was an amazing cook. She taught me at an early age, as my Cordon Bleu Chefs later reinforced, that the most important ingredient to cooking (besides technique and product) is love.

I continue to live and write and cook in Charleston, South Carolina. When the next book is written and promoted, I will start a series of culinary romance novels, which I’ve been wanting to write for a long time. I’m eternally indebted to Le Cordon Bleu in all that I do and reserve the most beautiful memories from my time there.