July 2019 – At the beginning of September, Le Cordon Bleu Paris will be honoured to welcome Jacques Attali for a conference to mark the publication of his latest book Histoires de l’Alimentation. Co-published with France Culture, the book follows on from the eight television programmes, which Jacques Attali and Stéphanie Bonvicini dedicated to food, in Le Sens des choses series, which was broadcast from 8 to 30 July 2017.

What did mankind eat ten thousand years ago? What will humans eat in a century’s time? How and where did fire, agriculture and livestock farming appear? What was the diet of Roman emperors? Chinese emperors? The Kings of France? How did their subjects eat? How can different religions’ food restrictions be explained? Does cannibalism really no longer exist? What are the links between sexuality and food? How and where did restaurants first appear? Who invented pizza? Who eats insects? Seaweed? What do the richest people eat today? Which populations have the best diet in the world? Will it be possible to provide a healthy diet for ten billion humans? Will we be forced to eat what artificial intelligence imposes upon us? Will we still eat together in the future?

This vast landscape reveals how we have evolved from a diet which was varied, natural and abundant, to one made up of food products which are standardised, industrial, uniform and poisonous for both mankind and nature. It awakens us to the overwhelming economic, ideological and political power of the food industry. It also recounts the little-known links which exist between food and conversation, food and power and between what we eat and geopolitics. Understanding this history is vital if we want to take charge of our own diet, eat delicious and healthy food, and save nature, on which the survival of humanity depends. 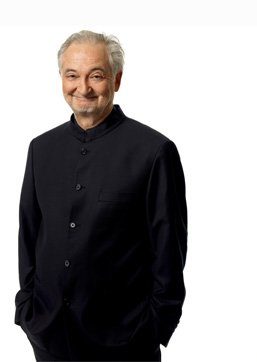 
Jacques Attali was born on 1 November 1943. He is a graduate of the École Polytechnique and the ENA and was a special advisor to the President of the French Republic, François Mitterrand, for ten years. He founded five international institutions: Action contre la faim, Eureka, BERD, Microcred and Positive Planet. The latter has provided support to over 10 million small business owners. Jacques Attali has written more than 1000 editorials for the magazine L’Express and is the author of 80 books, which have sold 7 million copies and been translated into 22 languages. He has also conducted several orchestras around the globe (Paris, Grenoble, London, Jerusalem, Shanghai and Astana).