Juan Arbelaez is a 29 year-old, Colombian-born, young cuisine chef and restaurant owner. Since graduating from Le Cordon Bleu Paris in 2009, with Cuisine and Pastry Diplomas, Juan Arbelaez has spent time in the kitchens of numerous prestigious establishments. He also took part in the Top Chef television programme on M6 in 2012. Today, he is in charge of several establishments (Plantxa, Levain, Yaya…) and also executive chef at the Marignan hotel’s Nubé restaurant on the Champs Elysées. When he came to give a demonstration at the new Institute, we ask him a few questions about his career path and what influences his cuisine...

Of Columbian nationality, Juan Arbelaez studied at Louis Pasteur, a French high school in Bogota, until 2001.  In 2006, he passed his baccalaureate at Gimnasio Moderno school and went on to study Administration and Management at the Universidad de los Andes.

In 2007, Juan decided to follow his childhood dream and passion for Cuisine and enrolled at Le Cordon Bleu Paris.  He graduated in 2009 with a Grand Diplôme having completed the Cuisine Diploma and then the Pastry Diploma with flying colors.

He went on to carry out an internship with the famous Pierre Gagnaire in Paris and in 2009 he began working as chef de partie in the Parisian restaurant Je Thé...me.

He went on to be recruited as chef de partie at the Parisian hotel Le Bristol where he remained until February 2012.  During the same year, he was selected to take part in the popular M6 television programme "Top Chef". During filming he met his future colleague, Chef Jean Imbert, who employed him as Chef de Cuisine at his restaurant l'Acajou in Paris.

In June 2013, Juan Arbelaez took over the La Plancha restaurant which he renamed La Plantxa, in Boulogne-Billancourt.  The Columbian Chef works with delicate local produce to which he adds exotic flavors.  The resulting dishes, which are modern with surprising flavors, change on a daily basis depending on what he finds on the Parisian market stalls. He is now owner of several establishments and executif chef at Marignan hotel's Nubé restaurant.

Where did your passion for the Culinary Arts, and your desire to make a career out of them, come from?

I was always passionate about cuisine as far back as I can remember, and this was especially thanks to my Granddad. He was a very good cook, even if he was very much self-taught. I also really enjoyed watching my mother cook; it is both of them who made me want to make a career out of it.

Why did you choose Le Cordon Bleu and what did you get out of your training program at the School?

Le Cordon Bleu has an excellent reputation in Colombia and it was therefore my immediate choice. I knew that I would be taught all the cuisine basics which proved to be true. I also learnt a lot from the Chef Instructors and, thanks to them, quickly built up a network of very interesting contacts in the cuisine industry.
And the reason I chose Paris, out of all Le Cordon Bleu schools, was because, in terms of cuisine, this really is the place to be!

Could you tell us about your career path following your training Program at Le Cordon Bleu school?

Thanks to the School’s network, I had the opportunity to carry out my first internship with Pierre Gagnaire, I then worked at the Georges V and at the Bristol. Then, I opened my own restaurant: Plantxa, in Boulogne-Billancourt.
Since June 2016 Juan Arbelaez is in charge of the kitchens at Nubé, the Marignan hotel's restaurant.

You must be willing to work long hours (laughs)! It is also important to want to learn more than just what you are taught at the School, you need to be curious in this industry.

What advice would you give to somebody who is thinking of becoming a Chef?

What are the main sources of inspiration in your cuisine?

Products from my country inspire me. There are a huge variety of Colombian fruits and spices that I enjoy using in my dishes. I also try to adapt traditional French dishes to my origins. The aim is to try to find my personal style and create my “signature” dishes.

How important are your Colombian roots in your cuisine?

They play an extremely important role in my cuisine. Whether coffee, chili or “ceviche”, a number of Colombian dishes and ingredients appear on my restaurant menu.

What is your favorite dish?

It is difficult to choose one in particular but, when I was little, I loved my Mum’s lasagna.

I am not a great fan of sweet things but I recently made a dessert that I enjoyed which was a combination of chocolate, kiwi and sorrel. The freshness of kiwi and the sourness of sorrel are a really interesting combination with chocolate.

Apart from French cuisine, what is your favorite type of cuisine?

I enjoy modern bistro-style cooking; it really mirrors how I feel a meal should be. For me, it is a very important time, special and convivial.

Click the image to read our article
"Juan Arbelaez, restaurant owner and chef of the Marignan hotel’s Limon restaurant" 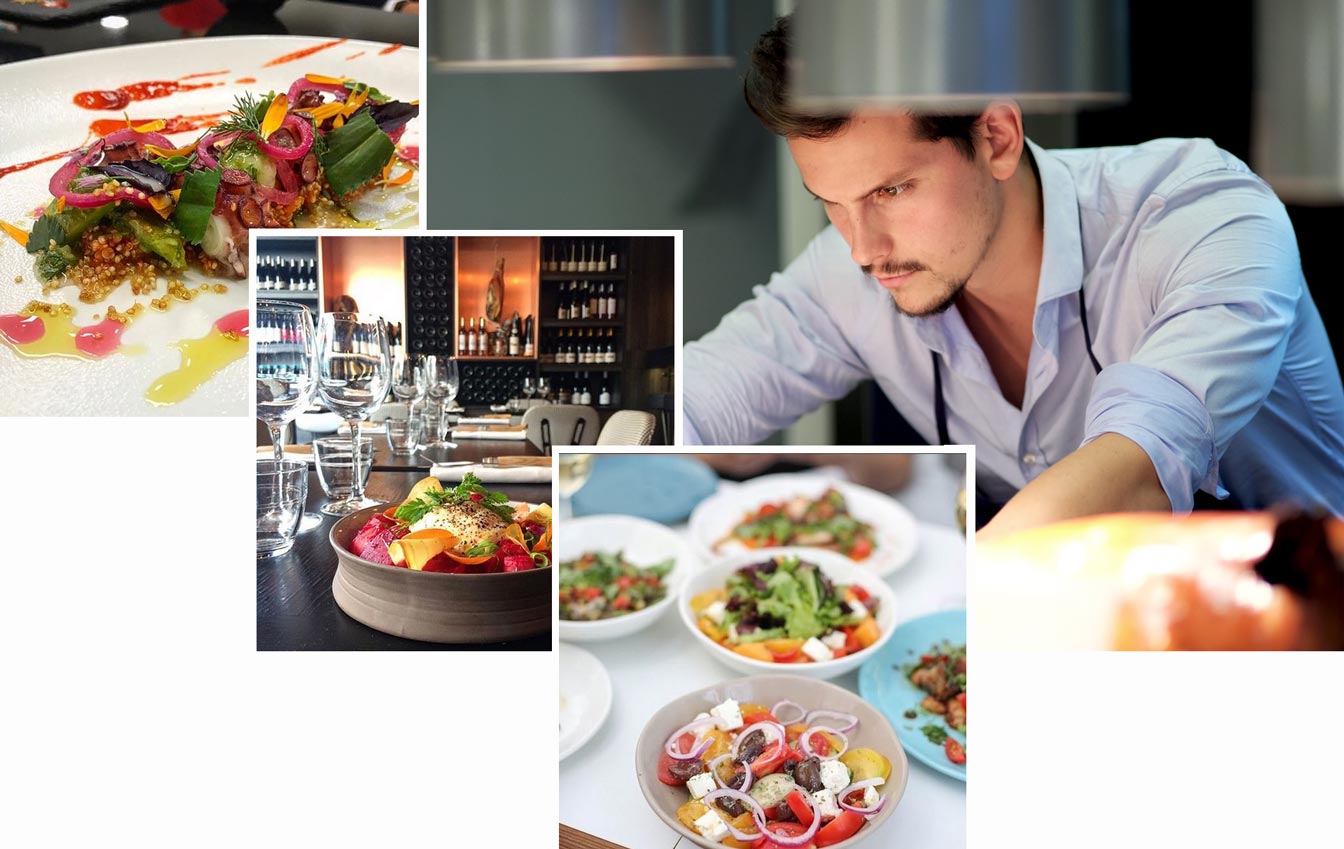