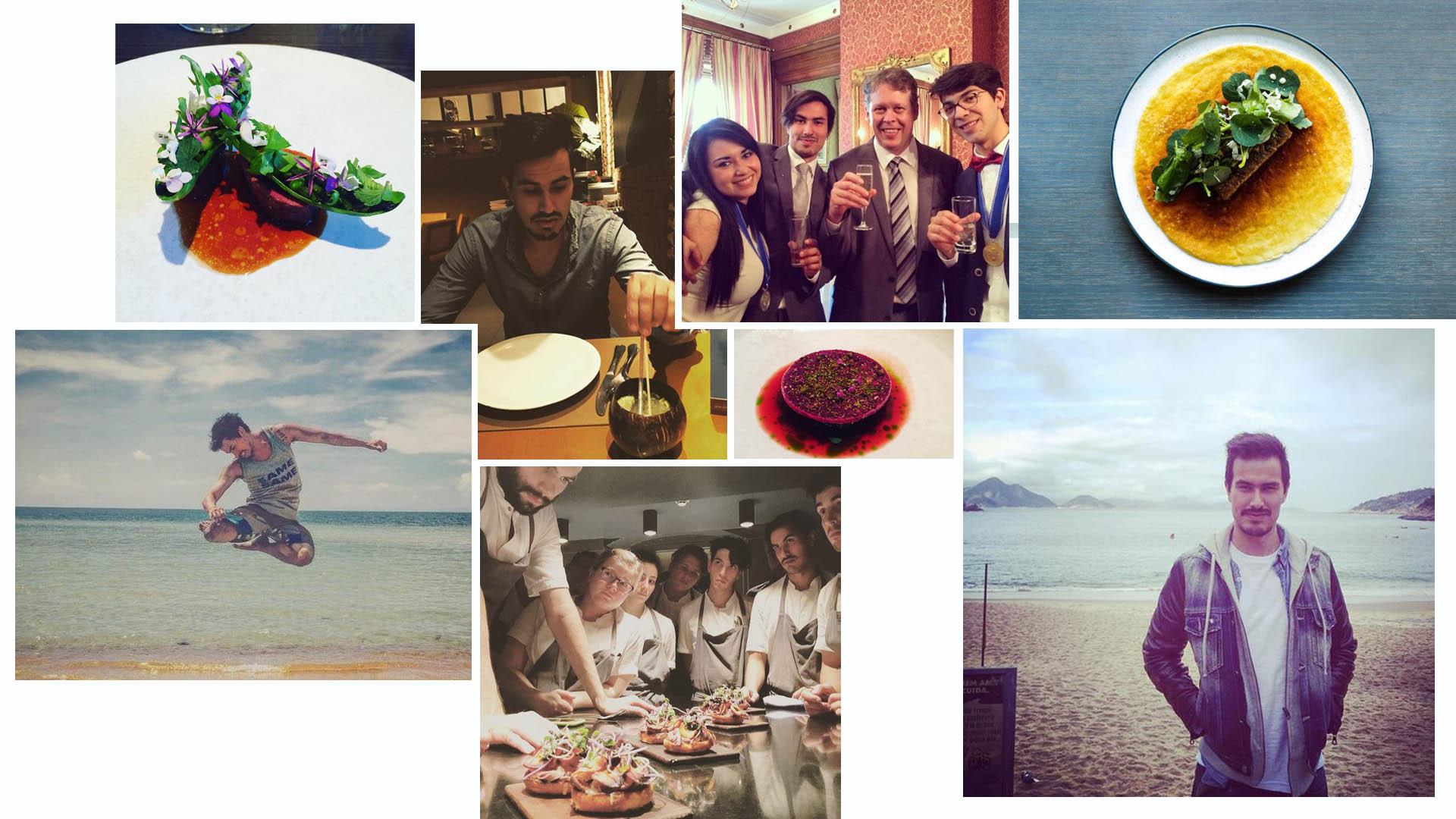 Javier Lopez, Colombian, studied classical music in Bogota before embarking on cuisine studies. In 2013 he obtained his Cuisine Diploma and works in Paris in various establishments, from bistros to gastronomic restaurants. Javier is now chef de partie in a Michelin-starred restaurant in Copenhagen.

Before I studied cuisine at Le Cordon Bleu Institute in Paris, I was pursuing studies in classical music in Bogota in Colombia. After a few years, I felt I had too much free time and realized that this was not really what I wanted to do. I have always been quite career oriented and the more I was busy and doing something productive, the more I felt alive. When I was younger I used to cook a lot at home, for my family and myself. If I wasn´t cooking, my dad enthusiastically prepared dishes for us, and let’s say his cooking talents were yet to be improved.

It is with the greatest challenges that we use our creativity to its fullest extent.

This is probably where my passion for the art of food started and the moment I decided that I wanted to study cuisine, and thus before joining Le Cordon Bleu Institute, I signed up in a cooking Institute in Colombia.

My favourite memory from my adventure at Le Cordon Bleu Institute is without saying the people I met and studied with. In the end, what makes studying and working easier and provides one with great experiences is the people that surround you and go through the same difficulties and fun times you yourself do.

After I obtained my Cuisine Diploma from Le Cordon Bleu Institute I worked for 3 years in different kind of establishments, such as Bistrots, Brasseries, Hotels and Michelin star restaurants in Paris to gain practical experience. I then felt like I wanted to try something new, something that would really challenge me, while at the same time also provide me with the greatest professional experience one can potentially have and thus I decided to independently apply for an internship at ‘Noma’ in Copenhagen. After I worked there for three months, I returned to Paris to work in another Michelin star restaurant for one more year. As I still didn’t feel French enough, and left my heart in Denmark, I tried my luck and scored a job as chef de Partie in a Michelin star restaurant in Copenhagen where I still am until this day.

Where are you now?

As I mentioned above, basically my actual adventure started with me seeking for a more challenging experience where I could learn as much as possible. Like Indiana Jones, I am never tired of greater adventures and the Danish capital city Copenhagen is known to have the best restaurants in the world. I believe that is already one good reason why I ended up applying for a position as Chef de Partie here in Copenhagen and I don’t regret my decision.

Be yourself. If you have ideas and creativity, use it. The best students are the ones that do things differently.

I must admit, I don’t believe in making plans. I try to live in the moment and see whatever comes up until I make a decision. I am a very content person where I am right now in my life and the only plan I have for the future is to learn as much as possible in my career as a chef.