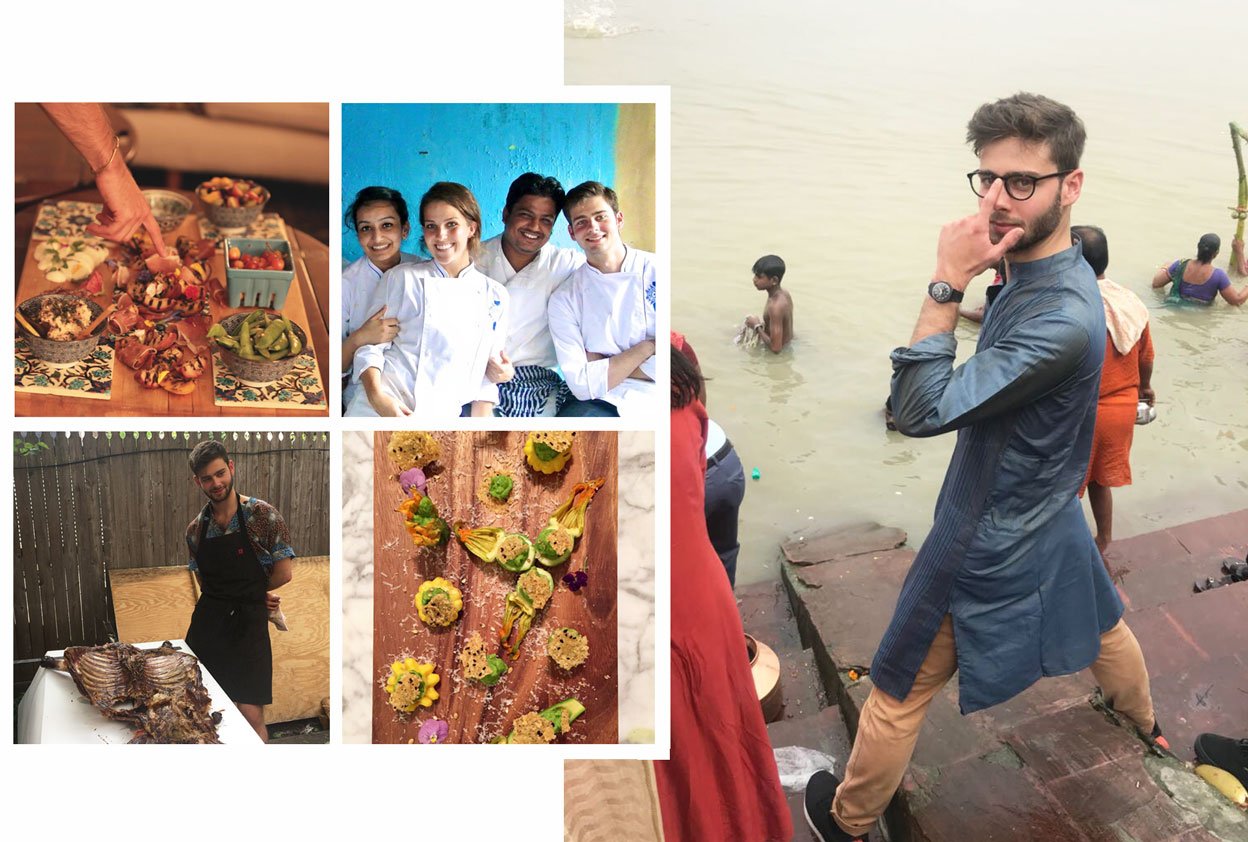 Henry is Franco-American and was born in New-York. Introduced to the world of gastronomy by his grandfather, the world of good taste has been an omnipresent feature in his life. He decided to learn all about French cuisine, studying at Le Cordon Bleu Paris between 2014 and 2015. In order to gain experience in cuisine, he punctuated his various certificates with periods of travel. He tells us his story…

Traveling to many countries around the world, I learned about local cultures and peoples through cooking.

I realized cooking is an indelible language, art form, and cultural touchstone no matter where you are, what you look like, or what religion you practice. We all sit around the table to eat, drink, and talk. Growing up, I spent many hours around the table with my French grandfather who embraced French fine dinning. So as a way to understand other cultures and ground myself in my own, I decided to study French cuisine at the famous Le Cordon Bleu in Paris.

What is your favourite memory from your adventure at Le Cordon Bleu Paris institute?

It was right before our final exam, during the Cuisine Diploma, and the class had just finished testing our unique recipes based on a basket of ingredients. We huddled together in the kitchen, tired and daunted. Our chef gave us a pep talk reminding us of the key concepts of cuisine:

Cook with passion and purpose, be organized and efficient, and have fun.

All of us students from around the world looked at each other suddenly inspired and ready to see all of us succeed. We stayed in the kitchen well past the end of class helping each other perfect our recipes. 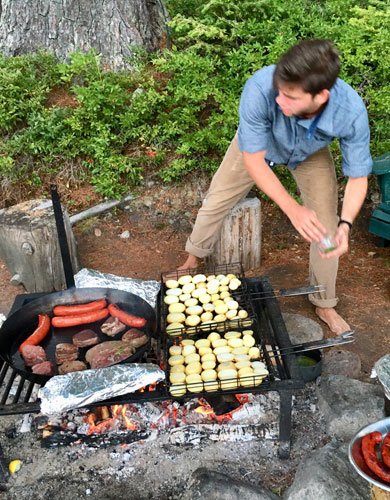 I studied anthropology and public health in college. I travelled to Mongolia, Togo, Egypt, Nicaragua, Uganda and many more places working for non-profits all the while learning to cook local food. Following my passion for cooking, I moved to Paris to study at the Cordon Bleu and worked as an assistant to the chefs. Between courses I would continue to travel but this time focusing on food: I opened a pop-up restaurant in Kolkata, India with a Le Cordon Bleu classmate, I cooked an asador with gauchos in Chile, and catered for the President of Anguilla. After LCB I moved to New York to work with Medicines Sans Frontieres/Doctors Without Borders and continue to cook private dinners.


What advice would you give to future students?

The skills you learn in the kitchen can apply to many other aspects of life. The organization, discipline, and strategic thinking I was taught by the Chefs at Le Cordon Bleu has helped me in my work in logistics with Medicines Sans Frontiers.

Where are you now? Could you describe your new life?

I am currently based out of NYC where I cater private dinners and host supper clubs working closely with local farmers and produce. I specialize in creating different dinning experience by using diverse ingredients and staging dinners in unusual locations. I also work for Medicines Sans Frontiers doing humanitarian logistics. I am preparing for a mission in South Sudan as we speak!

I will continue to work with Medecins Sans Frontieres doing humanitarian logistics. I hope to go places where no one else goes to provide medical care to those in most need. But my passion for cooking is also too hard to ignore. I hope to continue to cook, integrating new techniques and ingredients I pick up from around the world. And one day I’d like to marry humanitarianism and cooking, perhaps focusing on reducing food waste to feed vulnerable populations.