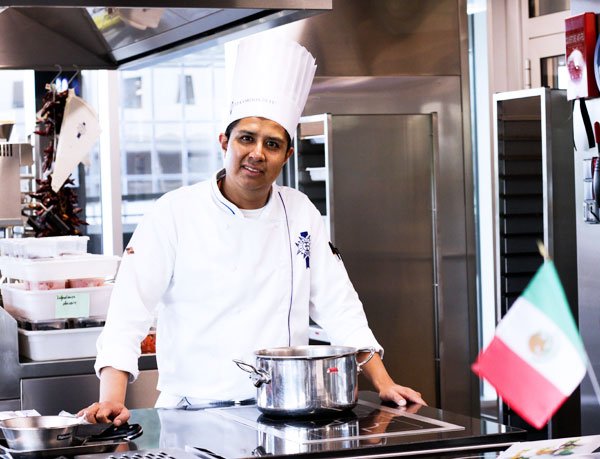 A lucky few then had the opportunity to take part in a 3 hour culinary workshop with the Chefs from Le Cordon Bleu Mexico institute. Eric Girardin, Vice-President of the France Mexico Friendship Group at the National Assembly, also took part in the workshop. This was the chance to discover the secrets of local Mexican cuisine and to make two Mexican dishes, using local ingredients, alongside Chefs Aldo Omar Morales and Cédric Carême. The two recipes made were: