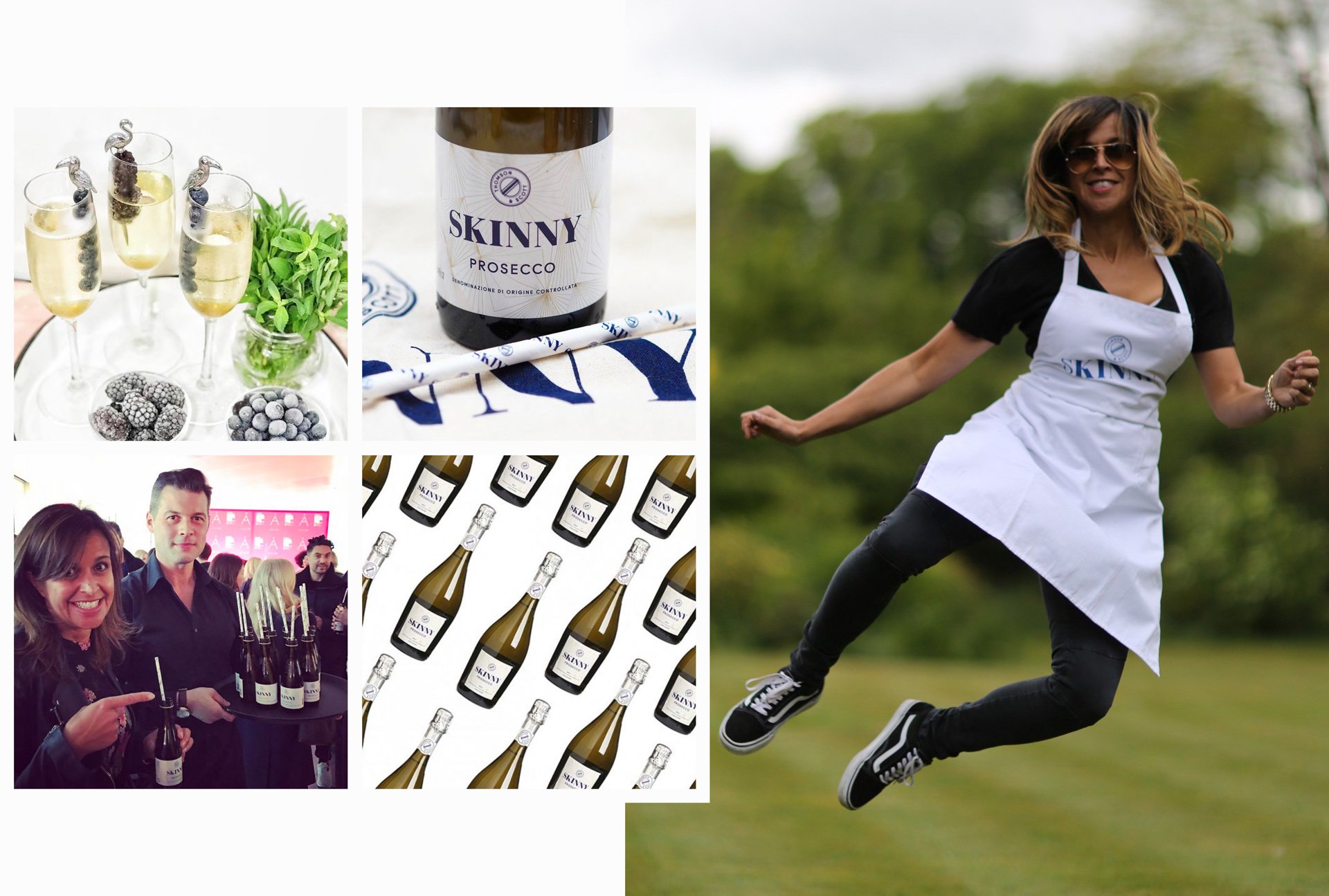 Following a career in journalism, Amanda Thomson joined the very first Wine and Management Diploma class. Meeting winegrower Alexandre Penet, during a tasting, was instrumental in deciding her future career. She learnt how to make sparkling wines using as little sugar as possible and launched Thomson & Scott Skinny Champagne and Prosecco.

Enrolling at Le Cordon Bleu Paris was a far from obvious choice for someone like me coming from a journalistic background. Before coming to Paris I had been working as a BBC arts broadcaster. It was a career I really enjoyed, but a long-standing dream to become an expert in wine proved the stronger love. I was a member of the first cohort into the new Wine and Management Diploma, and was drawn to Le Cordon Bleu Paris because of its reputation, its location, and the thorough grounding in wine the course provides.

This can only be the night I met winemaker Alexandre Penet at a tasting! I was brought up vegetarian by a health food pioneer mother, and have always been very interested in healthy eating. Somehow wine didn't have the same resonance with me because I didn't realise which ingredients, aside from grapes, could be in the bottle. Alexandre explained how he harvested the best grapes at the optimum time and used a zero dosage production method. It was a eureka moment that directly led to the creation of Thomson & Scott Skinny Champagne, and later organic, vegan Thomson & Scott Skinny Prosecco.

I enrolled at Le Cordon Bleu knowing I wanted to change career from journalism to wine, but with no clear idea about which field I'd join. I considered becoming a sommelier, or perhaps returning to TV as a wine broadcaster. Instead, once I discovered about natural wines and how to produce sparkling wines with as little sugar as possible, I knew I'd found something I could market in the UK. I formed a company called Thomson & Scott, and started work on creating Skinny Champagne. Five years later I'm producing three sparkling wines - Thomson & Scott Skinny Champagne Grand Cru Brut, Skinny Champagne Grand Cru Rosé and Skinny Prosecco, with more in development.

Where do you live now?

I'm now living in the UK, dividing my time between London and Winchester. My wines are selling all over the world, so I'm travelling a lot - this year I've been on numerous trips to Italy, France, the US, Ireland and Portugal. My wines have made newspaper headlines all over the UK (and beyond), and we are stocked in restaurants, bars and upmarket stores.

Be single-minded. The world of wine can provide many career paths, but if you can specialise you'll find it easier to progress.

And never be afraid to ask questions. If I hadn't asked producer Alexandre Penet to explain the zero dosage sparkling wine method to me then Thomson & Scott Skinny Champagne would never have been created.

I'm working hard for Skinny Champagne and Skinny Prosecco to become global brand names. Just as importantly, I'm campaigning for transparency in wine labelling. There is no legal requirement to list the ingredients in alcoholic drinks in the UK, and I don't think it is fair for consumers to drink colourings, chemicals, and excess sugar without realising. We're committed to creating the best quality, most natural wines we possibly can, and having a lot of fun doing so. We take our sparkling wines seriously, but that doesn't mean they're not parties waiting to happen!