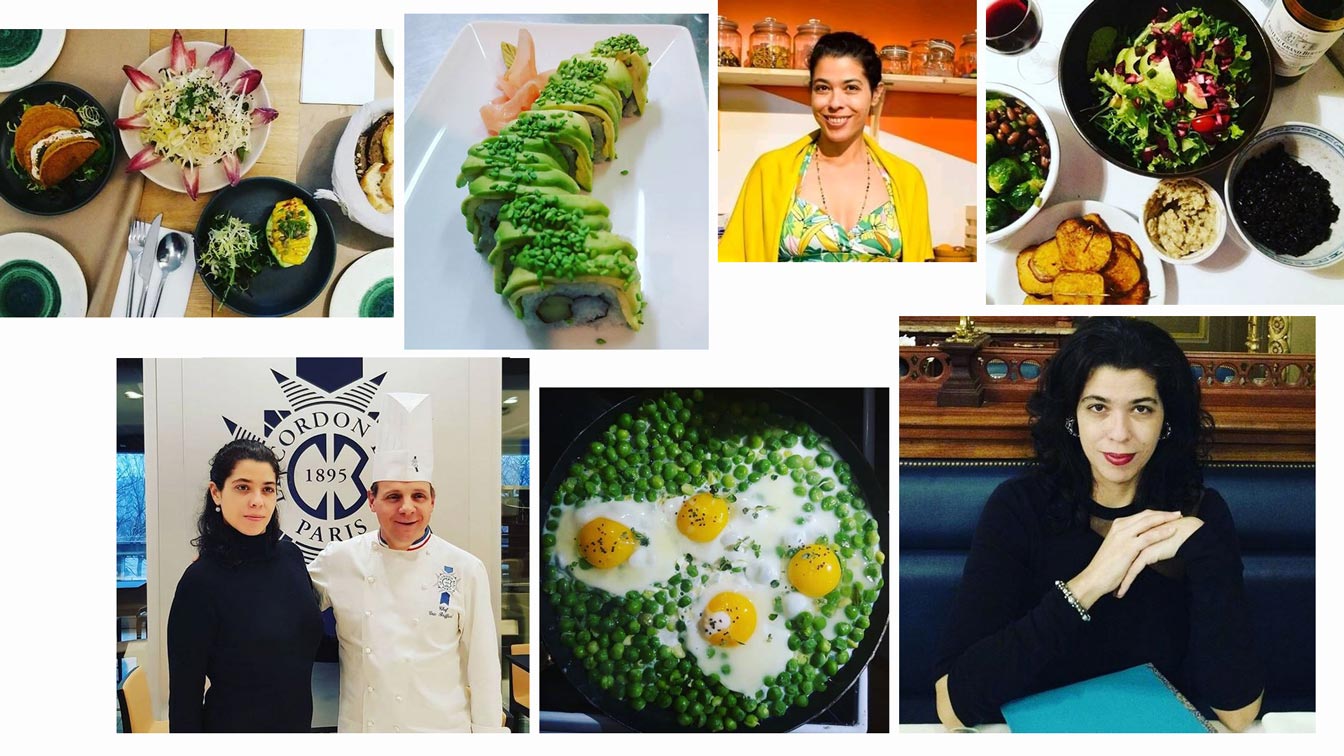 Of Brazilian origin, Rebecca Lockwood graduated with her Cuisine Diploma in 2002. Since then, she has worked in a variety of restaurants throughout Europe and even owned her own restaurant. Rebecca is currently Madonna’s private chef and writes articles on two subjects about which she is passionate: the history of art and gastronomy.

I am totally obsessed about food. I loved watching my father and mother cook. Family meals are my best memories. After, I enjoyed preparing meals for friends. The rituals around the table and the relations we create while doing food fascinate me until today. When I graduated in Journalism, I felt something was missing so I decided to go after my passion. I went to Paris to learn how to really cook. I choose Le Cordon Bleu because it is the best cooking school in the world.

What is your favourite memory from your adventure at Le Cordon Bleu Paris institute?

Paris is probably the best place to study. The French consider cooking as culture, a real manifestation of art, and they are the only ones who really value it. Nowhere in the world you can get this. That is a big lesson.

I did my schooling in Paris at Le Cordon Bleu. After some training at the Michelin-starred restaurant Pavillon Le Doyen, in Paris I went to Lisbon. Finally I became a private chef to a very traditional family in Portugal. Working for the Pereira Coutinho meant cooking for all the kings and queens of Europe, politicians, and for several and several times. After these amazing years I opened a restaurant in Brazil which I sold a couple years later. Now I just moved back to Paris and have been working all around Europe.

What advice would you give to future students?

Do a new recipe every day. Listen to the elder chefs and be patient, time is your best ally.

Be open minded and ready to try new things all the time. In our profession, we are always learning no matter how much we already know.

I've recently been cheffing for Madonna and this is really amazing. I work for her a month then take a month off when a New Yorker chef replaces me. And that's my life now, she hired me after trying my food in Portugal last summer in a restaurant in Comporta.

I also write in a food column for an art magazine called Babel, published in Brazil. I have gone deep in a research that relates the 'History of Food' to the 'History of Art' and created, together with an artist and another chef, a pioneer cooking course in a Visual Art School. No doubt at all, cooking is art. We do food performances and love teaching.

Life is an adventure and in this profession I feel I can go everywhere doing what I love.

I know what I'm doing after all these years of practice and research. I feel professionally self-fulfilled and excited for the future.

I will go on cooking and doing journalism. I already have some proposals and while I have energy, I will go on.