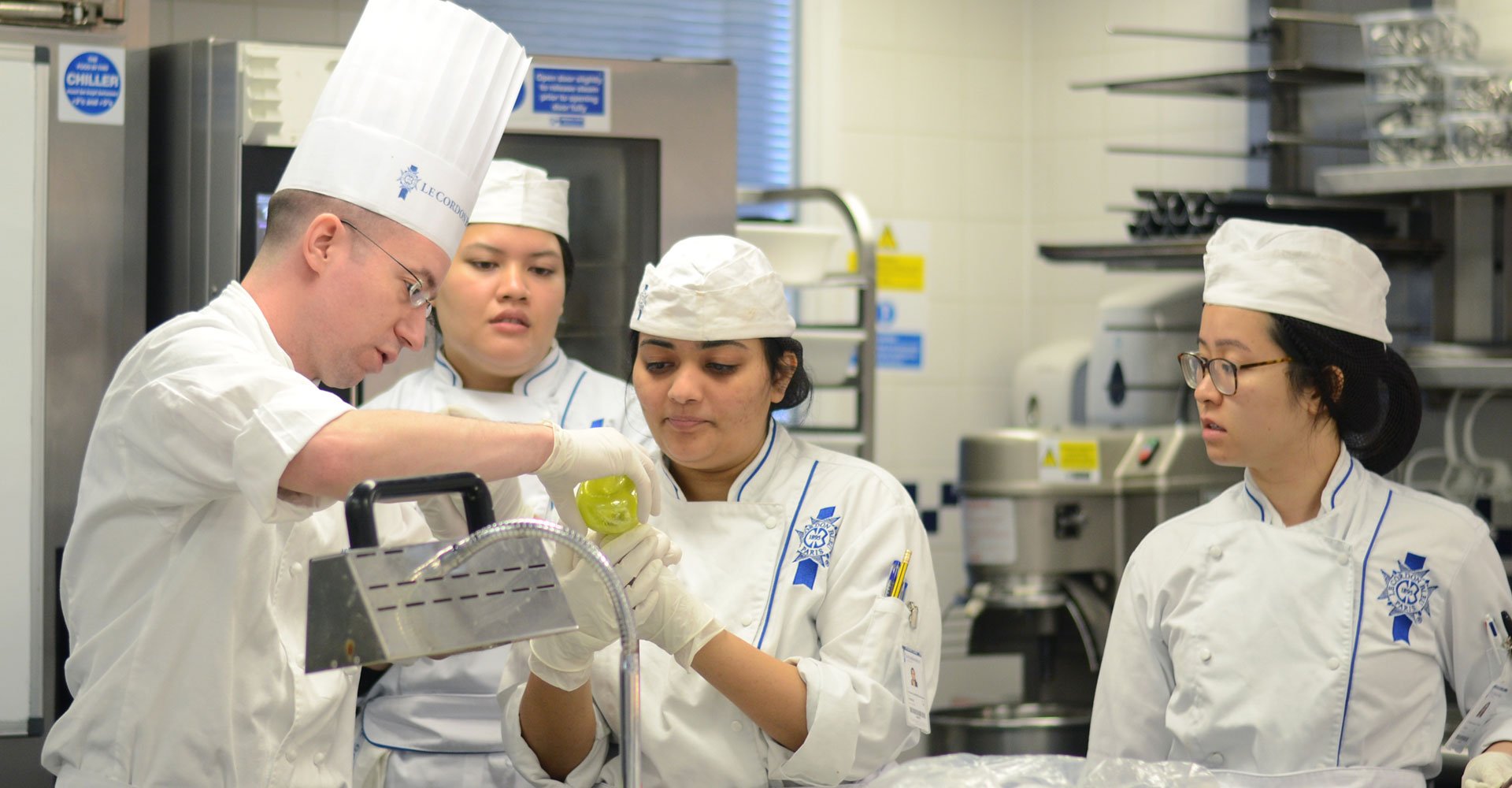 Born in Nancy, France, Chef Nicolas studied pâtisserie for 5 years as an apprentice at Restaurant Hammerer where he trained under an award-winning mentor, Jean Claude Hammerer (Pastry Chef of the year 2000). After working in 5 star hotel, Chef Nicolas travelled to England where he set up his own pâtisserie: Macaron - that won the TimeOut Best London Pâtisserie 2006. Chef Nicolas joined Le Cordon Bleu in 2010 as Pâtisserie Teaching Chef.

What is your earliest food memory?
I was about 6 years old and I remember my mum dropping a lemon tart on the floor after she accidently burnt herself. After that I just wanted to make it better and ever since then food has been my passion.

Three words that fulfil what you need to succeed in the culinary world?
Perseverance, dedication and patience.

What do you love the most about the culinary scene here in London?
There is so much more of a world influence here in London. Here I have learned how to use influential parts of other cultures to improve or add a different angle to your local food.

There is so much more of a world influence here in London.

What is your favourite ingredient to work with?
I love working with sugar, and think many patisserie chefs would naturally give the same answer. You can use it to create so many different forms, from a simple confectionary item to an artistic centre piece that is a complete show stopper.

You’ve competed in several competitions, and made second place in the French Festival National du Croquembouche in 2002 and eleventh in the Festival International du Croquembouche in 2004. What do you most enjoy about competing?
I wish I could compete more often and if I had more time I think I would. I get the biggest buzz from mixing with other professionals from around the world. These occasion are assembly’s of some of the greatest culinary talent in the world, there is also quite a bit of drama anticipation around preparing and planning six or so month in advance of a competition.