Chef Jean-Thomas has extensive experience working in stores and gourmet restaurants such as L’Arnsbourg, L’Espérance and Hotel George V for many years so he truly knows the importance of hospitality. He also led the pastry team at the Parisian café Café Pouchkine alongside Chef Emmanuel Ryon.


In 2012, he founded his own pâtisserie consulting firm, JTS Consulting where he provides professional services to those looking to excel in the industry.

Throughout his career, Chef Jean-Thomas received numerous accolades, and in 2017 he was crowned World Champion at the Coupe du Monde de la Pâtisserie (Pastry World Cup). 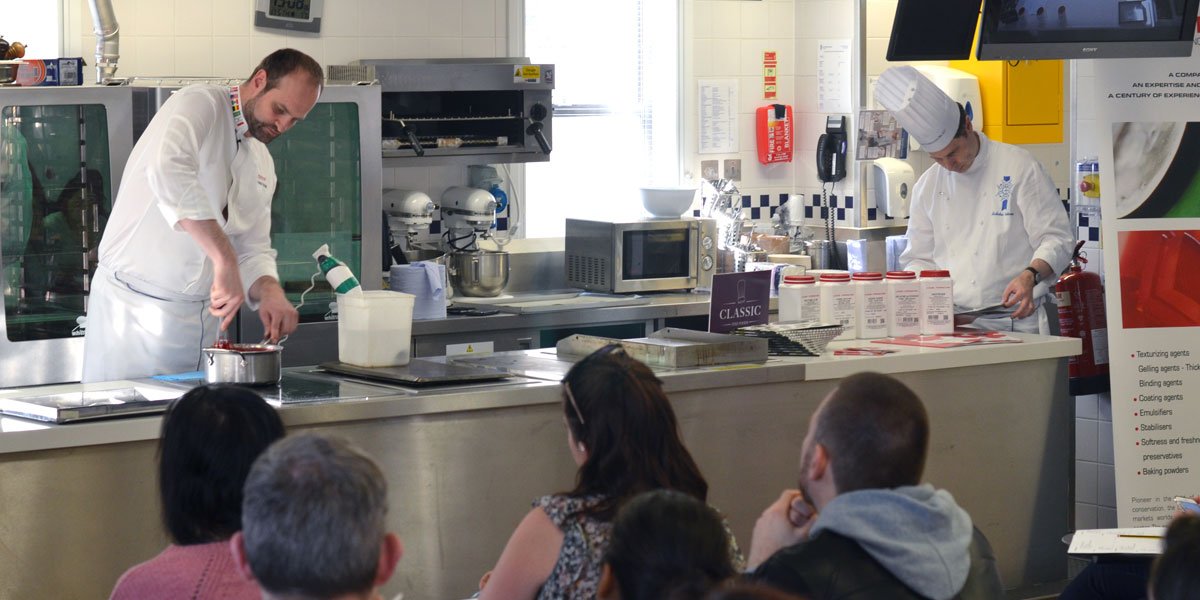 The desert was expertly made, aesthetically appealing and intricate with a combination of five layers. Starting at the base was the pain de gênes orange (moist almond cake), followed by the pâte de fruit framboise (raspberry fruit gel) and pailleté feuilletine (wafer plaque), then crowned with the crémeaux framboise à pocher ((poached raspberry cream) and crémeaux chocolat noir (dark chocolate cream). 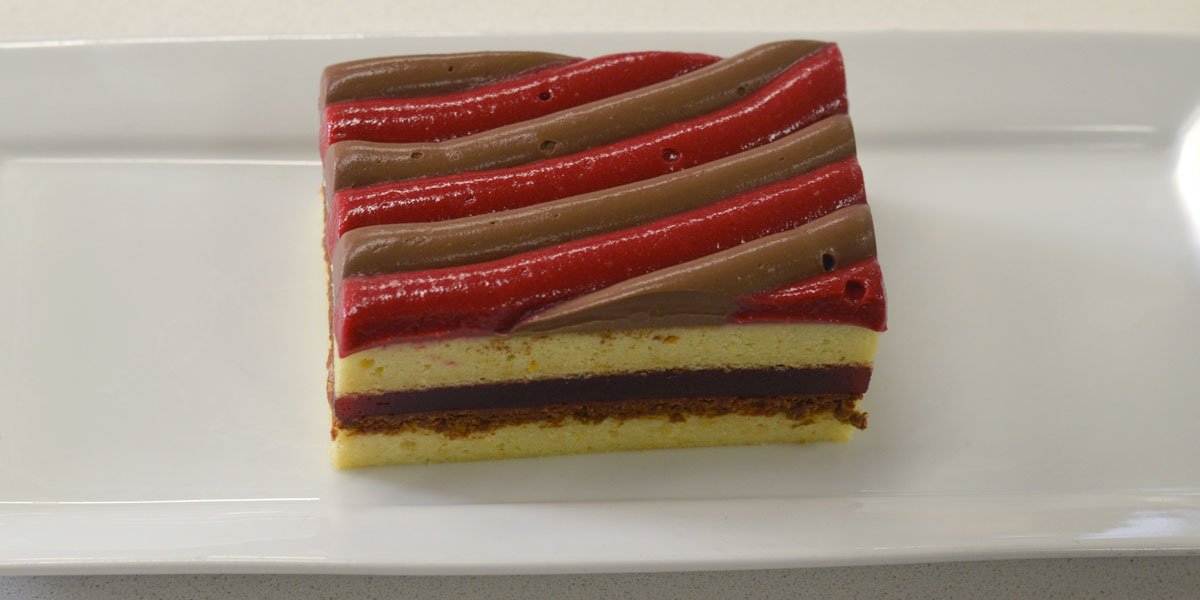 The enthusiastic students in attendance learned advanced pastry techniques. Contributing to the cheerful atmosphere, Chef Jean-Thomas occasionally shared a few jokes and attendees asked a lot of questions which made it a very engaging evening. No doubt everyone walked away from the demonstration feeling confident knowing they have picked up new a recipe to try themselves.