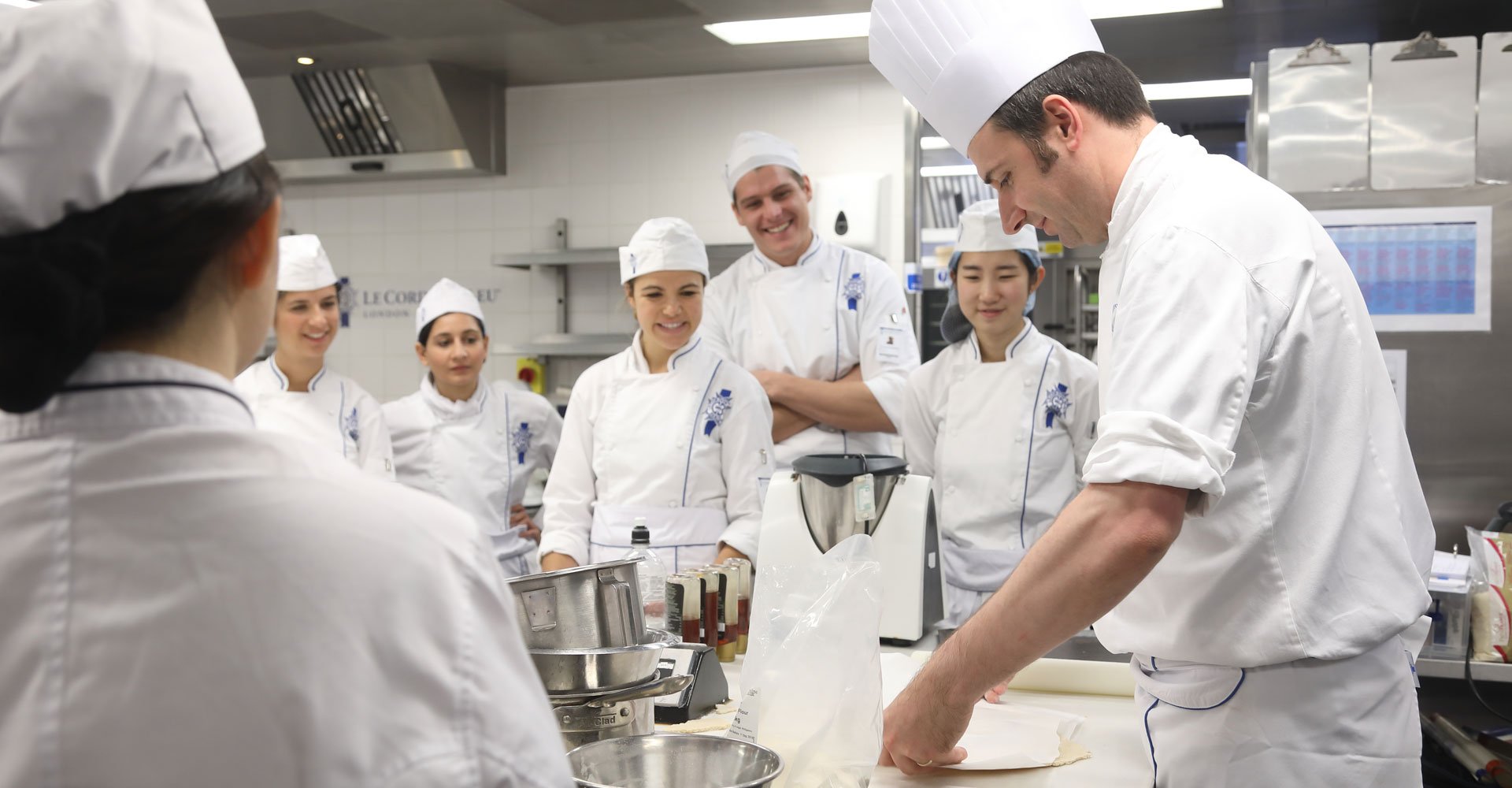 Chef Jérôme grew up in the South West of France where his professional Pâtisserie experience began with Michel Belin, an award winning Chocolatier based in Albi.

After gaining a Mention Pâtisserie he moved to Paris and spent 6 years learning the classic Bourgeois style of cooking working at different 3 Michelin star restaurants; Taillevent, L’Ambroisie, the Avant-Garde Chef Pierre Gagnaire and the 1 Michelin star Meurice Hotel. Chef Jérôme then moved to Ireland to take his first position as Head Pastry Chef at the 2 Michelin star restaurant Patrick Guilbaud in Dublin. After moving to London he spent 3 years as the Head Pastry Chef at Harvey Nichols Department Store in Knightsbridge. His curiosity for fine pâtisseries lead him to his next position in the product development team for Gü. Many of his creations are now enjoyed by millions worldwide. During his time he also launched a chocolate cookbook that is now sold by many of the major bookstores.

What made you want to be a chef?
Well, for 10 years, I attended the School of Music in France playing the saxophone in the orchestra and wanted to be a musician, but many of my friends were chefs and I started to become really interested in their jobs - and it all began from there.

What makes Le Cordon Bleu so unique to you?
It’s fantastic to be a part of something that is so prestigious and recognised around the world. The skills that the chefs have are second to none!

What is your earliest food memory?
My granddad was a carpenter- and a busy one at that! But on some very special occasions, he would prepare snails. He would go to the garden after a rainy day and collect them. He fed them with flour for a few days, and then on the day of eating he would wash and clean them with rock salt and vinegar six times, then cook them with parsley, ham and garlic.

The skills that Le Cordon Bleu chefs in London have are second to none!

Do you have a favourite ingredient to work with?
It really depends on what mood I’m in, but if I really have to choose one, it will be chocolate.

What is your favourite kitchen gadget?
The kitchen aid. I am not sure if I can call it gadget, but it’s very handy.

You’ve created many desserts whilst being in the product development team for Gü – including the delicious gü-zillionire, salted caramel melt in the middle, pecan and maple cheesecake pie! So what are the main challenges when you are creating a new product?
There are many challenges. It’s a team effort, but as a team it’s important to never give up until you explore all the possibilities. Challenges that may be faced are most likely to be related to: ingredients, sourcing, manufacturing, packaging, storing, logistic, anything really and sometimes it’s the least expected!

What advice would you give perspective students looking to join the product development industry after leaving Le Cordon Bleu?
To be very open minded, be curious and be interested in all different kinds of fields such as;- food trend, ingredients, countries and techniques. Do not have any prejudged mind about anything. Organisation skills is also a must have.