Passion, systematic, discipline, and diligent practice are the four pillars of Chef Thierry’s guidance to his students. Born in the picturesque town of Normandy, France, (yes, it was the historical site of WW2 as well) he has always shown a great passion for bakery and patisserie. With talent in the art of pastry, Chef Thierry started his apprenticeship as a baker, Patissier, chocolatier and confiseur. He was blessed to begin it all in Normandy, a place blessed with rolling countryside with pastures of dairy cattle and apple orchards, making it famous for its fresh cream, milk & cheese products, as well as apples.

Since he was young, Chef Thierry has shown an inclination towards culinary arts, and through his various apprenticeships, he has been repeatedly recognised as the best apprentice in various specialties; from bakery to patisserie. Have you heard the slogan, “Join the Navy, see the world”? Apparently that’s is what Chef Thierry may have also heard. So, Chef Thierry joined the French Navy and served for two years, and did get to go around the world during his service in the navy.

His thirst to see the world is what brought him to Malaysia. After receiving his Diploma from CFA, Alencon France, one of the countries he set foot in was Malaysia. In the early nineties, he worked for several 5-star international hotels including the prestigious Federal Hotel in Kuala Lumpur, and the Equatorial Hotel in Penang. In his journey around these parts of the world, Chef Thierry continued to learn about the cultures, the people, and food. He gained knowledge of the various types of foods from this part of the world, mainly Malay, Chinese and Indian cuisines. Apparently, Chef Thierry admitted that Nasi Lemak is one of his favourite dishes to cook when he is at home. 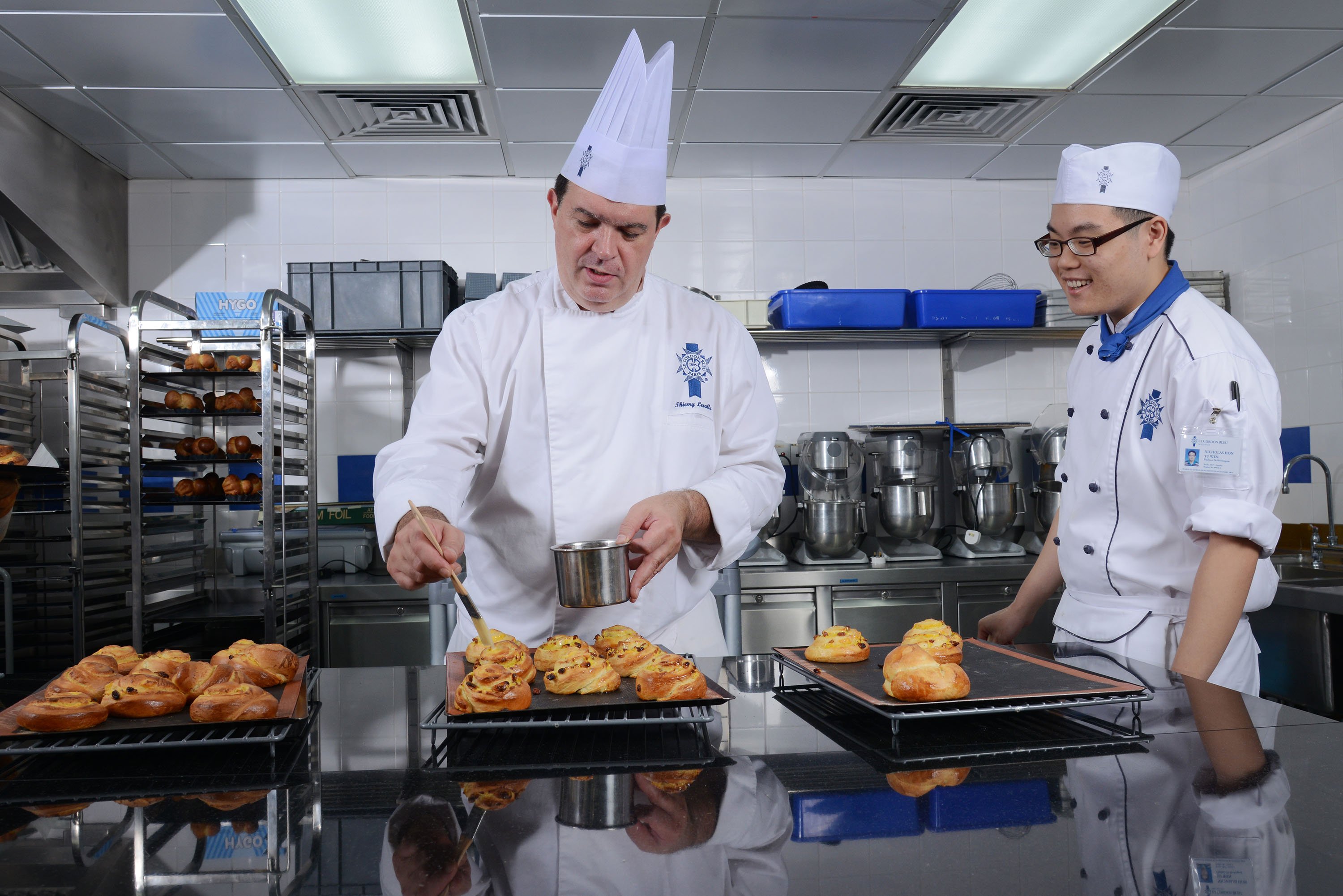 Not being one to be still, Chef Thierry wanted to see more of the world. So after several years in Malaysia, he then set off to South Korea where he became an executive pastry chef in a 5-star hotel. Then later in 2003, he arrived in the lovely paradise of Mauritius and one of his achievements was the recognition of his skill and talent in baking, sugar and chocolate art (hmmm yumm) in the prestigious annual Bernard Loiseau Culinary Festival in Mauritius (A Michelin-starred culinary competition). His talent for beautiful creations made such an impact and distinction to the participants and guests there. Just imagine being in such a paradise, surrounded by the most beautiful beaches in the world, and savouring the beautiful and delectable confectionaries made by such a master, wouldn’t you consider that perfection?

Later, consequently with his appointment as the Head of Pastry Chef at the Sunway Le Cordon Bleu, coupled with numerous years of experience in the industry, starting in France, to all around the world, he brought the patisserie programme to great heights. Then, after a stint at the Le Cordon Bleu School in Seoul, Korea, he is back in the Malaysian school as the Pastry and Bakery Chef Instructor to commence the Boulangerie programme. Being a patient teacher, he is well loved by students and colleagues alike. 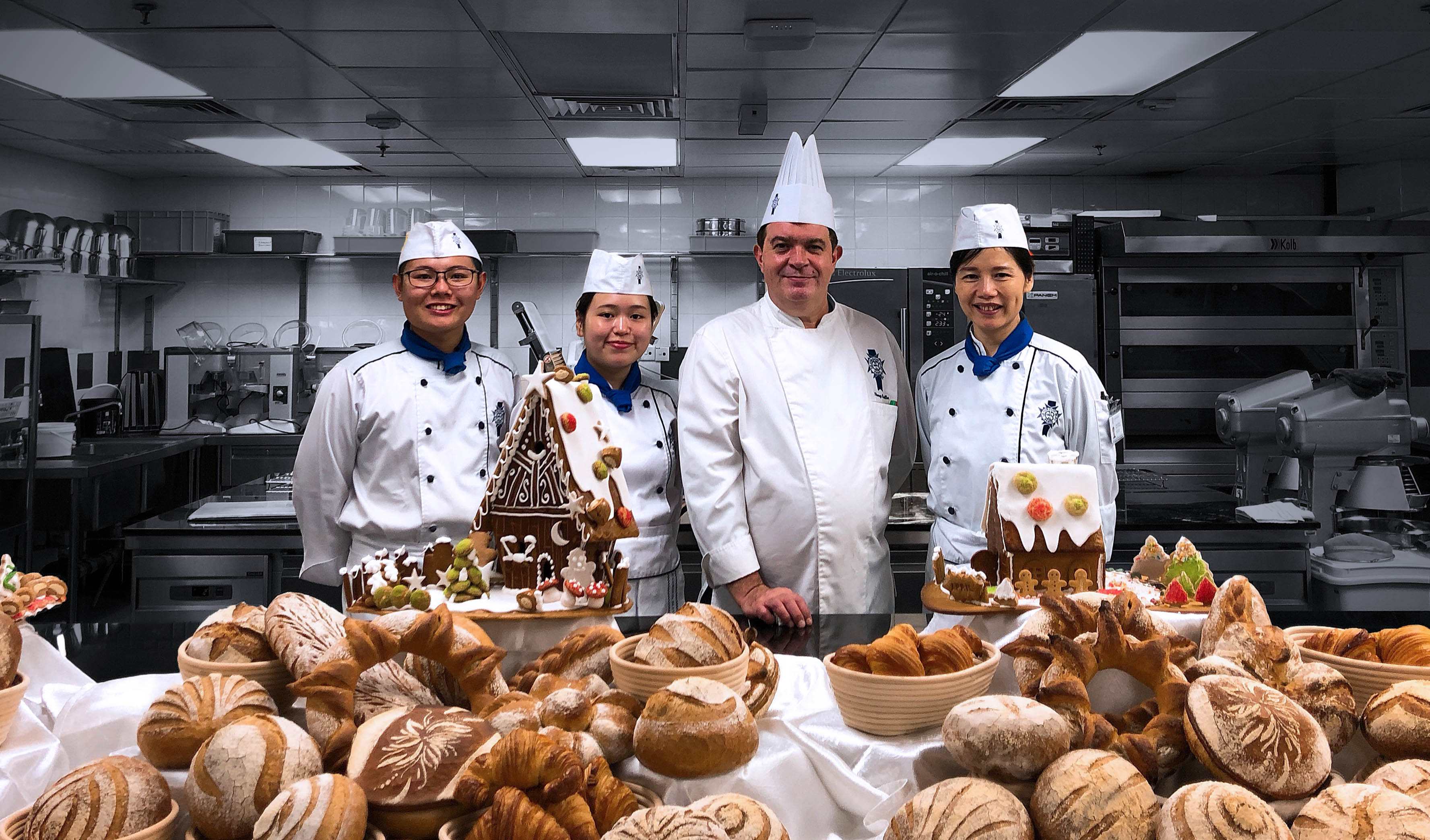 Find out more about the courses offered in culinary arts at Sunway Le Cordon Bleu Malaysia, and learn from renown masters like Chef Thierry.