Did you know that the delectable Danish pastries did not actually originate from Denmark? It was actually French. And it was born out of a young baker’s mistake.

Fun Fact: It’s so famous today, that if one was having breakfast in the US, you could just say “I would like to have Danish” without having to mention ‘pastry’, you would be perfectly understood, since it is a staple breakfast there.

So, how did this yummy and distinct food come about? Well, the story began in the early 17th century when an apprentice baker named Claudius Gelee who had forgotten to add butter to the flour when making bread dough. Realising his mistake, he tried to cover it up instead. Now we all know that feeling when we mess up. Probably fearing his master’s wrath, he tried to fix the mistake by putting chunks of cold butter between the folds of butterless dough as he kneaded it. The resulting dough was so different from the normal dough that Gelee thought he was going to get fired for his fiasco. However, the dough was the lightest dough the French bakers had ever eaten. Additionally, the bakery’s clients loved it so much that Gelee opened his own café in Paris where he served the pastry dubbed ‘the thousand leave pastry’. Some years later, he opened another one in Florence, Italy.

From Italy, the recipe spread to the Austrians, who introduced it to Denmark during a strike by Danish bakers. It was imported as ‘Viennese bread’, and eventually Danish bakers who emigrated all around the world brought with them this recipe and today we know this delicious thing as Danish Pastry. 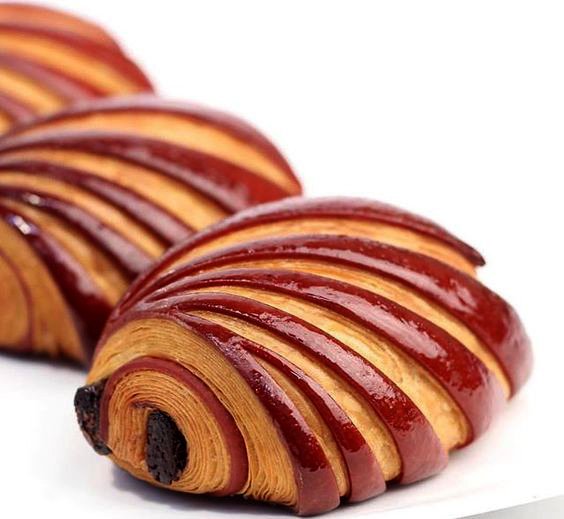 You surely would have seen the alluring golden Danish pastry selections in a breakfast buffet spread in hotels. That’s because Danish is always brushed with an egg wash and sprinkled with coarse sugar before baking. Absolutely delicious!

Speaking of delicious, Danish pastries are such a joy to partake. The sight of the pastries is captivating, with the sheen of the light reflecting off the golden-brown surfaces triggering an appetising reaction. The heavenly aroma of butter has the power to make one salivate. Taking a bite into the pastry, the distinctive light crispy pastry dough is absolutely delightful to the palate. With each chewing motion, the pastry flakes melt and transform into sweet pleasure that simply explodes in the taste buds before disappearing completely down the throat.

(Feeling hungry? It's alright, you can take a pastry break here.)

Danish pastries come in many delicious shapes and sizes today. The type very commonly found in the US is called the Turnover. The variation of this type is called Envelope or Pocket. And there is a type called the Danish Pinwheel. There are many other shapes of Danish pastries, such as swirls, combs, squares, braids, crescents and horns, with fillings just as varied.

Well, these glorious mouth-watering delights can also be made and baked by you. Sunway Le Cordon Bleu offers Diplôme de Pâtisserie alongside the Diplôme de Boulangerie courses that allows you to learn and master the techniques and skills for all types of Danish pastries. Learn from the experts and even the Le Cordon Bleu Master Chef from France. Yes, from the birthplace of the delightful Danish pastries. 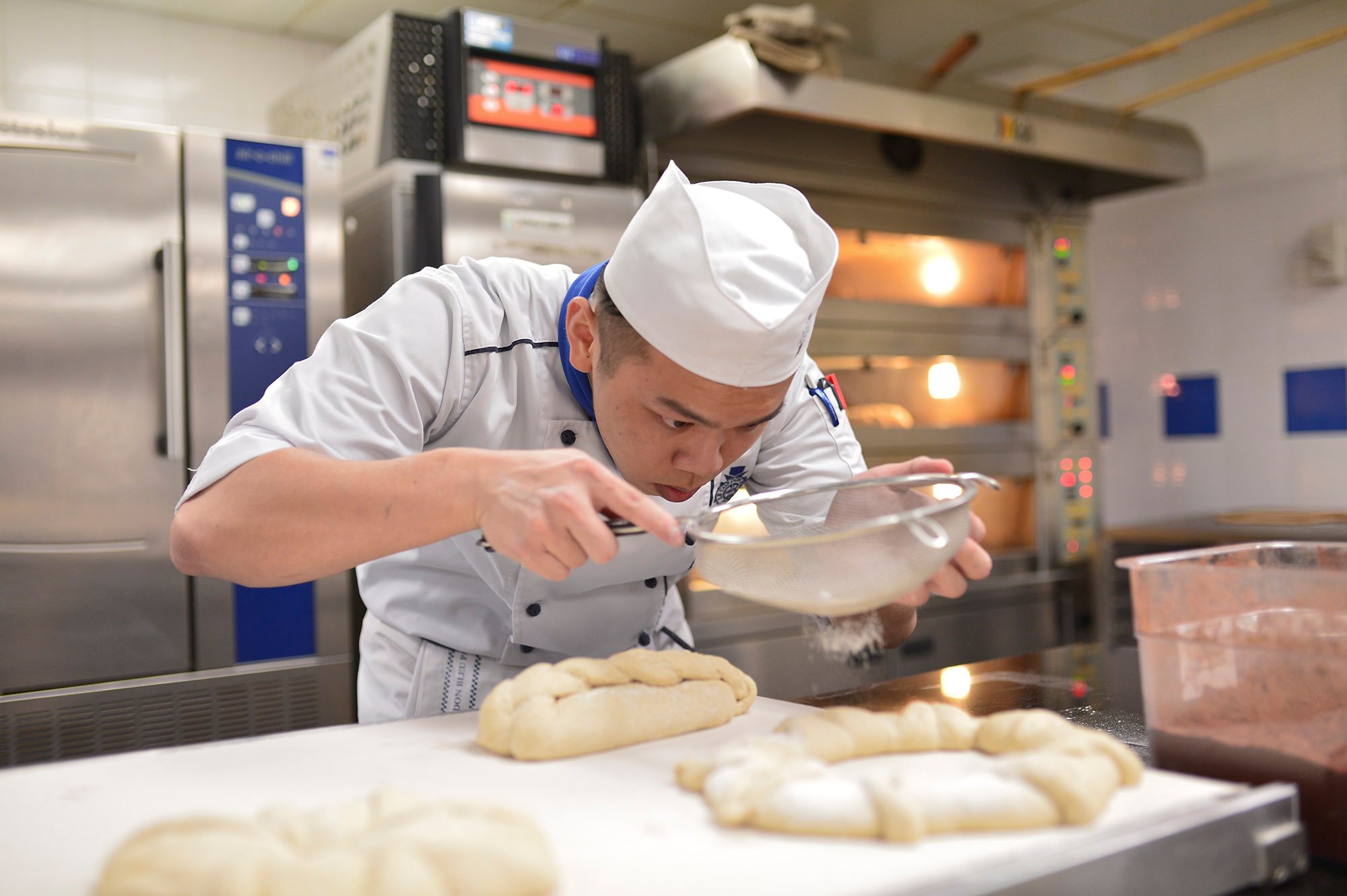 Find out more about other courses offered in Sunway Le Cordon Bleu Malaysia: