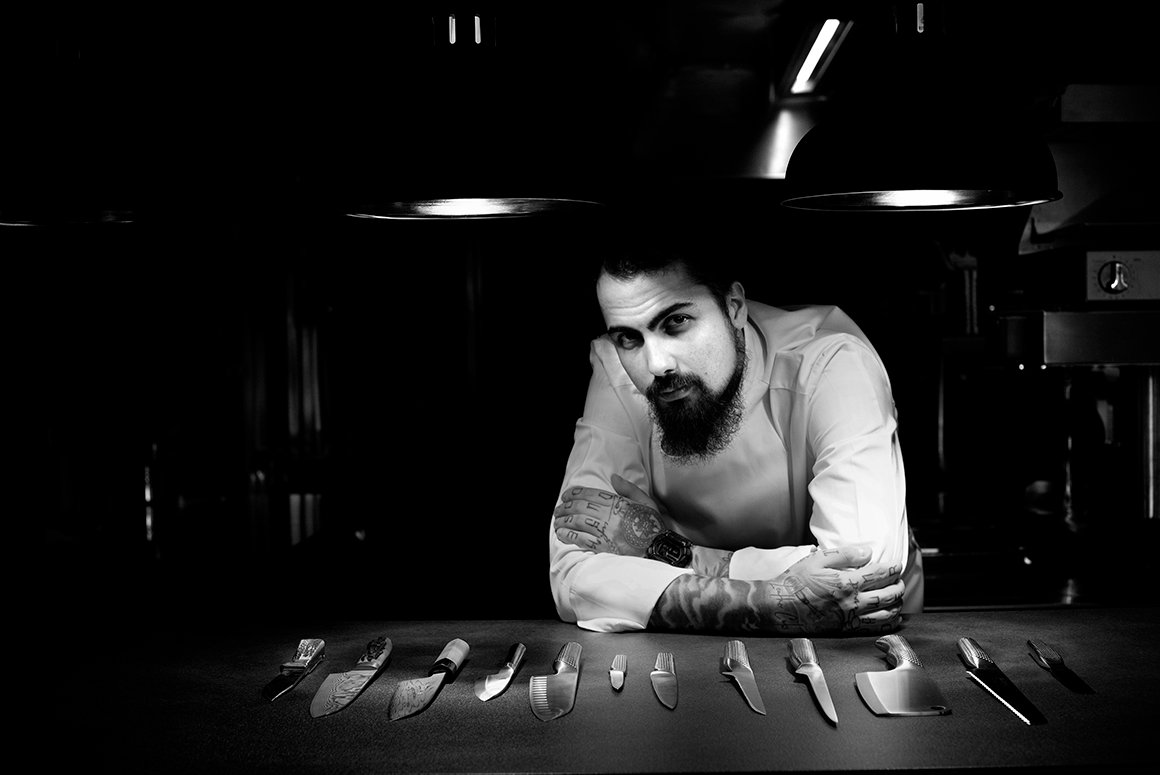 Restaurateur Radu Ionescu updates us on life since he graduated Le Cordon Bleu London in 2015 with a Grand Diplôme® and a Diploma in Culinary Management. He now runs his own restaurant based in his native Bucharest, Romania called ΚΛΙΛΜO̲.

Can you tell us about yourself, where you’re from and your background?

"My name is Radu Ionescu, I was born and raised in Bucharest, Romania and have been living there until 2010 when I moved to London in order to pursue a career in Global Business Management, so I applied for an undergraduate degree at Regents University. Following that, I finished a master's degree (MA) in Marketing Communications at University of Westminster and then, suddenly, a passion that turned into a gastronomic obsession led me to the gates of Le Cordon Bleu London and the rest is history."

Why did you decide to study at Le Cordon Bleu London?

"Whilst I was still at university, I started cooking at home, but I never thought about doing it on a professional level. I decided to apply for a short culinary course that could teach me a thing or two about cooking, so I could get a real sense of it all. After some research, I found out about Le Cordon Bleu and its prestigious heritage and philosophy, which had such an impact throughout history. It felt like love at first sight. I thought I didn't stand a chance there and that someone like me wouldn't cope with that high level of gastronomy and technique. I remember that I was so nervous when I applied, but in the end, I got accepted and it quickly became my second home from the moment I received my induction pack."

Could you tell us about your Grand Diplôme® studies?

"Obviously when applying, I wanted it all. The whole lot. I was so hungry to learn everything possible about the world of food and learning what becoming a chef really means from the foundation up, through the whole process, step by step.

"What this diploma taught me from day one is discipline, conduct, behavior, respect and honour. Life principles and perspectives I keep with me today and never let go of no matter where my cooking takes me. I owe so much to this school, its classes, its staff, its great teachers that became mentors and guides. How Le Cordon Bleu London defined my perception and career in just a few months is hard to put into words but nevertheless, my gratitude and highest respects go to this institution."

How did the Diploma in Culinary Management assist you with starting your own restaurant?

"It broadened my horizons; no doubt about it. It brought to light aspects of business that acted as a kind of 'mise en place' for what was about to come next, providing me with a set of skills that only got more accentuated in the months that followed. Perhaps even more importantly, it offered me a new perspective of what was happening behind the scenes in a business and what it really looks like beyond the glamour and sparkles of an open kitchen during a Friday service."

Did you work in a professional kitchen after your studies at Le Cordon Bleu London?

"Not only after, but during my studies too. Having the weekend off from school, I wanted to see how my studies applied in the real world, so I started working in a small neighborhood restaurant called Saporito, before movining on to luxury hotel, The Doyle Collection's Bloomsbury Hotel. I then worked alongside rockstar Chef Ollie Dabbous at his very own 1 Michelin-starred restaurant Dabbous, where I remained for quite a while even after I completed my studies."

Can you tell us about your restaurant, ΚΛΙΛΜO̲?

"ΚΛΙΛΜO̲. A symbol of change. A concept of contrast. A story that underlines the fear of mediocrity and the tendency to exploit the peak of potential and constantly strive for the absolute. ΚΛΙΛΜO̲ is all about seasonality and terroir. A symbiosis between the nature that surrounds us and the passing of age.

In our kitchen, the aim is to go back to the origins of our ancestors, when meals were defined by the geographical position and the season. In this scenario, nature is the true artist. As chefs, we just prepare the main stage for it to shine at its own pace through a particular form of cuisine. Located on the iconic Ermil Pangratti Street, in the capital city of Bucharest; our values are built around Mother Nature, with a core focus on the passion for gastronomy and respect for local produce and artisans alike. In the past, this same street housed many sculptors and painters and their ateliers and art galleries. The artistic soul of our restaurant can be felt through the elements of design, the tangible modern art pieces, the ethnic reinterpretations as well as the crockery and cutlery. We embrace our forgotten national values and yet present them through a distinctive vision of respect and honour, as a form of homage. As a guest, we invite you to step into our world and allow us to change yours. In the end, ΚΛΙΛΜO̲ is nothing more than a story. It's a story in which the food is a reflection, a statement and not just a habit of the human nature to eat. A story that is meant to be shared with the world."

Le Cordon Bleu will be in Bucharest, Romania for a demonstration on 16th May 2019 - you can find out more about this event, please visit the page here.

You can find out more information about the Grand Diplôme® which Radu studied in our programmes section.