“Man shall not live by bread alone…” but in France, apparently they do, and certainly, a number of European countries share the same love for this simple, yet nourishing loaf.

In France, often dubbed the Capital of Bread, bread-making is not just a commercial venture but an art in itself, deeply steeped in tradition and culinary history with actual laws regulated by the French Government.

The lack of bread for the poor was said to be one of the many reasons that contributed to the French Revolution, fuelling dissatisfaction and anger towards the monarchy back then. Stemming from this event, the post-Revolution government ruled in 1793 that “There will no longer be a bread of wheat for the rich and a bread of bran for the poor. All bakers will be held, under the penalty of imprisonment, to make only one type of bread: The Bread of Equality.”

Based on various laws on making bread over the last century, the 1993 le Décret Pain French decree states that traditional French bread must be made only from four main ingredients - good quality water, salt, a rising agent and wheat flour containing no more than 2.8% (in total weight) of bean, soya or malted wheat flours.

Probably one of the most recognisable French breads in the world is the long, thin French baguette. There are numerous stories detailing the origin of the French baguette, one of them claiming that it was Napoleon himself who ordered the bread to be specially fashioned into longer loaves so that his soldiers could easily fit them into a special pocket of their uniform! Made from basic lean dough with a crisp crust and slightly chewy inside, the traditional French baguette is about 65cm long and often used for sandwiches.

Among the other common types of French breads are: 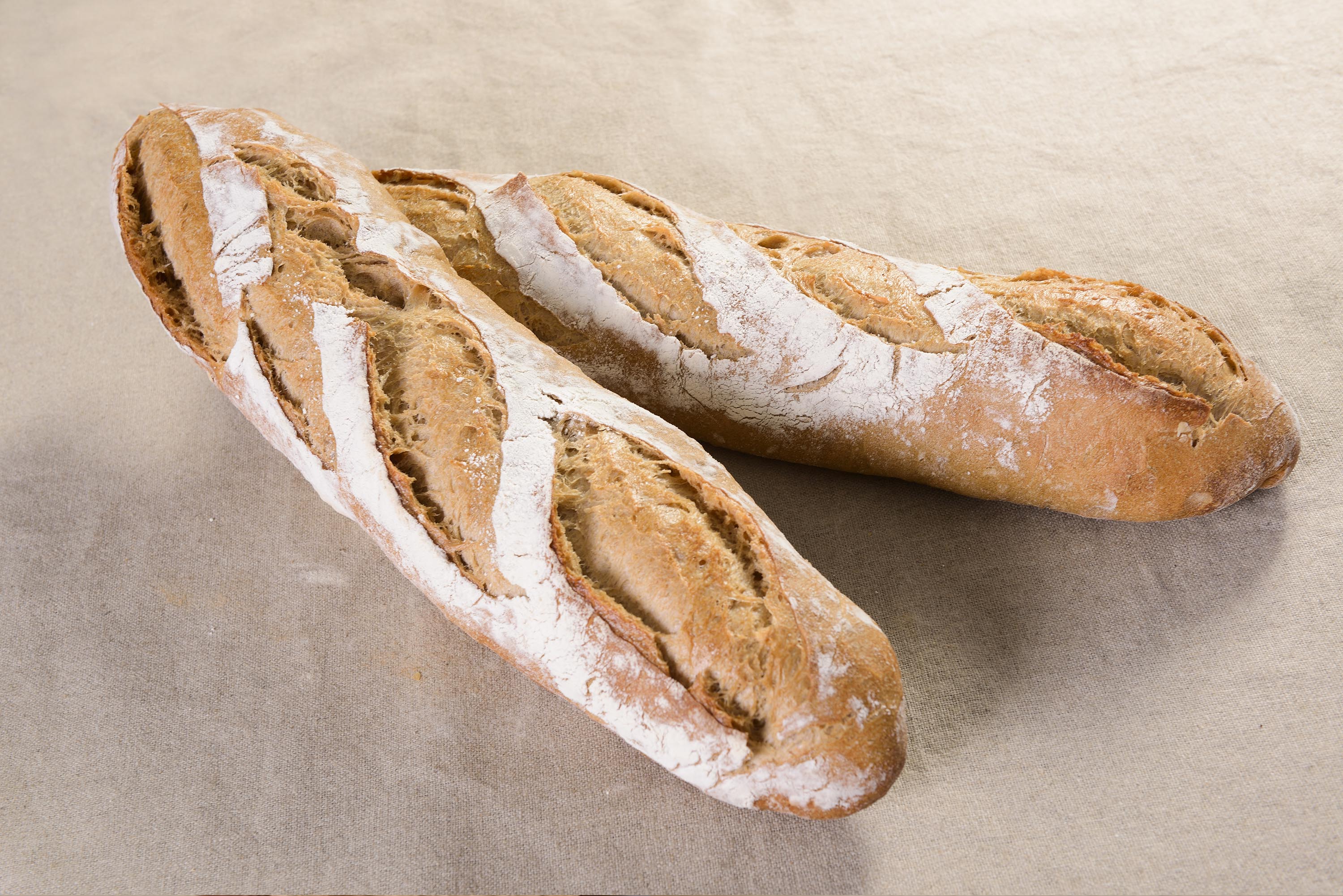 
This is looks very much like the baguette, except that it is much longer and wider, and has a softer crust. The texture inside is more bread-like and this version is more commonly used for toast, garlic bread or bruschetta. 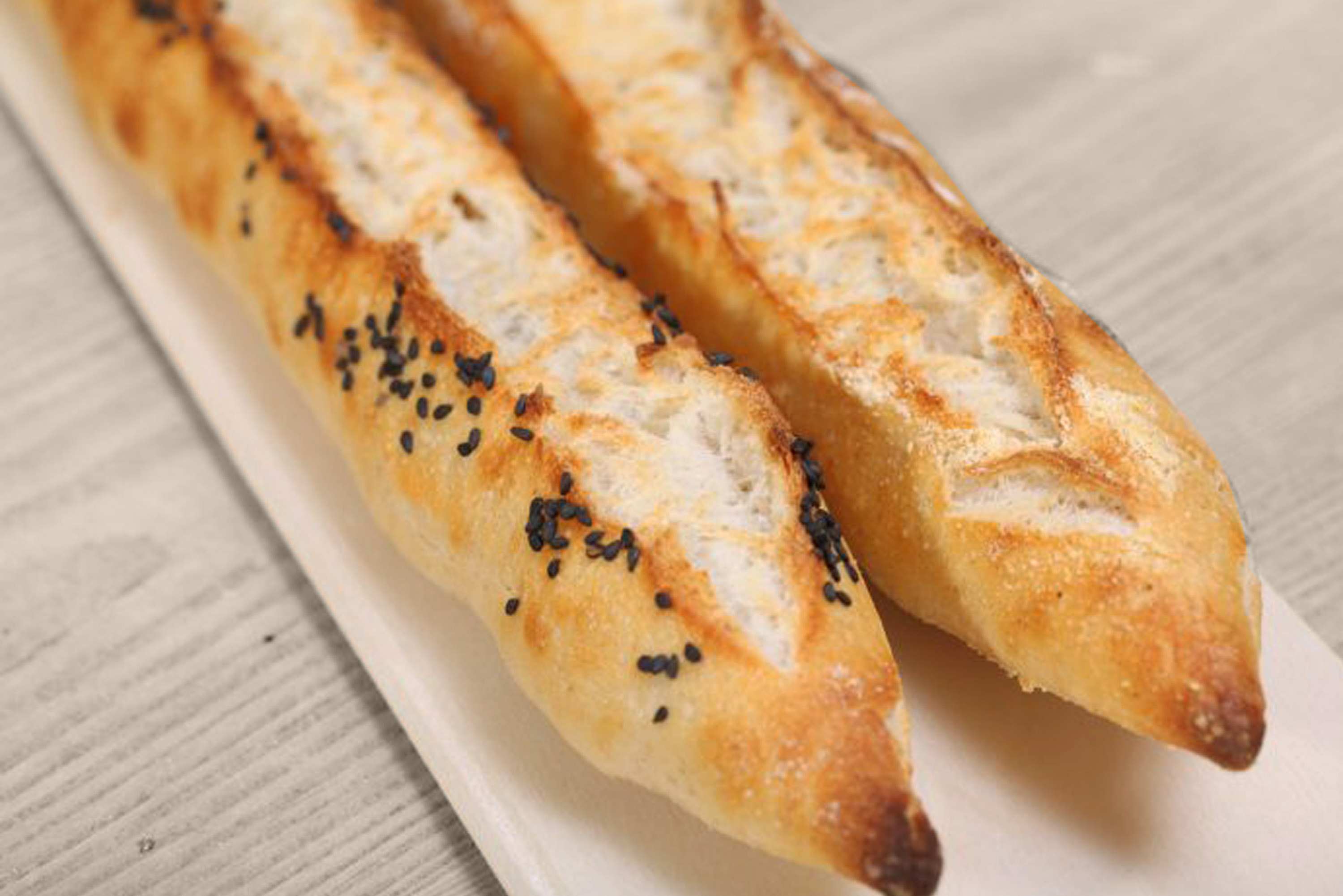 In English, this is translated as ‘string’ and as the name suggests, it is much skinnier than the baguette and essentially another offshoot of the same bread. Made from the same type of dough, it has a chewy interior and is crusty on the outside.  image source 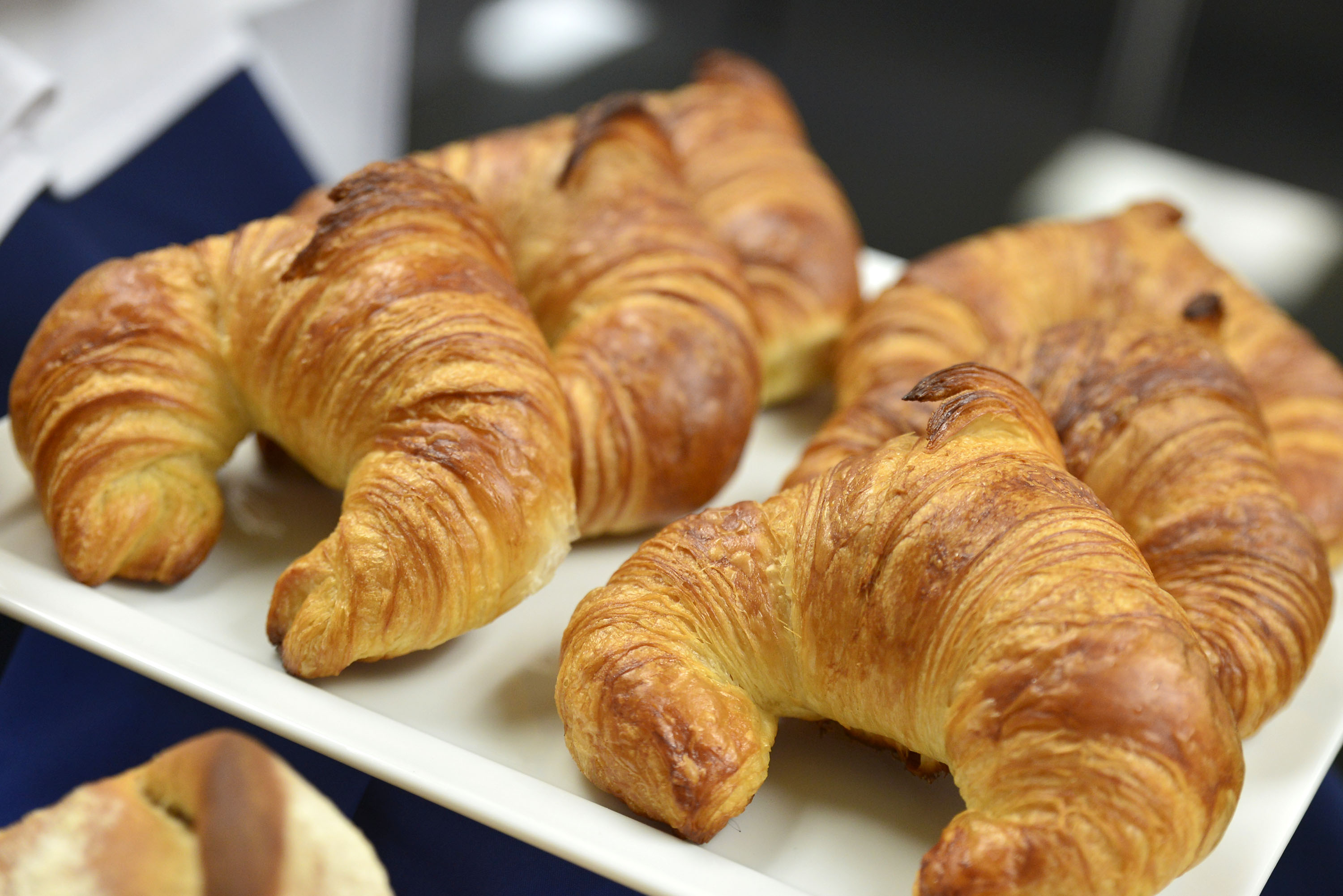 Named after its crescent shape, the buttery and flaky bread is made from multi-layered yeast-leavened dough, slathered with butter in between. The texture is more like puff pastry, obtained through a process of folding and rolling butter into the dough several times called lamination. 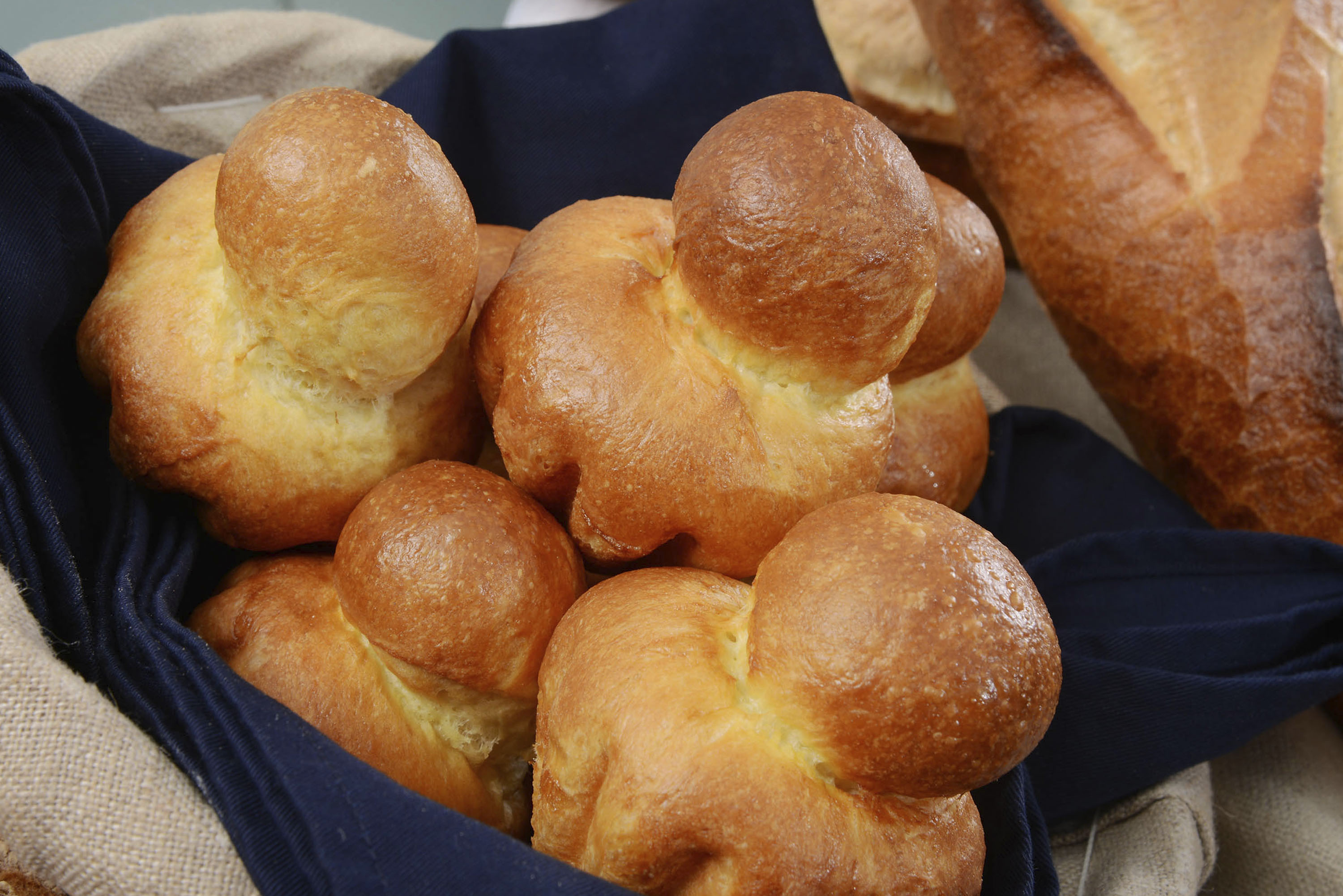 A cross between pastry and bread, the soft and buttery brioche has a high content eggs and butter. The velvety dough and rich flavour resemble that of a cake, but with a tender and crumb texture like bread. 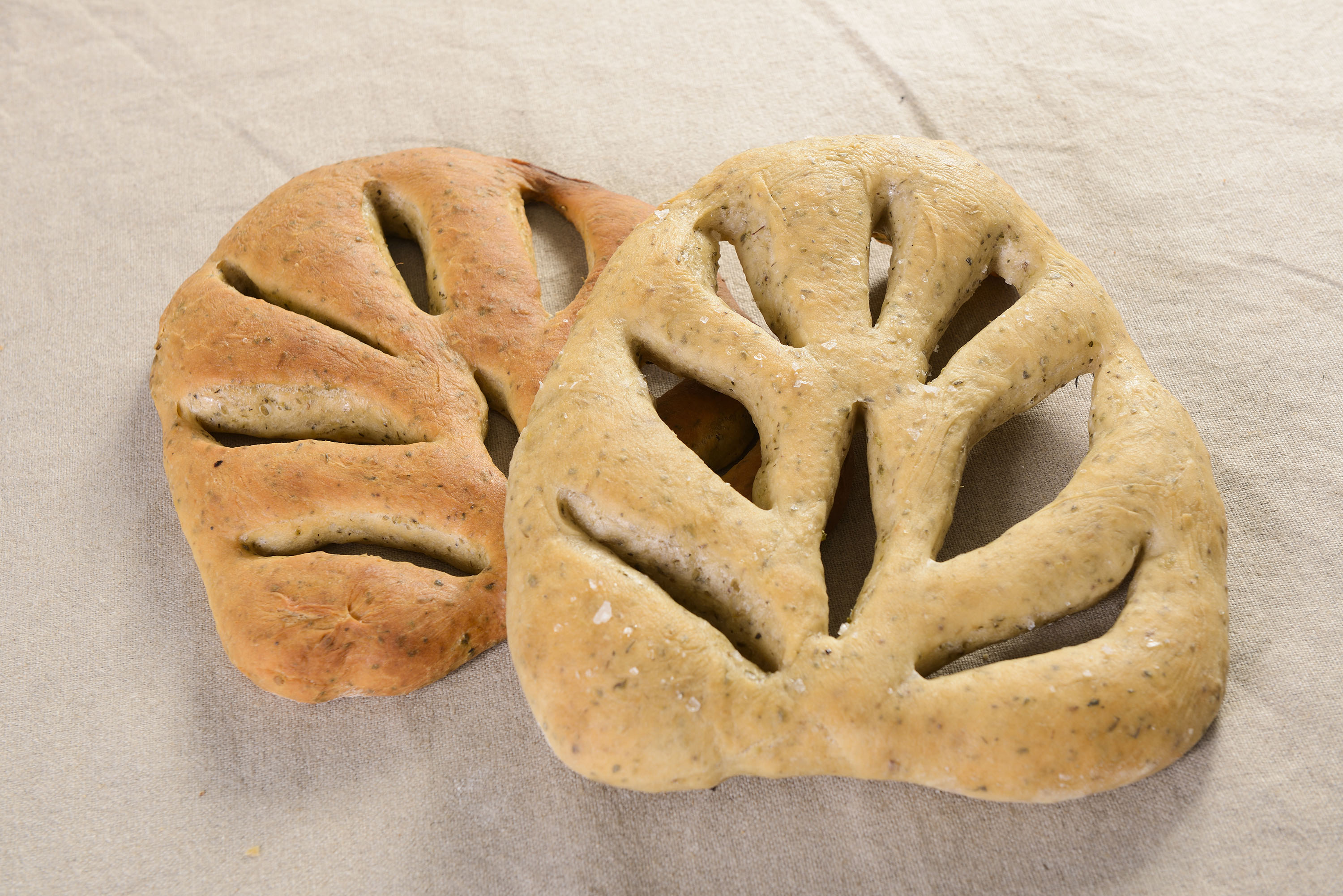 What the Italians know as focaccia is what the French call fougasse. Usually shaped like a leaf and garnished with fresh herbs, the texture is spongy and light. The bread itself is rich in flavour and more often than not, served alongside dips as a starter. 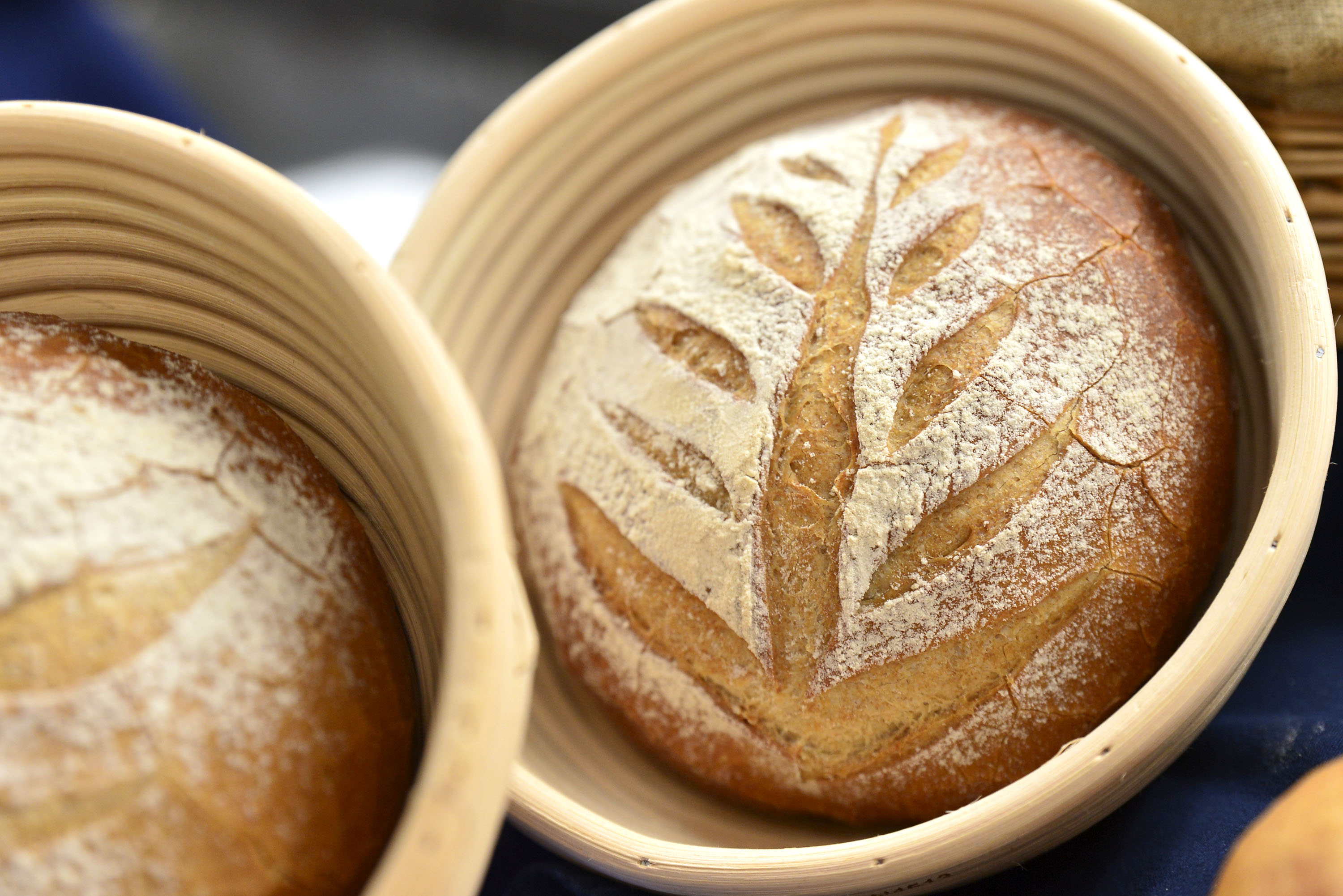 
This is French country bread made with a sourdough starter. Shaped like a rustic country loaf, it also contains a bit of rye and whole wheat with a subtle sour edge to the taste. Thick and crusty on the outside, the French version is denser and more chewy on the inside compared to other types of sourdough. 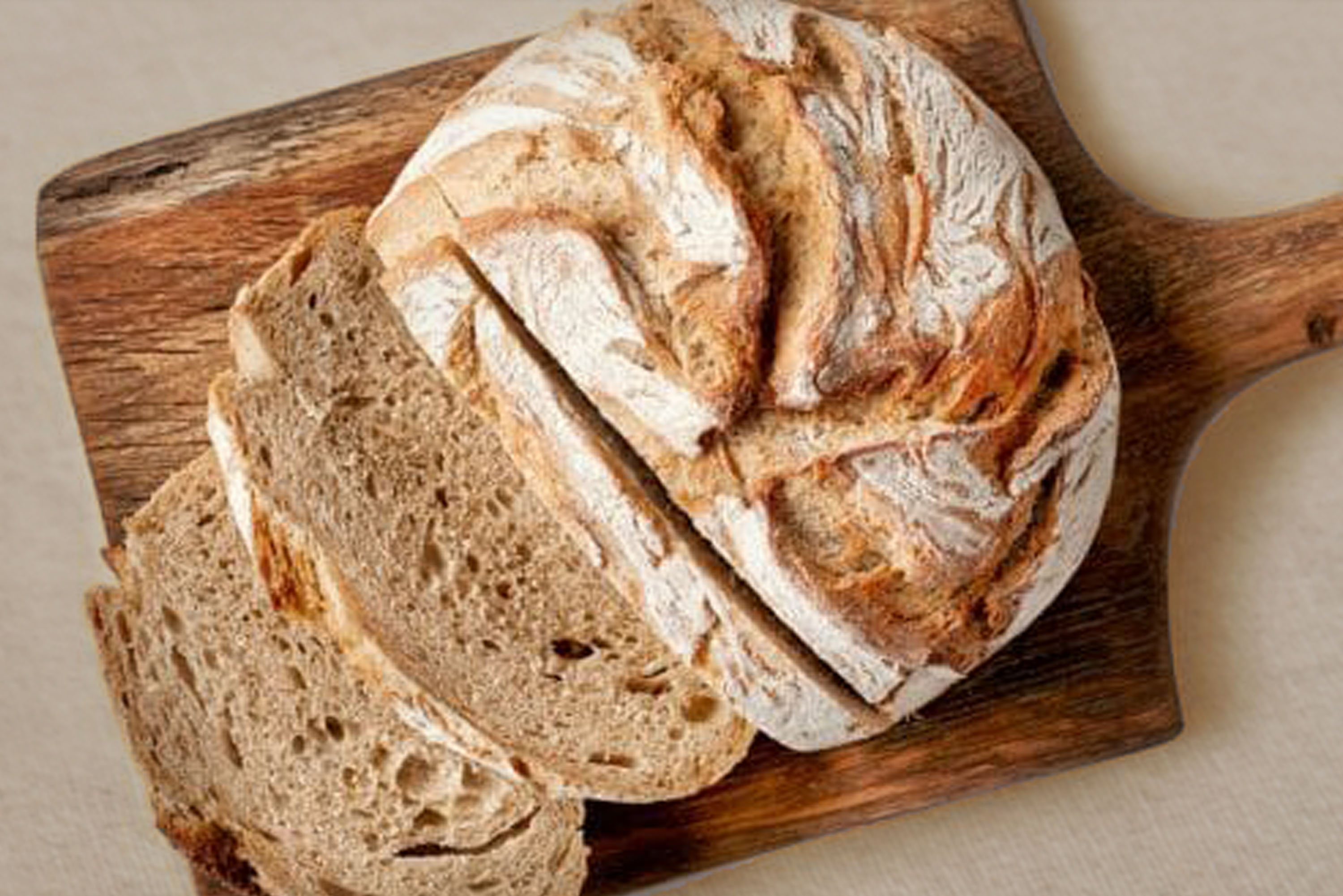 A heavy and dense bread that contains at least 25% bran, this nutritious bread is high in fibre and sometimes topped with bran or oats. 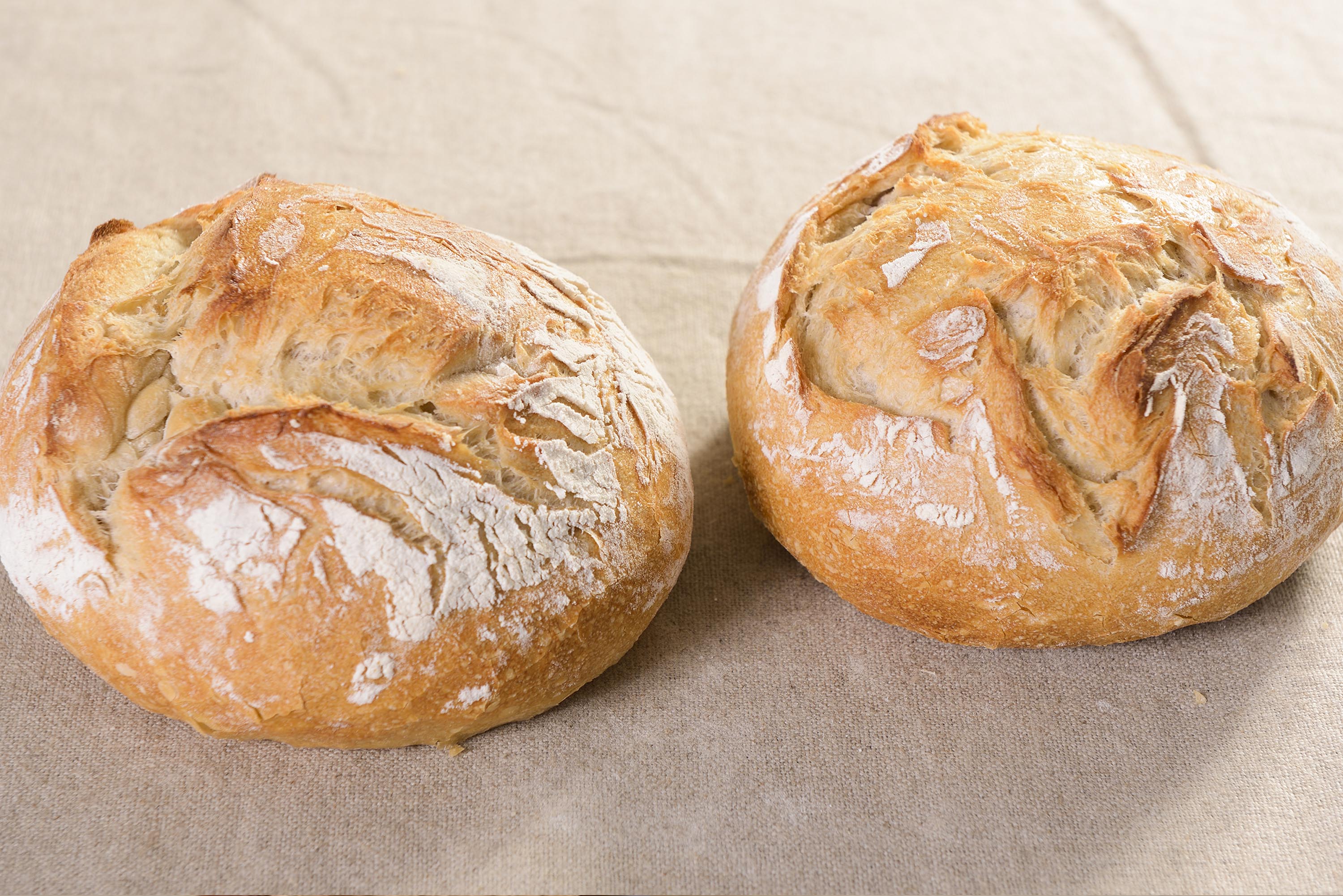 This rustic round loaf is shaped like a ball with a crust on the outside, and nice and soft on the inside. Proofed inside a round basket, traditionally this bread is made out of just four basic ingredients: water, yeast, flour and salt. It goes well with olive oil or with sliced meats and cheese.

Feeling hungry already? The best part is, you don’t have to travel all the way to France to enjoy these wonderful breads. They are all easily available locally, or even better, you can learn how to make your own French bread under the tutelage of world-acclaimed chefs at Sunway Le Cordon Bleu. Recognised as the top culinary arts institute in Malaysia, the cooking school has a short immersive course offering a Basic Bread Baking Certificate which teaches basic boulangerie skills, and you can go on to learn about managing your own bakery as an entrepreneur by taking up the Diplôme de Boulangerie programme.

Once you have the passport to the world of Le Cordon Bleu, you might even want to consider going further into the world of pastry and take up a Diplôme De Pâtisserie which consists of three certificates – Basic, Intermediate and Superior Pâtisserie. Regardless whether you intend to start a business or just bake at home, know that you will be well-prepared and never have to say “Give us this day our daily bread” again!