All You Ever Need To Know
About The Macaron 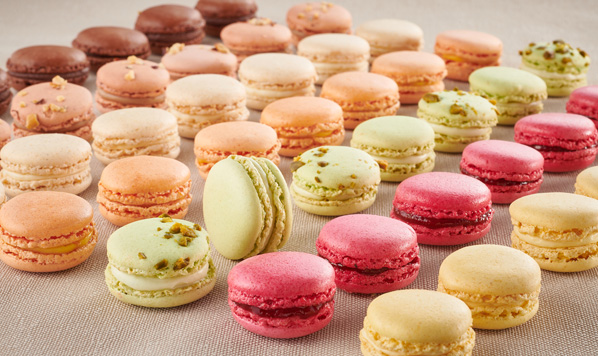 Do you know the difference between “macaron”, “macaroon”, “macaroni” and “Macron”? It can be confusing as they all sound almost the same but are very different things.

Macron is, of course, in reference to Emmanuel Macron, the French President – while macaroni is a kind of pasta. The most common mix-up is between macaron – a French cookie consisting of two meringue biscuits sandwiched together with sweet buttercream; and macaroon – a shredded coconut and egg dessert made into a mound.

Jests aside, the macaron is probably one of the most famous French exports to the confectionary world. Today, the delightfully sweet macaron is easily found in many local pâtisserie and some bakers have even given their own spin to the macaron to create Malaysian-inspired flavours as well such as kaya (egg jam) and bunga kantan (torch ginger flower) flavours!

Probably one of the most well-known macaron tea rooms is Ladurée at 16 rue Royale in Paris that was started by Louis Ernest Laduree in 1862. When it caught fire in 1871, famous painter Jules Cheret was commissioned to adorn the walls and ceilings with his lovely artworks when it was rebuilt, making the bakery not only famous for its delicious pastries but beautiful interior too. Today, the bakery has become a tourist attraction of sorts as travellers to Paris often make a point to visit Ladurée and try the macarons from the famous bakery. 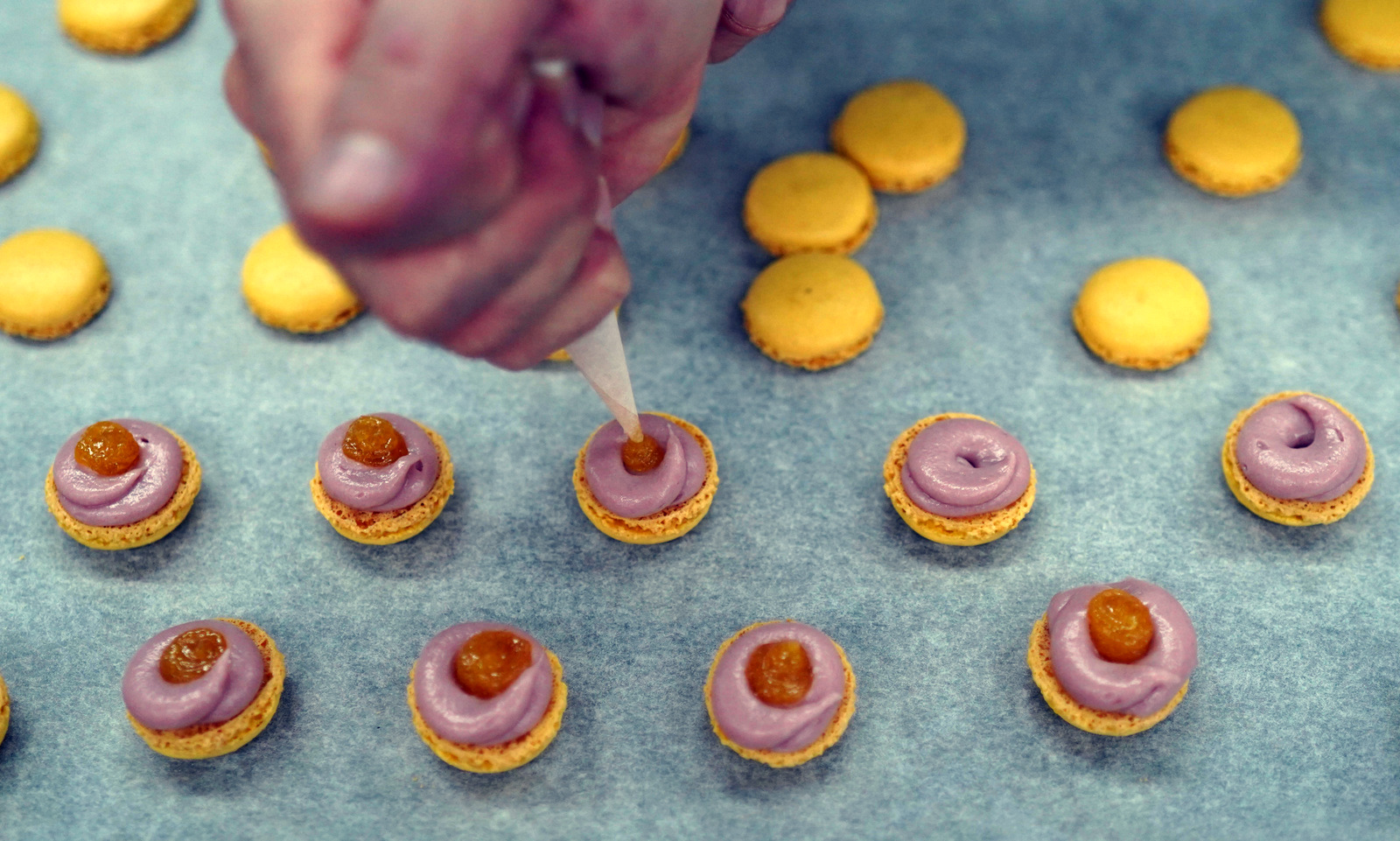 Interestingly, it was only in the early 20th century that the macaron evolved into the almond meringue sandwich that we know, a creation invented by the grandson of Louis Ernest Ladurée. Before this, macarons were served without any special flavours or fillings, and they supposedly gained popularity when two nuns seeking asylum in Nancy during the French Revolution, baked and sold these macarons to earn money to survive. In time, a wide variety of ganache flavours were introduced with the inclusion of jams, liqueurs and spices, ranging from traditional raspberry, lemon and chocolate to exotic ones like matcha, Thai basil and foie gras.

Said to have been introduced to France by Q ueen Catherine de Medici’s Italian chef, they used to be called “priests’ bellybuttons” due to the shape of the biscuits! Another account has it that the origin of the macarons can be traced further back to a French monastery in Cormery in the 8th century.

The French are so proud of their almond cookies that there is even a National Macaron Day dedicated to macarons – March 20th – introduced by famed French confectionery house Pierre Herme. On this day, participating macaron shops offer free samples to passersby and customers. And it doesn’t stop there as there is even a museum in Montmorillon, Vienne, Poitou-Charentes where you can learn about the history and have a taste of the macaron in the Musee de l’Amande et du Macaron’s Winter Garden.

When it comes down to it, there are only three main ingredients in this deceivingly simple confection - almond flour, egg white and sugar. The outer shell of the biscuit is delicately crispy while the inside has a slightly chewy, nougat-like texture. However, it takes an expert hand to master the making of these delicate cookies as French macarons are very sensitive to moisture. The egg whites have to be beaten just right as too much or too little and the biscuits end up flat. In fact, some recommend “ageing” the egg whites as there will be less moisture in the mixture. And there is a technique of folding in the flour as well otherwise the tops of the macaron will crack.


For more information, please WhatsApp us at 019-305 2586 or email to malaysia@cordonbleu.edu.my