The Master Chefs of Le Cordon Bleu-Sookmyung Academy are from Le Cordon Bleu International, who are all experts in the industry with advanced knowledge and experiences in 5 star Hotels or restaurants. 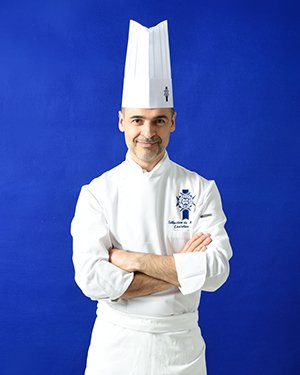 Chef Sébastien de Massard is a veteran chef who has been in charge of international cuisine classes at L’ecole Ferrandi for last 18 years. During the years of studying at L’ecole Ferrandi, he learned cuisine from Chef Matthieu Vianney, Chef Ghislaine Arabian of Ledoyen, a two star Michelin restaurant, who has been well-known as a star chef of French TV show “Top Chef”. While working at Arpège in France, Chef Massard participated in Cuisine Competition “Iron Chef” held in Kyoto with Chef Alain Passard. After moving to Ireland, he build his career at Hotel Clarence, The Morels, and Michelin one-star restaurant, Peacock Alley and one-star restaurant, The Commons. Later on, he decided to dedicate himself to culinary education which made him to start working at L’ecole Ferrandi. Le Cordon Bleu-Sookmyung is welcoming Chef Sébastien de Massard, a professional chef in culinary education joining Academy from this fall. 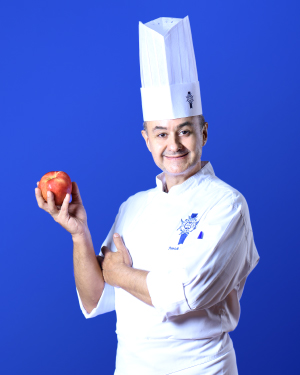 Originally from the South-West of France, Chef Patrick Fournès understood from an early age that culinary world would be his field of expertise. Studying to get solid, and classic French Cuisine & Pastry certificates, eager to learn to improve his skills, he worked in all four corners of France where he learned about regional specialties, in 1 & 2 Michelin stars restaurants, in high-end pastry shops and in landmarks properties. The opening of EEC in Europe made it easier for the young chefs at the time to get away from home, therefore Switzerland and UK were his first destinations. Asia was next, with Hong Kong, followed by Indonesia, the Philippines, Vietnam, and Thailand. North Africa and the Middle East were also different destinations, offering a range of rich cuisine and cultures with Morocco, then Egypt and the UAE. Along the way, he was trained to be an Executive Chef, leading up to 150 chefs, managing more than 10 outlets, or 2 properties, all working for 5-star hotel brands such as the Mandarin Oriental, the Shangri-La, the InterContinental, The Dorchester and the Hilton to name a few. For the last 5 years, he spent valuable time gaining knowledge on food sciences such as nutrition, dietetics, gluten-free, paired with health & wellness being, weight control and diabetes. With the opportunity to join Le Cordon Bleu in Thailand, in 2019, currently moving to Korea, he is now dedicated to teaching and passing on his knowledge to younger generations of culinary experts. 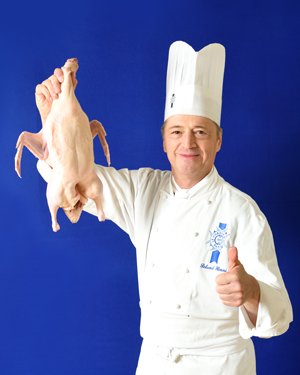 With 40 years of career, Chef Roland Hinni is well known as a Master Chef with working experiences at numerous deluxe hotels like Westin Hotel, Shilla Hotel, Hyatt Hotel and Ritz Carlton as an executive chef. After majoring in Cuisine and Hotel Management in Switzerland, he started building his career at the world class Hotels and Restaurants in Philippines, Egypt and UAE. He was one of the opening members and the Executive Chef of the Ritz Carlton Hotel, Seoul, leading the restaurants and the culinary team to success. He has an outstanding career not only as an opening trainer of Ritz Carlton Hotel, Japan but also as an award winner and a panel member of international culinary competitions. He now he joined Le Cordon Bleu Sookmyung Academy to spread his culinary expertise into a systematic curriculum of Le Cordon Bleu passing the legacy into the hands of Korean students. 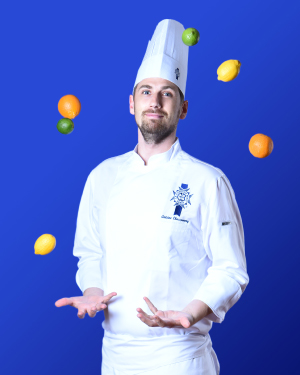 Chef Antoine Chassonnery was born in France and in the Kitchen. Indeed, since a young age, he fed his passion for culinary art through his family members who are established influential chefs & Culinary inventors in France. He built his career with the desire to exploit his French savoir-faire in an international environment. After the completion of his diplomas in Pastry and Chocolate, he worked in France for different shops besides the renowned Pastry Chef Sebastien Bouillet in Lyon and Christophe Adam at FAUCHON in Paris. Rich from this French expertise, he decided to give an international twist to his career by working as Executive Pastry Chef at world class hotels in Bora Bora, for St-Regis and in Dubai for Intercontinental. Later on, he joined back FAUCHON in Dubai to train and lead the pastry teams for the new opening stores of the brand all around the Middle-East in Qatar, Lebanon, Saudi Arabia and Kuwait. The past years, he combined all these experiences to establish his own company offering a neverbefore-seen customizable pastry he invented in the United States. In 2021, he wishes to pass on this valuable knowledge to eager to learn students by joining Le Cordon Bleu. 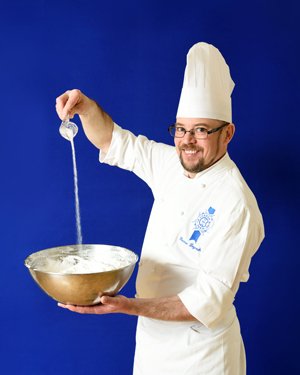 Chef Pierre Legendre achieved his C.A.P.(Certified Authorization Professional) in both Cuisine and Pastry, and has experiences working for well known pastry shops where he learned the knowledge about ingredients and diverse pastry techniques. He was in charge of supreme commander meals in the army of French Guiana. After finishing his service the military, he returned to Paris to work with hotels and restaurants, being in charge of the pastry part as a pastry chef. He has experiences with La Durée in Paris and Tokyo as the chef in charge of the pastry products, cakes and decorations, a world-famous desserts and macaroon franchise. He devoted his life to spreading French traditional pastry all around the world. He started working with Le Cordon Bleu International in Japan and now he has joined le Cordon Bleu-Sookmyung Academy in Korea.