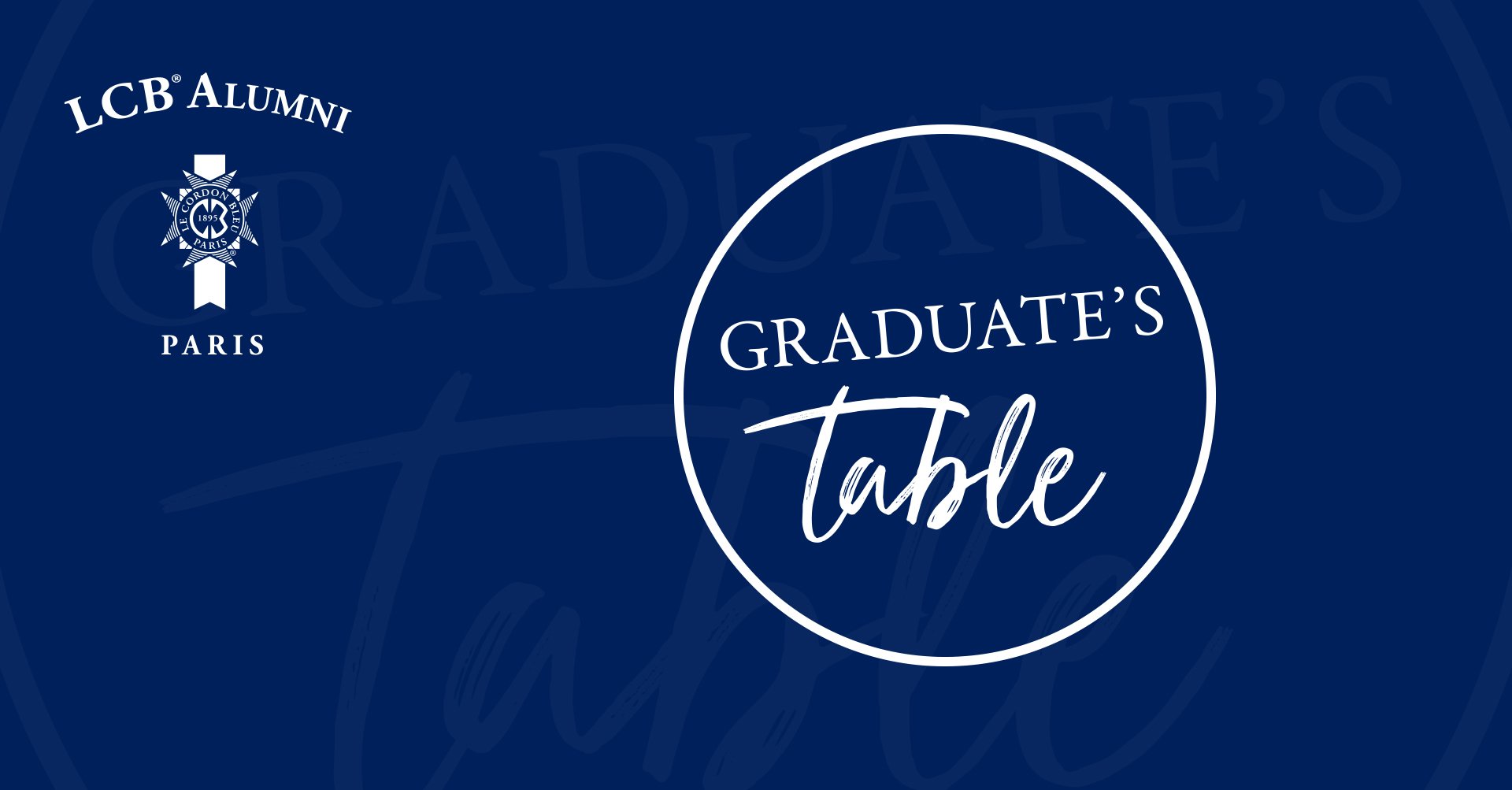 In order to mark its 125th anniversary and to further develop its graduate network through the alumni association, Le Cordon Bleu Paris is delighted to announce the launching of "Graduate’s Table", a series of events organized exclusively with its alumni. These monthly events will give both current students and graduates an opportunity to meet and share a convivial time together.

The first gathering will be held in mid-February hosted by Colombian Chef Juan Arbelaez, 2009 Le Cordon Bleu Paris graduate, in his restaurant VIDA. Former finalist of Top Chef France, he is today Chef and Associate of 6 establishments in Paris. Chef Arbelaez will prepare a tailor-made dinner for the occasion.

At the end of February, the Planet Chef documentary series dedicated to him will be projected for students and alumni during a special evening. Both he and the director of the series, Stéphane Carrel will be present.

Are you a graduate of the institute? Do not miss these events. Registrations through the alumni platform.

With no less than 13 stars in the Michelin Guide, cuisine chef Pierre Gagnaire works in 26 restaurants across the globe. Voted “Best Michelin-Starred Chef in ...

Le Cordon Bleu Paris will take part in the Sirha Europain exhibition at the Porte de Versailles (Paris’s 15th district) from 26 to 29 March 2022. Recognised as ...

Le Cordon Bleu Paris is proud to announce that they have passed the Qualiopi audit certification, official recognition of the quality of their training ...

Learn more
News
A closer look at the new format of the Advanced Studies in Gastronomy (HEG) programme, with Hervé This

After 18 outstanding years, with students from around the globe, the Advanced Studies in Gastronomy (HEG) programme has been given a makeover. From June 2022, ...

To celebrate Valentine’s Day, our Pastry Chefs have created a recipe to be enjoyed as a couple or a group. The combination of fruity flavours, with lemon and ...