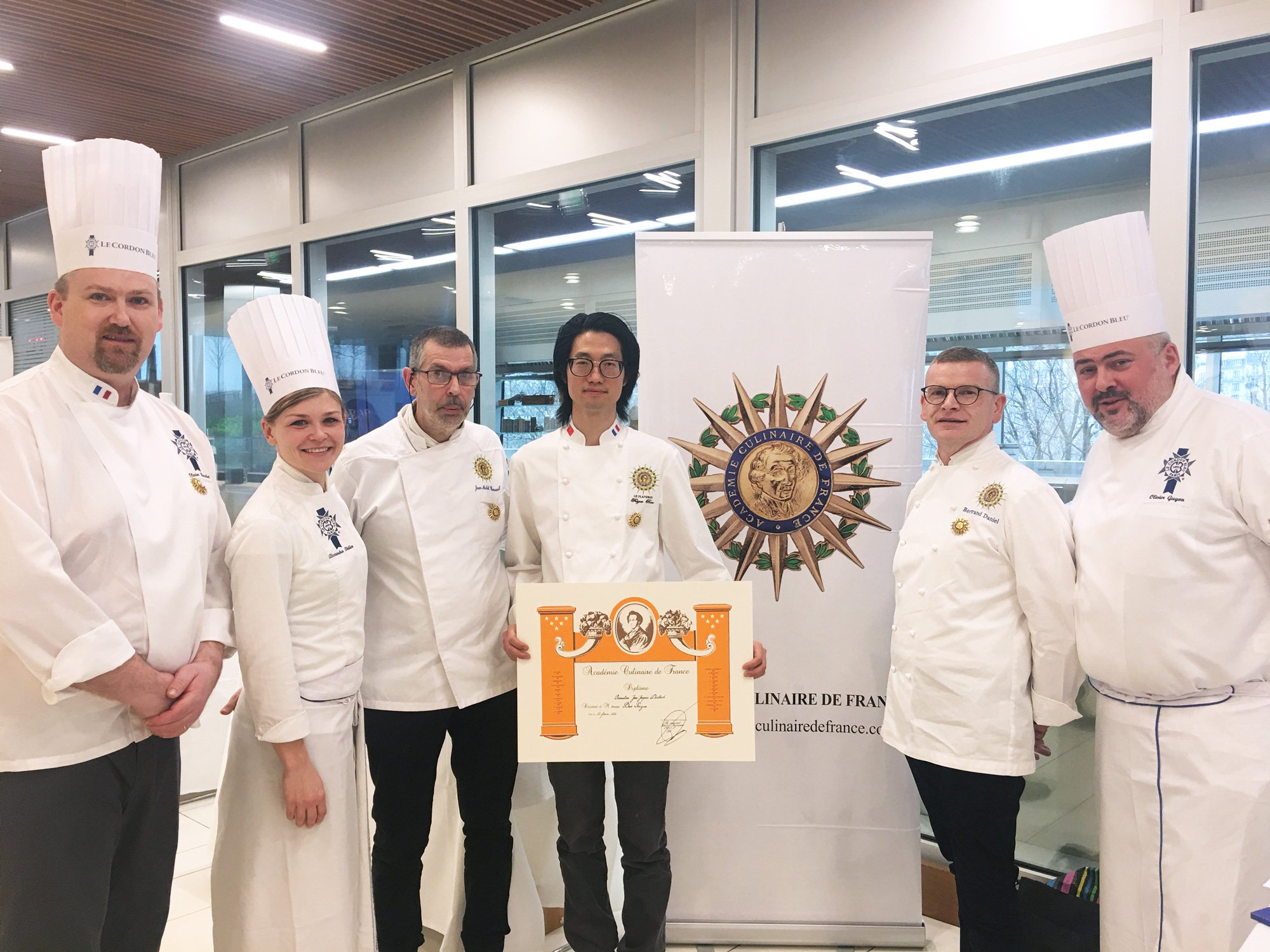 Founded by Joseph FAVRE (1849-1903) in 1883, the Académie Culinaire de France is the oldest Cuisine and Pastry Chefs association in the world. It organizes and participates in competitions, exhibitions and conferences in France and abroad. Chef Fabrice Prochasson is the current president of the Académie Culinaire de France, which totals 600 members in France and 800 internationally.

Le Cordon Bleu Paris had the honour of hosting the induction ceremony for new members of the Académie Culinaire de France on Saturday, February 22. Approximately 300 guests took part in the event which was followed by a cocktail party.

Le Cordon Bleu Paris institute alumnus (2012 Cuisine Diploma), Bao Feiyue, who is China’s national fruit and vegetable carving champion and Chef of Le Flandrin restaurant in Paris’s 16th district, was inducted during the event. This was an historic event, as it was the first time that a Chinese Chef in France becomes a member of the Académie Culinaire de France.

Alexandre Viron, CEO, Moulins Viron, shares his knowledge about the trends of bread and flour. These mills are a major partner of Europain Lab.

Le Cordon Bleu is delighted to announce that it will take part in the Europain exhibition from 11 to 14 January, at the Porte de Versailles, in Paris. For the ...

We met with Abhishek Thorat and Michael Demagistris who both won the Thierry Marx Career Development Award sponsored by Le Cordon Bleu — an opportunity to ask ...

As part of the Kimchi Festival, which took place on Saturday 19 October at the 15th district’s town hall, the Mes amis Association organised a culinary ...

Le Cordon Bleu, the leading global network of culinary arts and hospitality management Institutes is delighted to announce that the class of 2018 Diplôme ...

October 2019 – Le Cordon Bleu Paris is partner of the Chefs World Summit exhibition, held from 24 to 26 November 2019 in Monaco. This international rendez-vous ...