Bangkok, 19 April 2019 – Mr. André J. Cointreau, Président and CEO of Le Cordon Bleu International and Mr. Chanin Donavanik, Vice Chairman and Chairman of Executive Committee of Dusit International, celebrated the Grand Opening of the new Le Cordon Bleu Dusit Culinary School today. Covering 3,000 square metres, the new school is located on the 17th to 19th floors of the Zen Tower, CentralWorld Complex. It is the most modern culinary institute in the region. 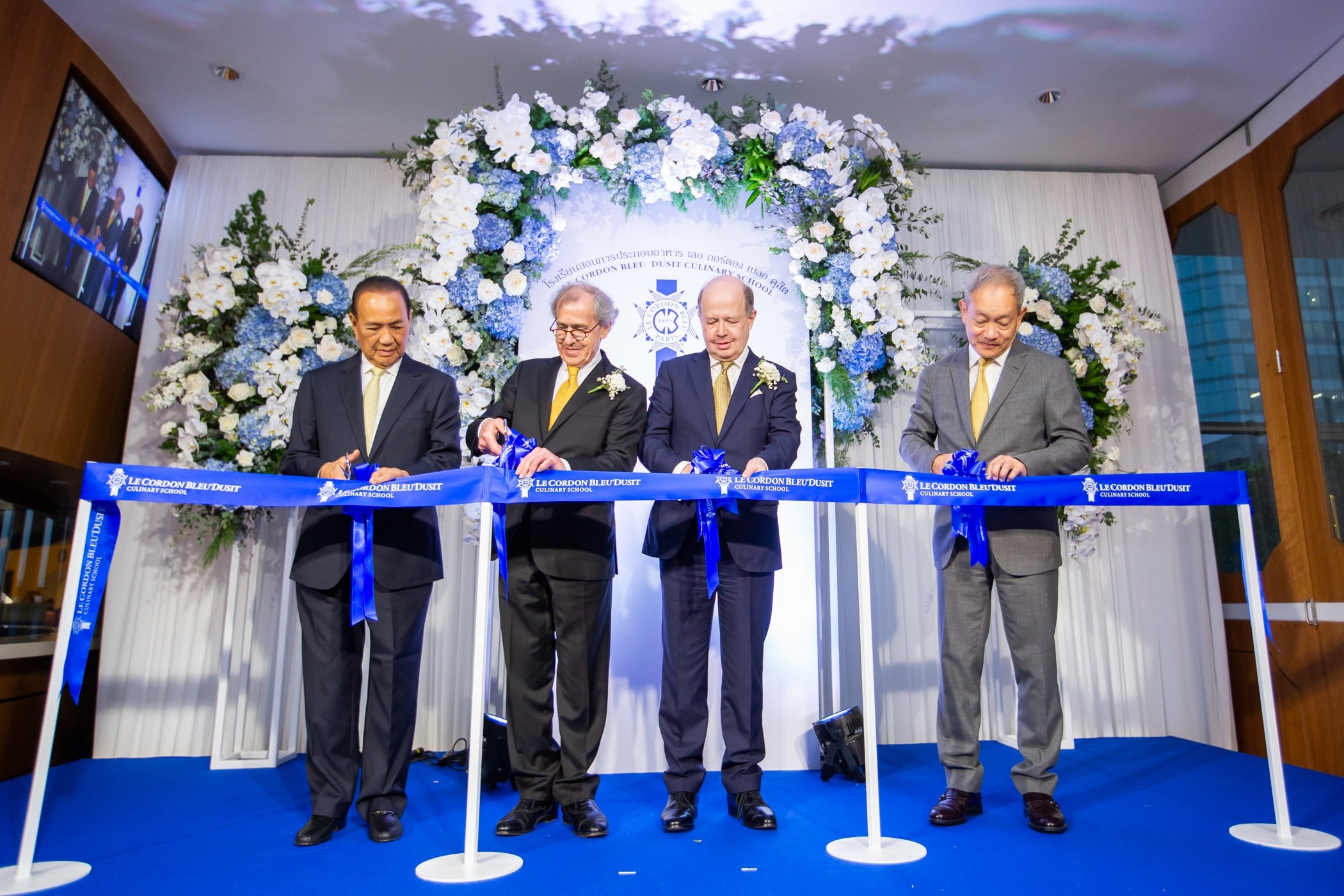 Having presided over the opening of more than 35 schools around the world, I am very happy to return to Bangkok to open our new school premises in the heart of this wonderful and vibrant city. This brings with it new and great opportunties for culinary aspirants, whether they are from Thailand, its neighbouring ASEAN community, or indeed the world.

This was evident at the Grand Opening Ceremony, at which the very best of Le Cordon Bleu Dusit Culinary School was showcased, including a cooking performance by Technical Director, Chef Rodolphe Onno who, together with Superior Cuisine student Yong Armchair, demonstrated a canapé of Salmon Gravelax with sour cream dressing for tasting by guests. Two showpieces were created especially for the Grand Opening, including: a magnificent stylised piece of sugarwork crafted by visiting Master Chef, Fabrice Danniel, from the Le Cordon Bleu Paris; and a chocolate magnolia showpiece fashioned by Le Cordon Bleu Dusit Patisserie Chefs, Frederic Legras and Niruch Chotwatchara. 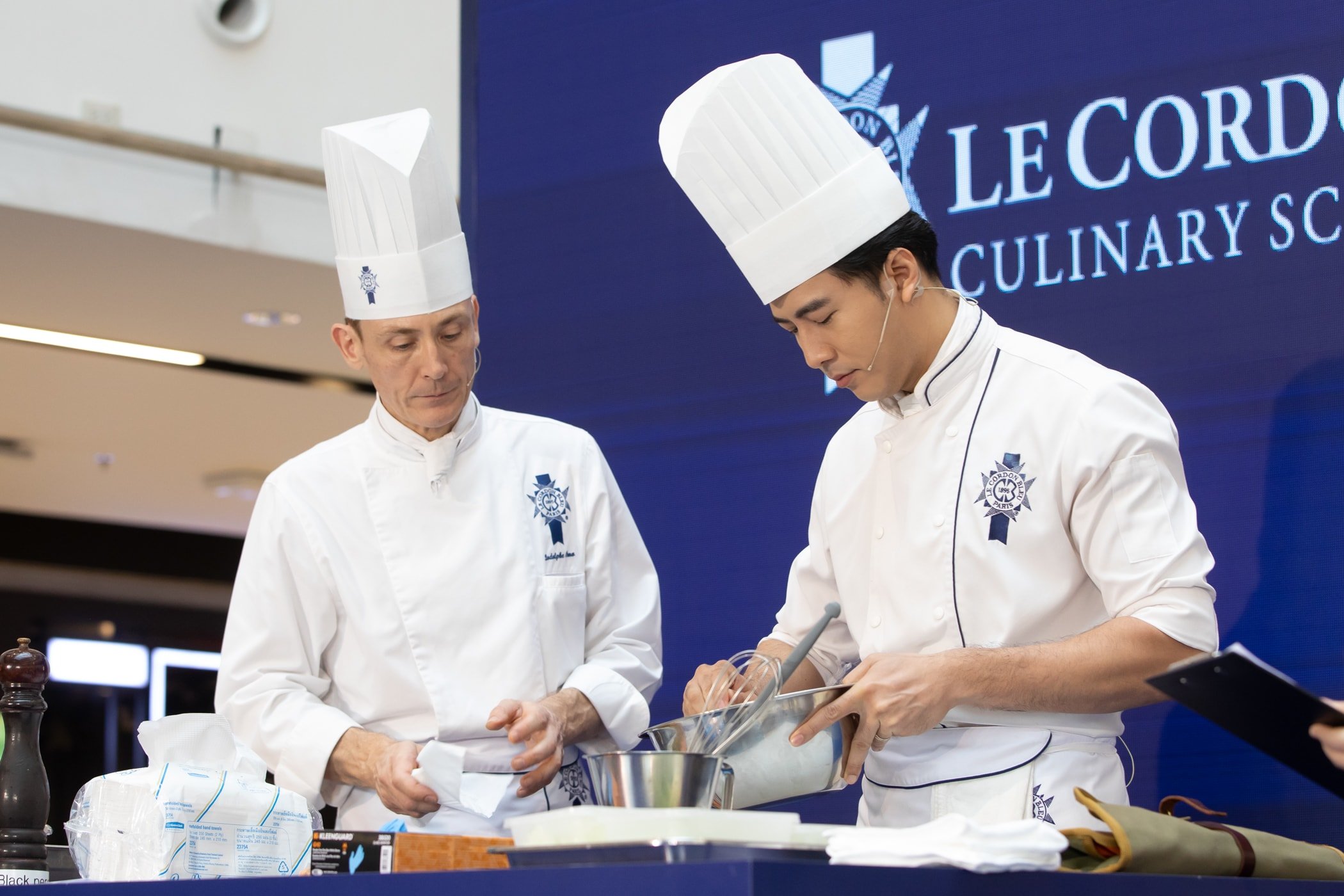 In addition to nurturing students in the traditions of the best of French Art de Vivre and Professional Thai Cuisine, Le Cordon Bleu Dusit expands its programme proposition to respond to the needs of the industry.

In fact, today we are also launching our newest offering, the Advanced Culinary Management Programme, in response to the growing demand for entrepreneurial skills in the culinary industry. This programme is designed to give students the essential skills-set to develop and run their own restaurant business. In Thailand, the restaurant sector is currently valued at around 415 billion baht annually.

Students of the Advanced Culinary Management programme will have opportunities to learn from experienced restauranteurs who will further augment the students’ learning opportunities. In addition to this new programme, Le Cordon Bleu Dusit is the first school in the global network of Le Cordon Bleu schools to offer an internationally-recognised and accredited Professional Thai Cuisine programme, which is increasingly popular amongst international students.

Our commitment to constantly improve quality of training and curriculum and to expanding learning opportunities in the culinary arts has lead us to relocate to ...

Le Cordon Bleu Dusit was pleased to have been a part of Bonjour France 2018, the biggest French Fair in Thailand, at the Central World. This event was organized ...