For the chef, mastering technique is the key to creativity in the plates.


The pleasure of cooking for the family and eating well were the inspirations that encouraged chef Benny Novak to dive into a gastronomic journey and attend Le Cordon Bleu in London. Running the French Ici Bistrô since 2002, Benny collects important awards, such as Comer & Beber, from Veja Magazine, "Best of São Paulo", by Folha de São Paulo newspaper, and was elected "Restaurant of the Year" in 2017 by Infood. In addition to the bistro, the chef is a partner of the Italian Tappo Trattoria (2007) and has already tried the American cuisine with the 210 Diner (2010). For those who are beginning, he warns: "It´s not easy for those who want to become a cook. The success in the gastronomy only comes after many years of standing with the belly in front of the stove".

Before pursuing his profession as a cook, Benny Novak thought about being a dentist and graduated in management, but his true passion remained the cookery books and cooking for family and friends. At age 27, he decided to pack his bags for London, where he attended Le Cordon Bleu and obtained the Diplôme de Cuisine and the Basic Pâtisserie certificate.

When he started to study at Le Cordon Bleu in 1998, the institute was already recognized in the gastronomic scene, but few Brazilians had studied there. It was through his friends trained in Paris, the current chefs Renata Braune and João Vergueiro Leme, that Benny decided to go ahead and realize the dream of studying gastronomy. An unforgettable experience for the chef, who fell in love with the city.

"It was great to have studied in London! The cuisine of the city historically is super bad, based only on stews and potatoes, but by the time I went, it was already updated. I loved London and would go back to live there", he says. 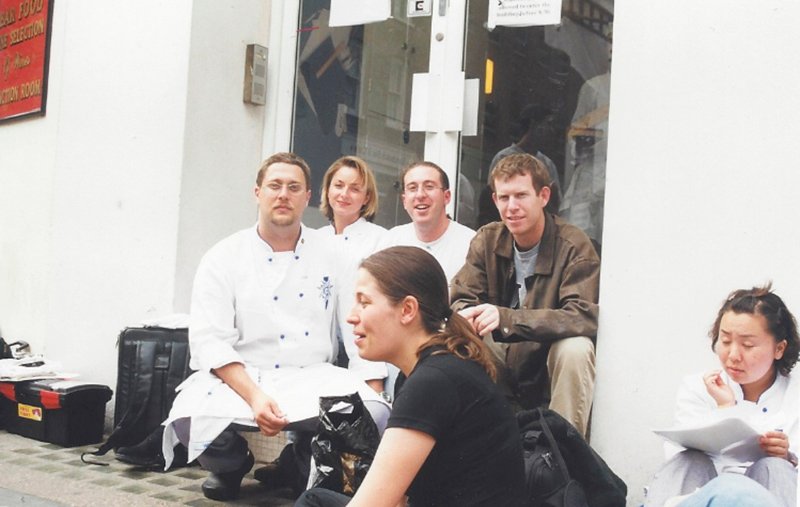 
Anyone who has studied at Le Cordon Bleu knows that all learning is based on the practice of culinary techniques, which guarantees more freedom in the creative process of the cooks. According to Benny, this is one of the hallmarks of the institute.

"Le Cordon Bleu is a ‘red zone’ school, which forces you to practice daily the same techniques and this is very important because the technique makes the real cook along with creativity and common sense. It enables the cook to take chances and create", he says.

During the courses, students are challenged constantly in class and many moments are stored in their memories. Benny remembers that he once had to prepare quails and it was a real duel. "The quail class was one of the tensest for me because it should be prepared in a short time and we had to bone the whole bird without cutting it in the middle!", he remembers laughing.

For this reason, the support of the chefs becomes very important to the students during the course. As a former student, Benny talks about some professors who have made difference to him at Le Cordon Bleu in London, such as chefs Julie Walsh, of pâtisserie, and Bruno Neveu, of cuisine. "We had great teachers, all chefs with a solid career and experience in restaurant and hotel."

Technique makes the real cook along with creativity and common sense. It enables the cook to take chances and create.

At Ici Bistrô, the chef applies his apprenticeship and creates classic recipes that bring the taste of French homemade food


With a diploma in hand, Benny took his first steps at Florian's bistro, still in London, and then moved to Miami, where he worked at the bistro Le Bouchon du Grove. Back to São Paulo, he brought an extensive experience in classic French culinary techniques, which inspired him to open Ici Bistrô, in 2002.

At the time, there were already traditional bistros in the city, such as Le Vin and La Casserole. But Benny's proposal with Ici Bistrô was to innovate by bringing simple and stripped-down food on his menu, which, according to the chef, continues to be a trend in the plates.

"The cuisine is turning to simplicity, with more homemade food, but the important thing is the technique and the flavor", says Benny and continues: "If you are a cook who does not know the technique well, there is no way to create anything."

With the increase of gastronomy in Brazil during the last ten years, the inauguration of an international school such as Le Cordon Bleu will be, in the chef's view, a new spring to the market.

"As it's a shorter course, I think it's going to be very interesting for people who want to get right to the point. It is a course that quickly covers French techniques. For us, it is always good to have a course with this quality in Brazil, forming highly qualified professionals. I´m sure that people who take the course will be very interested in cooking", he says.

With all the experience and challenges faced, Benny feels accomplished with his career. "Gastronomy is an extremely rewarding profession. I would do everything again!". And what pleases the chef? Customer satisfaction, of course!


My greatest pleasure is to see the customers coming back and saying that loved my plate, see them eatting well and watch them coming in and leaving my bistro happy.

The school of haute cuisine Le Cordon Bleu Madrid and the Francisco de Vitoria University have received an award honouring their contribution on hospitality ...

Le Cordon Bleu, the Leading Global Network of Culinary Arts and Hospitality Management, is launching a new programme dedicated to Brazilian gastronomy next May.

Preparing a home-cooked meal is a great way to show someone you care. You can tell when a dish has been prepared with love, and time and effort has gone into ...

Our short courses have classes in the most diverse areas of gastronomy. Check here everything that happened with the classes of January 2021