Learn more about the drink with the expert Amanda Capucho, CEO of Orfeu Cafés Especiais 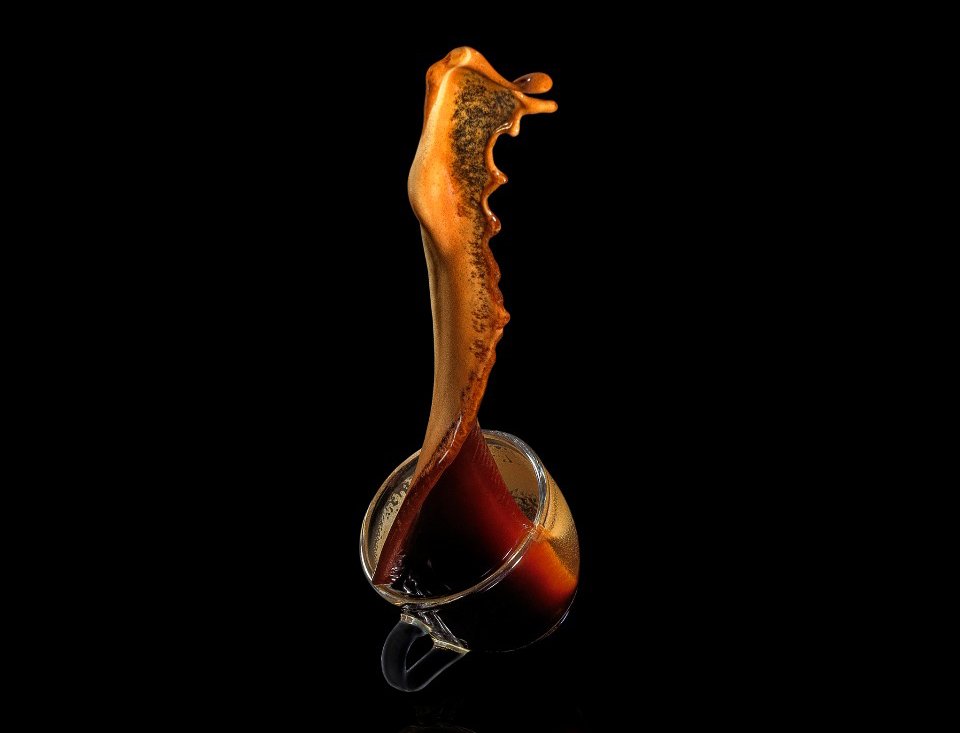 
April 14th is the World Coffee Day, one of the most consumed drinks in the world, especially by Brazilians. The country has an old relationship with this grain, being the largest producer and second largest consumer in the world, behind only the United States.

To better understand this universe, we interviewed Amanda Capucho, CEO of Orfeu Cafés Especiais, the most awarded Brazilian coffee in the world and classified as Special Category, the highest category of coffee with criteria defined by the SCA - Specialty Coffee Association. Amanda told us about the coffee market in Brazil, the behavior of consumers and the innovations that can be expected by the lovers of this delicious drink. 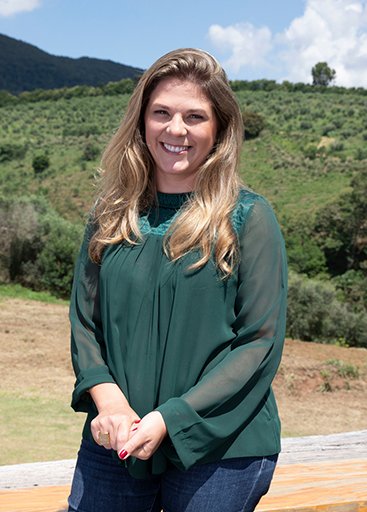 How did the story of Orfeu Cafés Especiais begin?
Amanda Capucho - Orfeu was born of the passion of a family for coffees. Twenty years ago, they bought our first farms in the South of Minas Gerais, with the objective of leisure, and they brought one of the best agronomists on the market, José Renato G. Dias, who is still our director of farms. About 10 years ago, when we were able to combine quality with productivity and credibility, we launched Orfeu, with the mission of bringing the best coffees from our farms to Brazil.

What are the strategies and plans of Café Orfeu?
Amanda Capucho - About two years ago, we decided to re-launch and leverage the Orfeu business because of this moment of the consumer being very favorable to reconnect the Brazilian with what we produce, valuing what is ours and not only what is imported, searching for knowledge of origins and producers (farm to table). We see this movement with cheeses, for example, the Canastra, artisanal beers and even Brazilian wines, increasingly valued.

How do you evaluate the coffee market in Brazil?
Amanda Capucho - Brazil is the largest coffee producer and the second largest consumer in the world, behind only the United States. In volume, we are very close to the first place, but in value, we are well below because the Brazilian, in general, has the habit of consuming traditional category coffees, which has lower quality and added value. Unfortunately our agribusiness has always had the characteristic of exporting what Brazil produced the best and, with that, the coffee that stayed and consolidated in the country are the ones of inferior quality, with much coffee of the type Canephora (robusta and conillon) in its composition , high bitterness and very intense roasted to hide the defects of the coffee, which ended up being classified as "the strong coffee" that the Brazilian takes.

In the last 5-10 years this has been changing and, as a consequence, the Brazilian is improving its taste and its demand for higher quality coffees. This was due to the strengthening of major international coffee brands that export their roasted and packaged coffees to Brazil, in addition to the growth of capsule / monodose systems and the emergence of coffee networks that cherish quality and consistency.

We believe that the credibility and professionalism of Le Cordon Bleu will help to teach the Brazilian consumer the value even more the work of cooks, chefs and all those who work with the gastronomy.


What is the difference between the Brazilian consumer and those of other countries?
Amanda Capucho - Strangely enough, foreigners value Brazilian coffee more than we do. As we export the best, countries like Japan, France, the United States and the Nordic countries buy and much enjoy our coffees. The habit of drinking coffee also varies greatly from country to country. The coldest countries, for example, have the habit of always adding milk, unlike Brazilians, who do this very sporadically. Very hot countries like Greece, for example, drink a lot of iced coffee, which is not much consumed here. 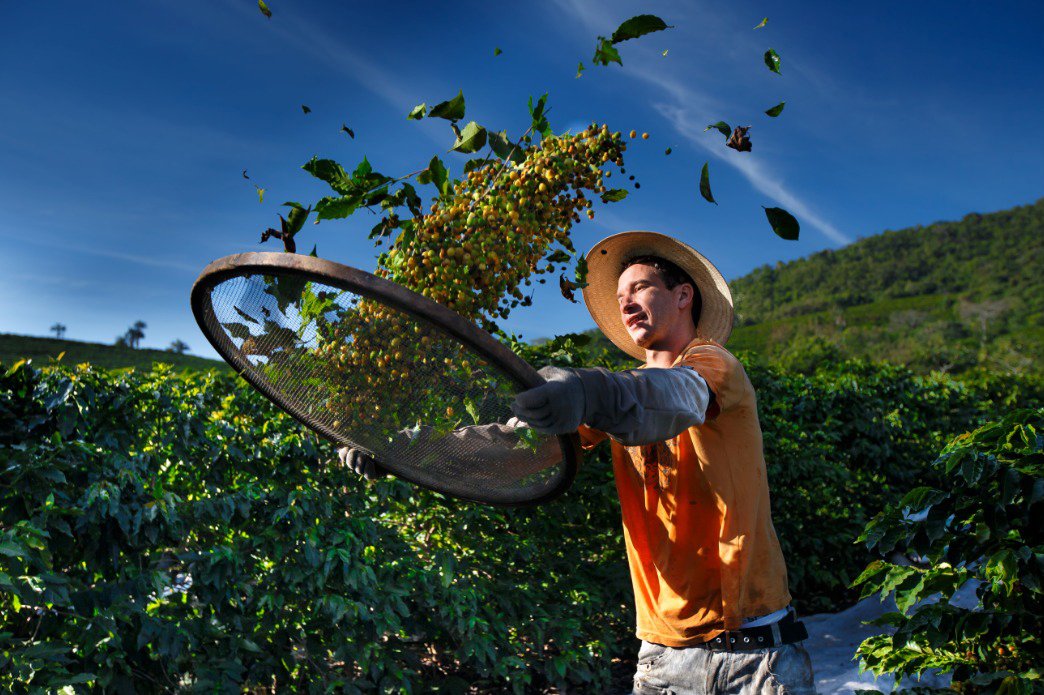 The Orfeu coffee is produced in a making in the South of Minas Gerais and classified as Special Category, obeying several criteria, such as zero defects in grains, punctuation in sensorial analysis above 80 points on a scale of 0 to 100, with respect to several partner criteria - environmental and traceability from the origin with exact description of the coffee variety, region where it was planted, altitude, etc.

What changes in Brazilian consumer behavior have you noticed?
Amanda Capucho - With the arrival of the "3rd wave" coffee shops around here, we started to see small establishments that are looking for the best coffees produced in Brazil and have the purpose of teaching, in centers such as São Paulo, Rio de Janeiro, Curitiba and Belo Horizonte, publicize and take the consumption of specialty coffee, which is the highest quality classification of coffee, for Brazilians. As a result, those who were accustomed to enjoying the extremely roasted, high-bitter Traditional Category coffees begin to discover the complex flavors and aromas of some of the finest coffees in the world. 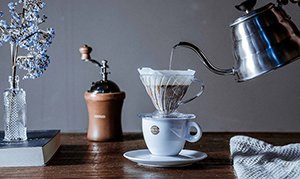 What can we highlight about innovations in coffee consumption?
Amanda Capucho - There are many new things. For example, we have launched 2-3 times a year micro lots of coffees to explain to the consumer how the different varieties change the drink. It is very similar to the wine that everyone knows: a Cabernet grape is very different from a Merlot or a Primitivo. In coffee it's the same: a Yellow Bourbon is very different from a Japy, our latest release. Another example of novelty are the different methods of brewing coffee, which extracts from the same coffee bean an entirely different beverage if prepared in different methods. Like for example, in a Hario V60 or a French Press or in a Globinho. The strengthening of these rituals and the return of slow food has also helped to win new fans to the world of Special Coffees.


How do you see the arrival of Le Cordon Bleu in Brazil? What impacts can it bring to the gastronomy in the country?
Amanda Capucho - We look very positively at the arrival of Le Condon Bleu for the country. We believe that excellence in gastronomy is due to good ingredients and good professionals and the coming of an institution of international prestige to Brazil is the confirmation of the potential of developing new talent in Brazilian gastronomy. In addition, we believe that the credibility and professionalism of Le Cordon Bleu will help teach the Brazilian consumer to value even more the work of cooks, chefs and all those who work with the gastronomy.

Coffee is usually the last step of the meal and the final taste that the person takes home, and he needs to be valued and cared for as much nurturing as is done with each of the dishes prepared by the chefs. We see with great eyes the possibility of the institution helping us to explain the true value of a special coffee, to take the stories and details from the origin of the grain to the cup.

With fresh ingredients this seasonal recipe is as simple to make as it is delicious.