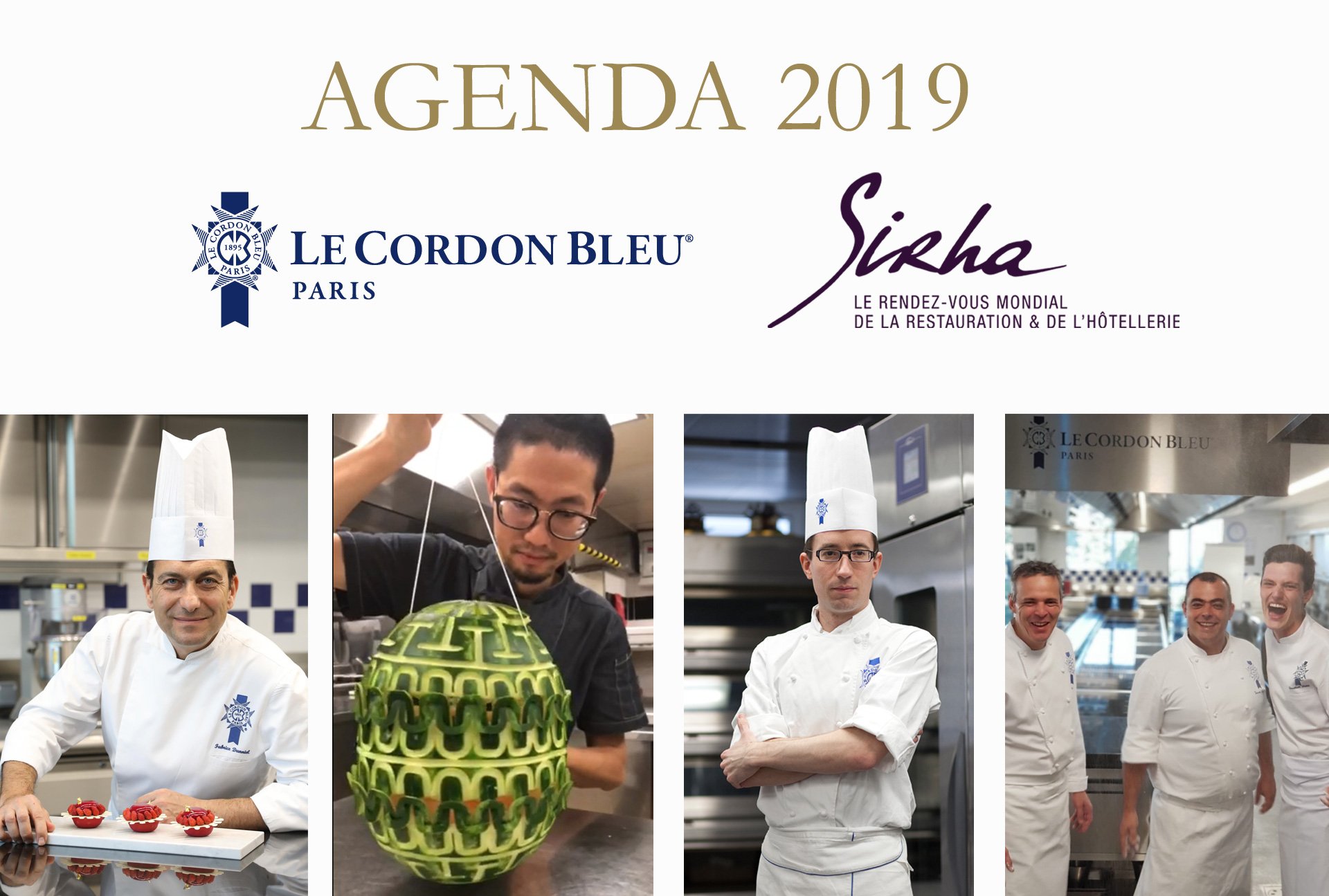 Le Cordon Bleu stand will be located at Place du Marché – 6G97, where various activities will be organized:

In addition to the activities on Le Cordon Bleu stand, the other major events that will take place during SIRHA are:

Are you coming to SIRHA and would like to discover our programmes?

BOOK AN APPOINTMENT
For any other requests, please contact smessier@cordonbleu.edu