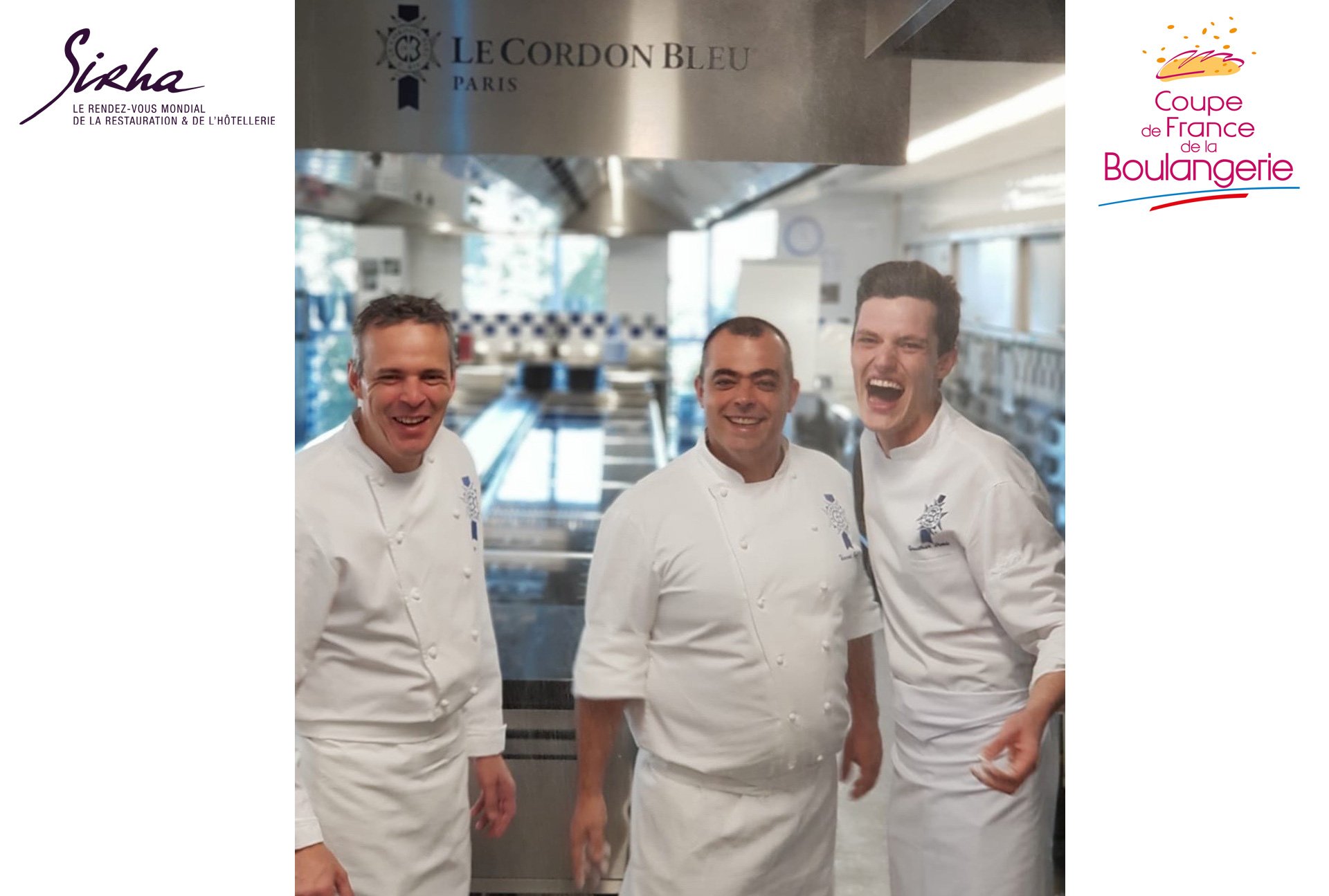 
With weddings as its theme, the competition will take place in Lyon from 26 to 28 January 2019 during SIRHA, the premier global restaurant and hospitality event. Chefs Vincent Somoza, Gauthier Denis and Frédéric Hoël will aim to set themselves apart amongst the twelve participating teams.

To be in with a chance of winning the French Boulangerie Cup, the Chefs will have to demonstrate their skills in 4 different categories:


Everything that will be made has been chosen by the jury and the participating teams have been made aware of the products prior to the competition.

These three renowned Chefs, all of whom teach at Le Cordon Bleu Paris institute, have decided to pool their expertise as they embark on the French Boulangerie Cup adventure.

Chef Denis
Specializing in freshly baked pastries and Italian pastries, Chef Denis became an expert in bread culture whilst in the Mediterranean area, following several years with Pasquale Marigliano. He also developed his expertise in different ancestral bread making techniques, alongside Thierry Delabre. He has been teaching his expert knowledge to the institute’s students since April 2018.

Chef Hoël
Instructor, pastry and boulangerie chef, business owner in the north of France, Chef Hoël gained wide-ranging experience before taking part in the Coupe Louis Lesaffre, world boulangerie chef championship, which has taken place every four years since 2004. He has been teaching at Le Cordon Bleu Paris institute since 2016.

In their quest to win the competition, the three Chefs will be coached by Chef Olivier Boudot: after kicking off his career with Eric Kayser, this highly professional chef worked for a number of leading establishments and received numerous awards. He was named Champion of France in 2009 (bread category) during the French Boulangerie Cup and, in 2010, he was crowned Champion at the European Boulangerie Cup as part of the team representing France. Olivier Boudot has been a Boulangerie Chef Instructor at the institute since 2013 and Technical Director - Boulangerie since 2016.