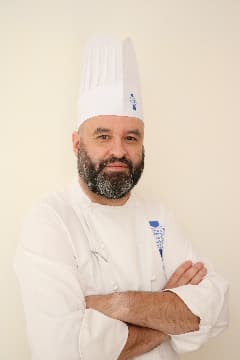 Chef Sebastien Graslan was born and raised in the Pays de la Loire region of France. Coming from a family who owned a hotel in Chevilly, Chef Sebastian grew up in the hospitality environment and chose to pursue the culinary arts as a career. Chef Sebastien moved to England in 1990 to develop his skills practically before gaining further experience across Europe in the kitchens of 5-star hotels. He returned to England in 1995 with a position at Elena’s L' Etoile, a classic French restaurant located in Soho. After two years, Chef Sebastien moved to Cape Town, South Africa at the prestigious Victoria and Alfred Hotel before returning to London in 1998. Chef Sebastien’s first role back in London came at Fredericks restaurant, under Andrew Jeffs (head chef 3 star Michelin at chez nico park lane) specializing in modern European cuisine. 2006 saw Chef Sebastien returned to the hotel environment with a position at The Sloane Square Hotel in London’s fashionable Chelsea district. Here, Chef Sebastien assisted in the creation of fine French cuisine in the hotel’s restaurant. Chef Sebastien joined Le Cordon Bleu’s team of Cuisine Teaching Chefs in 2012 and moved to Kaohsiung, Taiwan to open Le Cordon Bleu NKUHT campus in 2014. 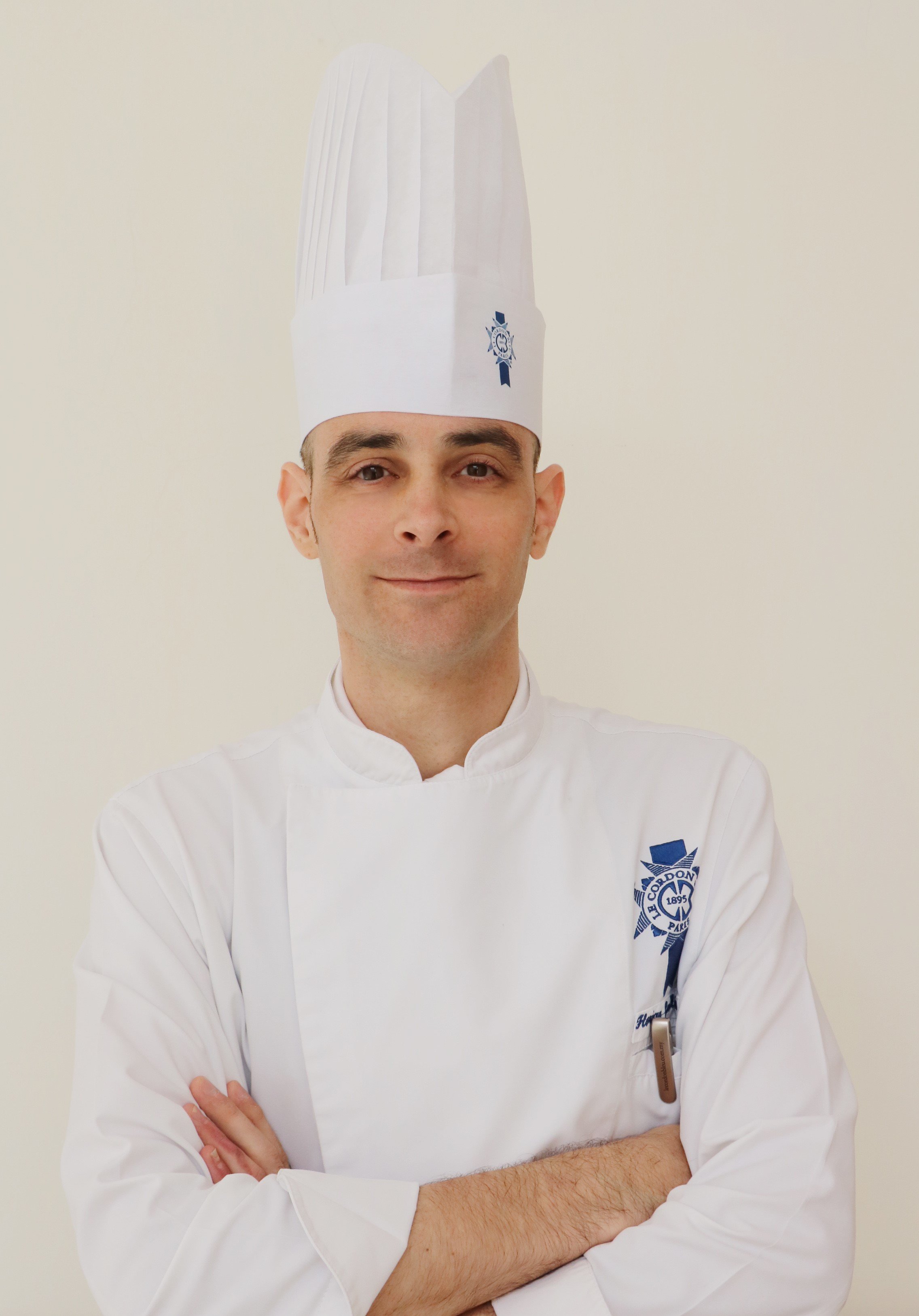 Chef Florian Guillemenot’s philosophy is that “ if one makes a cake with love, the person who eats it shall be filled with happiness”.

Since his apprenticeship in 2000 at the Sainte Anne catering school in Saint-Nazaire located south of France and his training at Nantes, Chef Florian’s love for chocolate artistry, showpieces and pastry technology has seen him travel around the world to spread the joys of patisserie.

With his prestigious qualifications, Chef Florian launched his career at the 5-star Royal Thalassothérapie at La Baule. As a testament to his love for the world of pastry, he left home for Oslo, Norway where he had a stint at Pascal: a notable Relais Desserts establishment owned by Pascal Dupuy. His journey then continued on at Bristol Hotel where he was Chef de Partie Pâtisserie followed by a voyage to Scandinavia, Finland as Pastry Chef for a French pastry shop called Frambois.

Chef Florian then returned to France to obtain his Master Diploma of Pastry (BM patisserie) at the National Institute of Bakery and Pastry (INBP), where he was invited to share his patisserie talent as a Trainer at INBP branches in France, South Korea, Luxembourg and Russia. After spending four years at INBP, Chef Florian was ready to work his way up by moving to Japan as a pastry chef for a year. Upon realizing he couldn’t get enough of Asia, he then joined Le Cordon Bleu Malaysia.

Chef Florian was nominated twice (2017/2018) as the Best Pastry Chef at the World Gourmet Summit in Singapore. He won the acclaimed title in 2018, an event deemed to be the Oscars of the Culinary/F&B world in Asia Pacific. He was also one of the judges for the global pastry chef challenge held at the World Chef Congress Kuala Lumpur in August 2018.

In October 2018, Chef Florian decided to continue his pastry journey at Le Cordon Bleu Kaohsiung as a Pastry Chef Instructor.