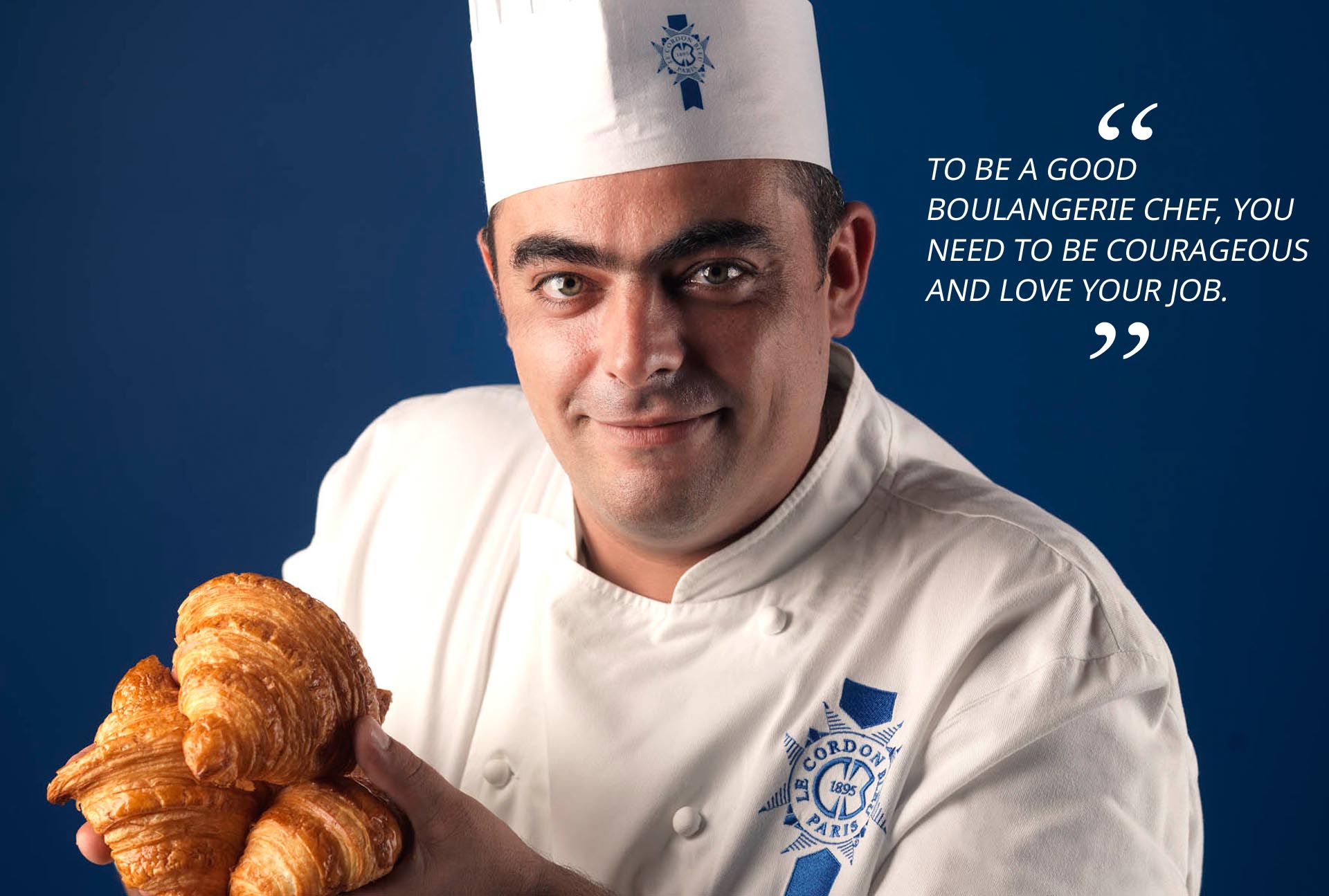 October 18, 2017 - Ever since he was a child, boulangerie has been all Chef Somoza has ever wanted to do. He took his first steps in the field at the age of 15, on a work and study programme at the Ritz, learning his craft alongside One of the Best Craftsmen in France (Meilleur Ouvrier de France - MOF). Then, after 8 years at Le Bristol as sous-chef and boulangerie Chef, he decided to take on a new challenge: teaching.

Chef Vincent Somoza, from boulangerie in a luxury hotel to school classrooms

How did you become a boulangerie Chef? Where did your passion come from?

Bread was part of every meal when I was growing up and played an important role in my family. We have always had a very special relationship with bread; it is inconceivable to throw it away.
Following several years experience in the industry, I was promoted to the position of boulangerie Chef at Le Bristol.

Boulangerie was the obvious choice. I began my boulangerie work and study programme with the CFA (Apprentice Training Centre) at the age of 15. I took my BEP/CAP over a two year period. During the 1st year I had the amazing opportunity of carrying out my work and study programme with the boulangerie team at the Ritz under Chef Bernard Burban - One of the Best Craftsmen in France (Meilleur Ouvrier de France - MOF) 1988.
I spent two exceptional years at the Ritz where I was taught boulangerie techniques in a highly disciplined manner:  there is no room for error in a luxury hotel. I also learnt a great deal about autonomy, organisation and team work.

With my diploma in hand, I decided to take a 1 year pastry qualification at EBP (a boulangerie and pastry school in Paris), where I was awarded my pastry BEP / CAP. I decided to carry out my work and study programme in a boutique to get an insight into that side of the profession.

Having completed my studies, I worked for a year and a half in an artisan boulangerie before finding a position at Le Bristol as second commis where I stayed for just under a year. A cuisine sous-chef at Le Bristol was going to work on the opening of the Fairplay golf hotel and spa in Cadiz, Spain, and suggested I join him as the hotel’s boulangerie Chef.
I remained there for two years before returning to Le Bristol after being offered the position of sous-chef, having remained on good terms with the boulangerie Chef, Wesley Tulwa. 4 years later, when the Chef left Le Bristol, I was promoted to the role of boulangerie Chef. 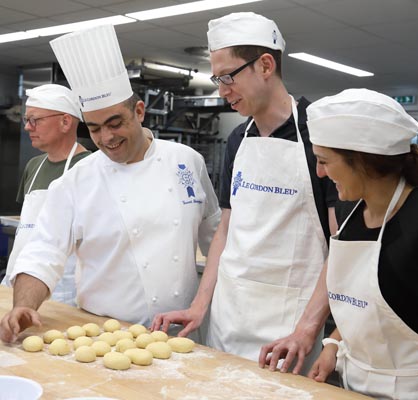 The team was fairly small and there was a great atmosphere in the boulangerie team.
I worked there for 8 years in all (sous-chef and Chef), before deciding to leave as I felt I had nothing left to learn and wanted to open up new avenues and take on a new challenge.

I was contacted by a headhunter, who was recruiting for Le Cordon Bleu Paris institute’s boulangerie Chef team, to come and take some tests. I was extremely interested, as I was already fully aware of Chef Boudot’s reputation.  I joined the boulangerie Chef team as a Chef Instructor in May 2016.

Could you describe a typical day in the life of a boulangerie Chef?

Our team at the school is made up of 4 boulangerie Chefs, 3 Chefs and a commis. We are extremely versatile and try to be fully aware of all the aspects in which the team are involved.
In the morning, I prepare my class and my lessons before teaching the students. We work on long fermentations in boulangerie, so the demonstration and the practical class take place simultaneously over a 6 hour period. This is different from cuisine and pastry.

I also give workshops for the general public and several boulangerie demonstrations to students on other training programmes at the school.
No two days are the same as we are always working with different products and techniques and each student is a unique individual.

Working with people of different nationalities is, in my opinion, a real asset in terms of meeting diverse people.

As I previously said, I was looking for a new challenge. I chose teaching because I enjoy working with other people for the social side. The pace and way of working are very different in teaching.

As long as I’m working in boulangerie, I’m happy. You also need to use your gut feelings in Boulangerie, to judge something which cannot be altered; dough is “alive” and needs to be worked differently every time.

I would suggest gaining as much experience as possible, not hesitating to change company in order to do just that and challenging yourself. Go and see what the competition is doing, be inspired by others without copying them and maintain an on-going dialogue (customers, Chefs, colleagues...).

In my opinion, the essential qualities are making sure you are surrounded by the right people, being courageous because getting up during the night isn’t always easy! Above all, you need to love your job. 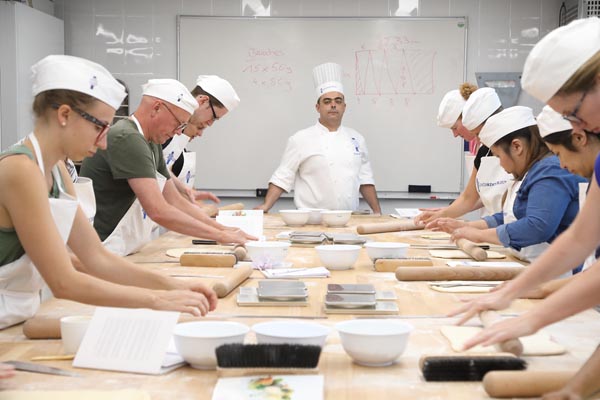 Favourite smell in boulangerie? Freshly baked pastries in a bakery in the morning

What’s your favourite bread / viennoiseries? There are so many... simple things are often the best, like croissants

The capital of gastronomy in the world? Lyon, France, the father of French gastronomy was a native of Lyon!

One Chef, if you could only choose one? There are so many Chefs, this is a profession based on sharing, and you need to make sure you have the right people around you and to work as a team.

An anecdote about your career? A headhunter in England opened the doors to working at Le Cordon Bleu Paris institute for me. It’s a small world!

Our chefs are sharing another technique with you - how to fold puff pastry with a single turn. Puff pastry is a versatile product, that once mastered can open ...

Anastasia Mitina participated in several cuisine and pastry workshops at Le Cordon Bleu Paris institute. She talks about these workshops and explains why she ...