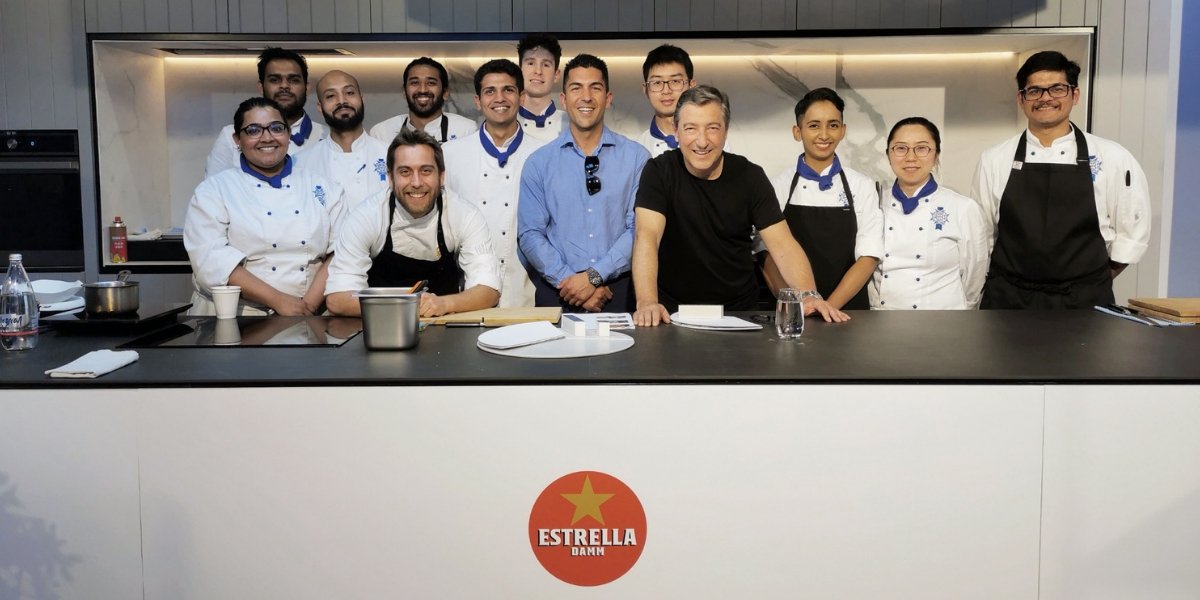 Hero demonstration
In the first session, iconic chef Joan Roca (who has three Michelin stars and came first in The World’s 50 Best Restaurants list in 2013 and 2015) spoke about his creative process during a live cooking demonstration. He shared that wine is used to steam seafood at the table on hot rocks, and apparently, the special dessert he showcased captured the emotion of Messi scoring a goal!

Each dish was designed to demonstrate the unique style of the chef’s award-winning restaurant, and to perfectly complement the beverage. At the after party, guests enjoyed sampling each chef’s dish with Estrella Damm beers and cocktails.

These industry experiences are an exclusive opportunity for students to enhance their work-readiness and build industry connections. Le Cordon Bleu’s global network of industry partners has enabled past students to work at iconic restaurants such as Mugaritz, Noma and Nerua. Since this event, Le Cordon Bleu Chef/Lecturer Javier Perez has secured a placement for alumnus Sebastian Kendrick at Joan Roca’s El Celler de Can Roca.

Dreaming of a culinary future? Enrol to study at Le Cordon Bleu in 2020.