Le Cordon Bleu São Paulo receives 35 visitors in the first Open Doors and is preparing for the next event, on the 30th June

The dream of getting to know the Institute of Culinary Arts Le Cordon Bleu São Paulo became a reality for the participants of the first Open Doors, held this Saturday, 23rd June. About 35 people visited the institute's facilities. The next Open Doors will be held on Saturday, 30th June.

The institute opened its doors at 10 a.m. for participants to visit the facilities, which follow the same standards of all 20 countries where Le Cordon Bleu is present. In São Paulo, the institute offers students the infrastructure of seven professional kitchens, two dedicated to demonstration classes, two for cooking, one for Pâtisserie, one polyvalent and one for preparation and production, as well as an auditorium for lectures and one library. The rooms are equipped with the most modern cooking technologies. 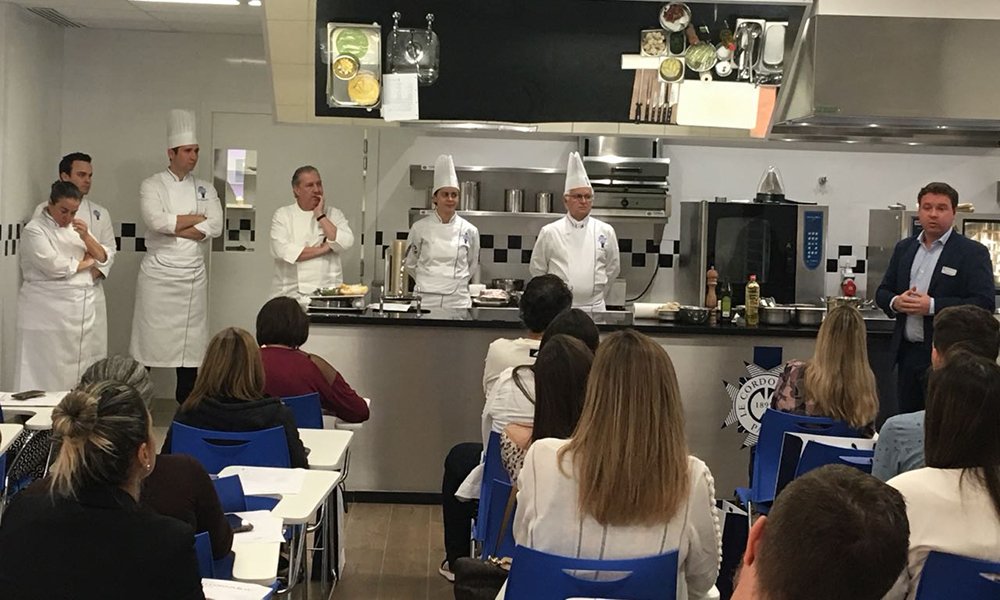 In the opening, the technical director, chef Patrick Martin, and the manager of the institute, Cláudio Baran, presented the academic program of Le Cordon Bleu and explained the courses that are part of the international curriculum of the institute, such as the Diplôme de Cusine, Diplôme de Pâtisserie and the Grand Diplôme.  Chefs Jean Yves, Amanda Lopes, and João Paulo Frankenfeld also hosted Open Doors participants. The next classes will begin on 16th July. Applications are available on the website.

Visitors were invited to attend a demonstration class with the institute's chefs and enjoyed the taste of the students' routine at the most famous Culinary Arts Institute in the world. The recipe for the day was the Poulet Grand-mère, a chicken prepared with shallot, bacon, champignon, and potatoes. For the demonstration of the techniques of Pâtisserie, the chefs prepared a Fraisier, a classic of French pâtisserie based on genoise soaked in Kirsch, and stuffed with cream of mousseline and fresh strawberries.


One of the participants of Open Doors was Thaís Panizza, who chose to change her career after working for ten years in the financial area to do what she likes best: cooking. Thaís was interested in studying at Le Cordon Bleu in another country, but when she heard about the Open Doors, she decided to sign up to get to know the institute in São Paulo. She will study the Diplôme de Cuisine, and maybe will also continue with the training in the Diplôme de Pâtisserie.

"Studying at Le Cordon Bleu is a dream. When I entered the institute, my heart pounded, I did not want to leave. Once you get to see the facilities, the chefs, and people who share the same passion you have for the ingredients and the kitchen, everything seems to be fantastic”, she said.

Another visitor was Rose Koraicho, who loves cooking for family and friends. She has already taken several courses and was a student of chef Renata Braune. As soon as she knew that Le Cordon Bleu would be opened in São Paulo, she began to think about studying Basic Cuisine or the short courses, which will still be part of the institute's program. Rose did not miss the chance to meet the institute and soon signed up for the Open Doors.

"I really enjoyed meeting Le Cordon Bleu. I found the atmosphere very inviting as well as the chef's stance. The two working areas we visited were very organized, with high-quality equipment. I really want to take the course”, she said.