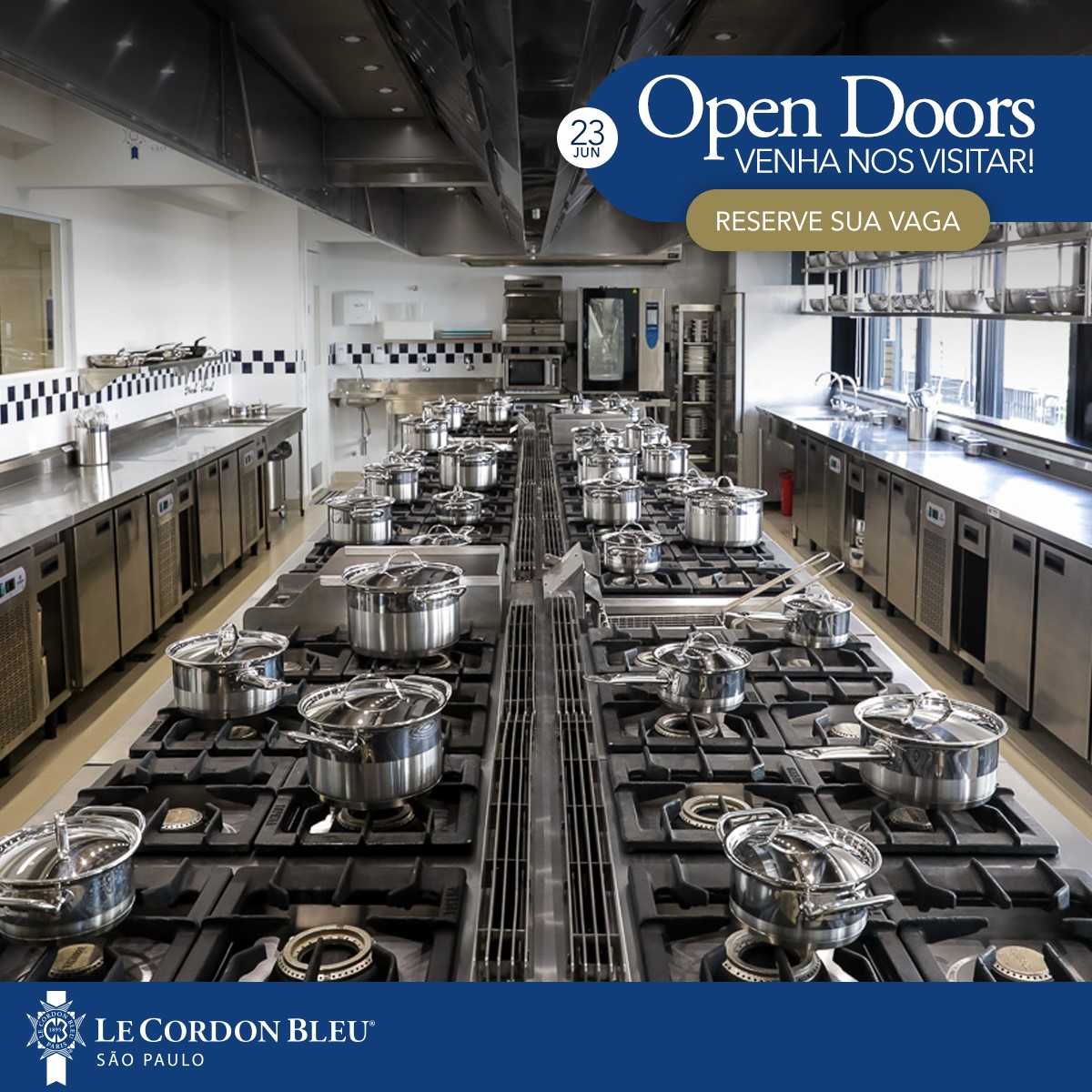 Visitors will get to know the kitchens that follow the international standard of the institute, present in more than 20 countries worldwide.

The Institute of Culinary Arts Le Cordon Bleu São Paulo will hold the first Open Doors event on 23rd June, from 10 am to 1 pm, at Natingui Street, 862, Vila Madalena. At the event, participants will be able to get to know the institute facilities and also attend a cooking demonstration class with the institute's chefs. Entries are available at www.cordonbleu.edu/sao-paulo/opendoors/pt-br.


The institute Le Cordon Bleu São Paulo offers students complete infrastructure, following the standards of all institutes present in more than 20 countries. There are seven professional kitchens, two dedicated to demonstration classes, two for cooking, one for confectionery and bakery, one polyvalent and one for preparation and production, as well as an auditorium for lectures and a library. The rooms are equipped with the most modern cooking technologies.

The program of the event consists of:

Register now and visit us!

The opening of the Institute of Culinary Arts Le Cordon Bleu São Paulo is the result of a partnership with Ânima Educação. The institute was inaugurated on May 8 and classes began on May 21, with 32 students, integrating the classes of Basic Cuisine and Basic Pâtisserie.

The next classes will begin on July 16. Apply now and guarantee your place in one of the classes of Le Cordon Bleu.

The Institute of Culinary Arts Le Cordon Bleu São Paulo has as technical director the chef Patrick Martin, who was responsible for implanting the institutes in Mexico, Japan and the United States. The courses of Cuisine are led by chef Jean Yves; chef Amanda Lopes, is ahead of Pâtisserie; and chef Renata Braune is responsable fo Preparation and Production.


At Le Cordon Bleu São Paulo, students can attend the international Le Cordon Bleu curriculum, with the Diplôme de Cuisine and the Diplôme de Pâtisserie. Each diploma consists of three levels of certifications: Basic, Intermediate and Superior. By obtaining the two diplomas, which can be completed in up to nine months, the students achieve the highest level with the Grand Diplôme.

As an international network, the institute Le Cordon Bleu is recognized by companies and professionals of the gastronomy worldwide. During the courses, students can exchange experiences with other students and chefs from different countries. With this, they gain a passport to build a successful international career.