Chef Jungsik put a modern twist on traditional Korean ingredients for the 7-course menu, which featured Red Snapper with crispy, puffed scales, as well as pineapple- and kiwi-marinated short rib. His famed perfectly cooked octopus braised in mild broth for hours and served over Gochujang sauce, was certainly the favored dish of the evening. 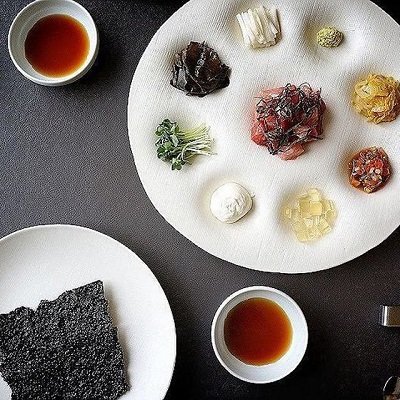 Sommelier Alexandre Craig paired a range of wines to highlight Chef’s dishes. Sourcing rare, niche bottles from the vast Signatures cellar, he presented and described his selections, explaining his thought process along the way. Highlights of the evening were a 2001 Condrieu from George Vernay (France), a 2004 Pinot Noir from Casa Marin (Chile), a 2003 Chardonnay from Cullen (Australia) and a 1995 Rivesaltes Ambre from Chateau des Gardies.


Guests described their dining experience as;


A feast for the eyes and stomach; an impressive display of Korean dining with the highest level of technical skill and the finest attention to detail; the textures and flavors were beautifully executed.

Teaming up with Chef Jungsik and his culinary team was a select group of Le Cordon Bleu Ottawa graduate students. The evening provided students the opportunity to deeper understand traditional Korean cuisine as well as test their culinary techniques in a highly-diversified menu. 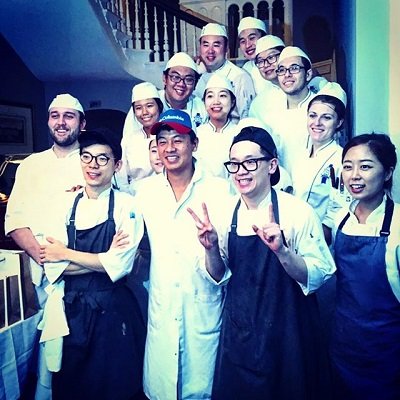 The evening was hosted at Signatures Restaurant in collaboration with The Embassy of the Republic of Korea in Canada and Le Cordon Bleu Ottawa Culinary Arts Institute.

For more information on bookings for the evenings of Tuesday 20th or Wednesday 21st September, please call 613-236-2499.

Sign up now and join us on August 15 to meet our recruiters and learn how you can become a Le Cordon Bleu Student today!