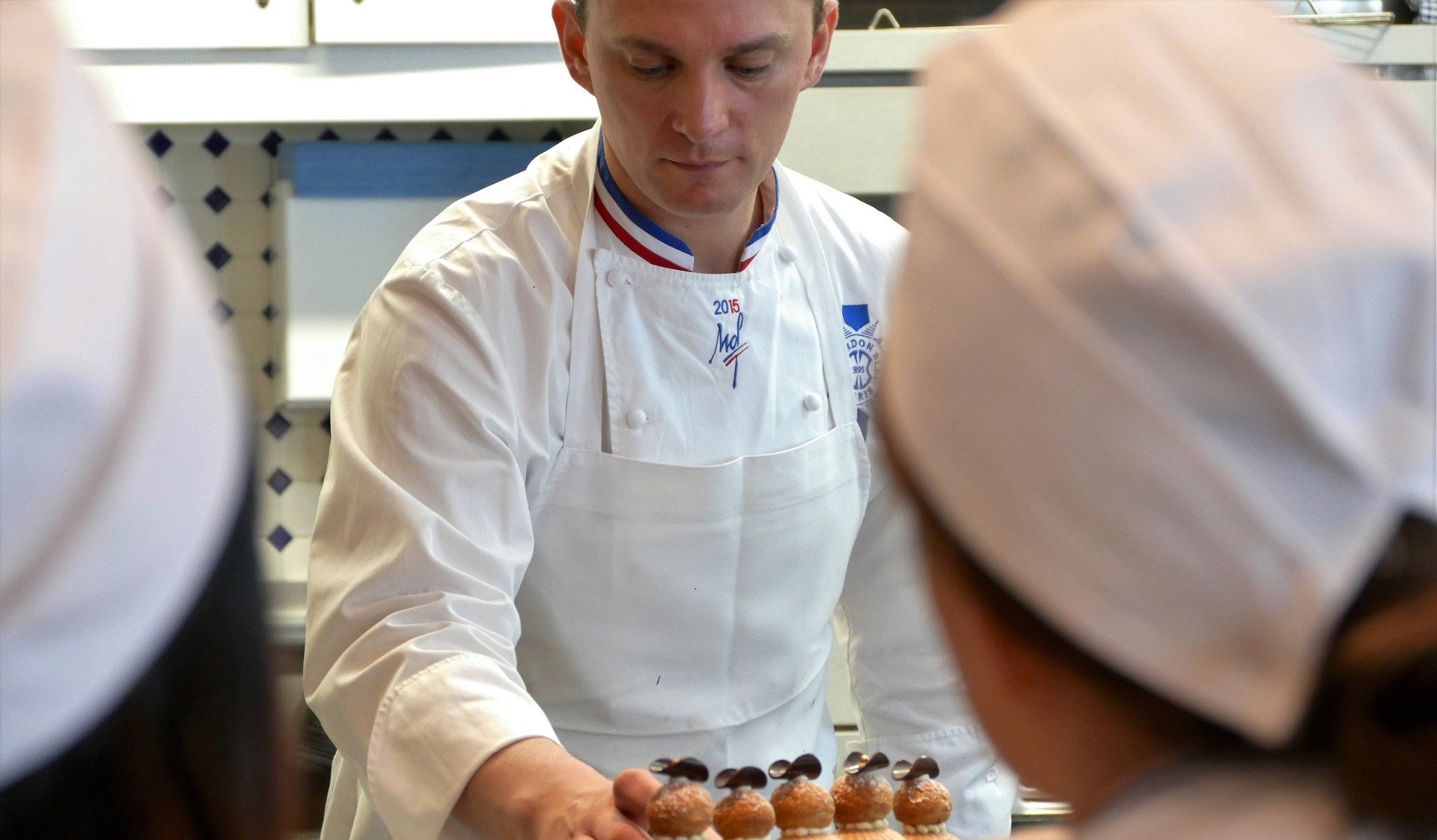 
Chef Nicolas dexterity as a master sculptor producing daring creations has seen him earn the honorary title of: Un des Meilleurs Ouvriers de France M.O.F - ‘One of the Best Craftsmen in France, Ice and Ice Cream’.

Throughout the course of his career, he has taken ice carving and sugar techniques to new heights, resulting in various prestigious awards including: Bronze Medal Ice Carving at Winterlude Ottawa 2010, Ice Sculpture France Championship Winner 2010, Winner of the Ice Desserts Open at the Sirha 2011 and made the selection for The World Pastry Cup 2013 team in France.

Born in Vannes, France, he gained his professional CAP certificate in pâtisserie under the apprenticeship of Mr. Alain Chartier M.O.F - Best Craftsman in France. He then went to work at esteemed two Michelin-starred Laurent restaurant in Paris, before heading off to Canada to work along Christian Faure M.O.F - One of the Best Craftsmen in France, Ice and Ice Cream. In 2011, Chef Nicolas joined the team of pastry Chef Instructors at Le Cordon Bleu School in Paris before joining the Ottawa team.

In an earlier interview when asked what advice he would give to someone thinking of becoming a chef, he explained;

Don’t go into pastry to make cakes, but to work as an artist. To be a good pastry Chef, it is essential to have a very creative streak. It is also important to enjoy working with ingredients, as they are the basis of all creations. It is only natural that a pastry Chef who loves his work will produce beautiful creations.

Ice carving and sugar technique may be his specialty, but Chef Nicolas has certainly mastered the pastry chef’s repertoire.  He has been awarded many prestigious culinary awards, trained along some of the best and is now sharing his love of pâtisserie with students at Le Cordon Bleu Ottawa Culinary Arts Institute, the exclusive North American campus of Le Cordon Bleu.