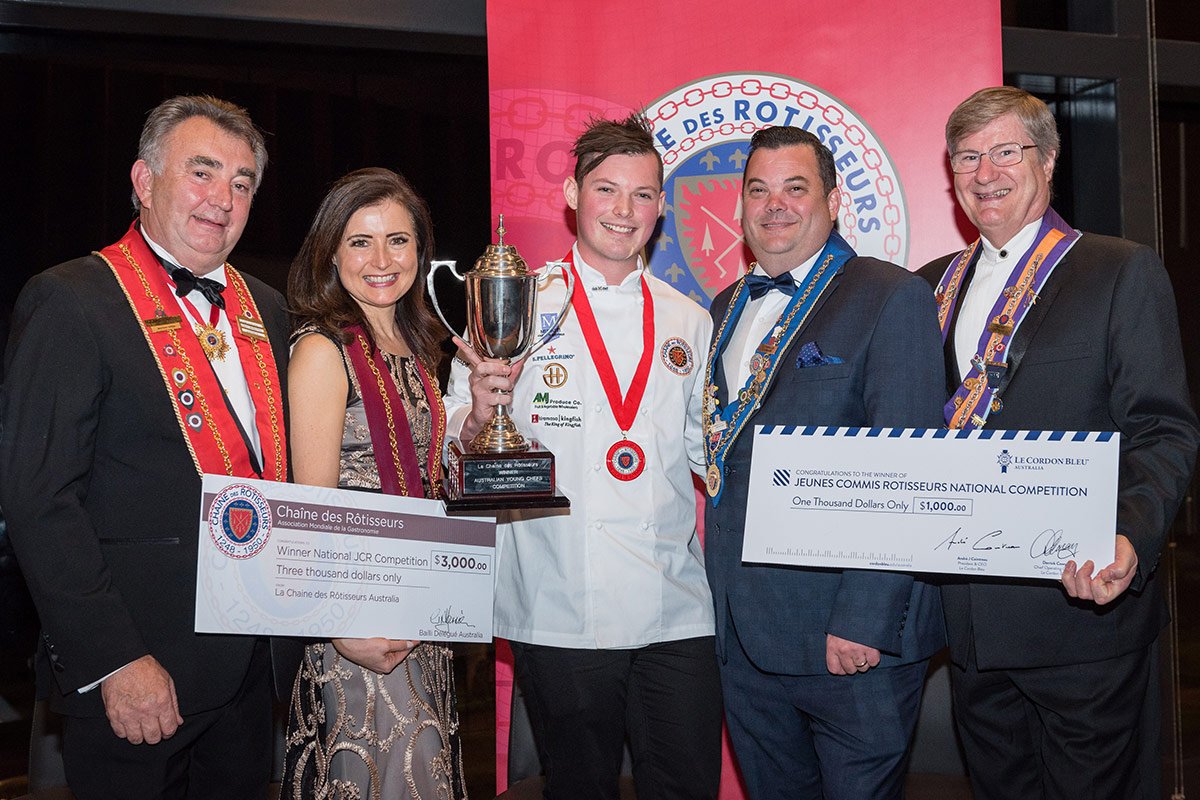 The winner of the national competition was announced at a black tie awards dinner at the Adelaide Oval. The menu was prepared by Adelaide Oval Executive Chef Hamish Robertson, and Hill of Grace Restaurant Executive Manager, Chef and member, Dennis Leslie.

The national competition was hosted in the Adelaide Oval kitchens by the Oval’s Executive Chef, Vice-Chargé de Missions, Hamish Robertson.

The winner, Chris Malone received $4000 in prize money and an all-expenses paid trip to Frankfurt, Germany to represent the National Bailliage at the upcoming international final in September 2017.

Conseiller Culinaire, Andrew Crispin (Crown Melbourne) headed the panel of three kitchen judges and six tasting judges to ascertain this year’s winner. Andrew enthused: “The calibre of entrants has definitely increased every year, and this year we had a really good field of competitors who excelled across the board. Chris stood out with his kitchen techniques and the way he was organised really set him apart. It is clear he has trained for these types of events and that he was really focused.”

Eight local Bailliages were represented this year, in addition to the winner from Western Australia the competitors were:

The votes are in! Le Cordon Bleu Australia is thrilled to announce it has been named Oceania’s Best Culinary Training Institution in the 3rd annual World ...