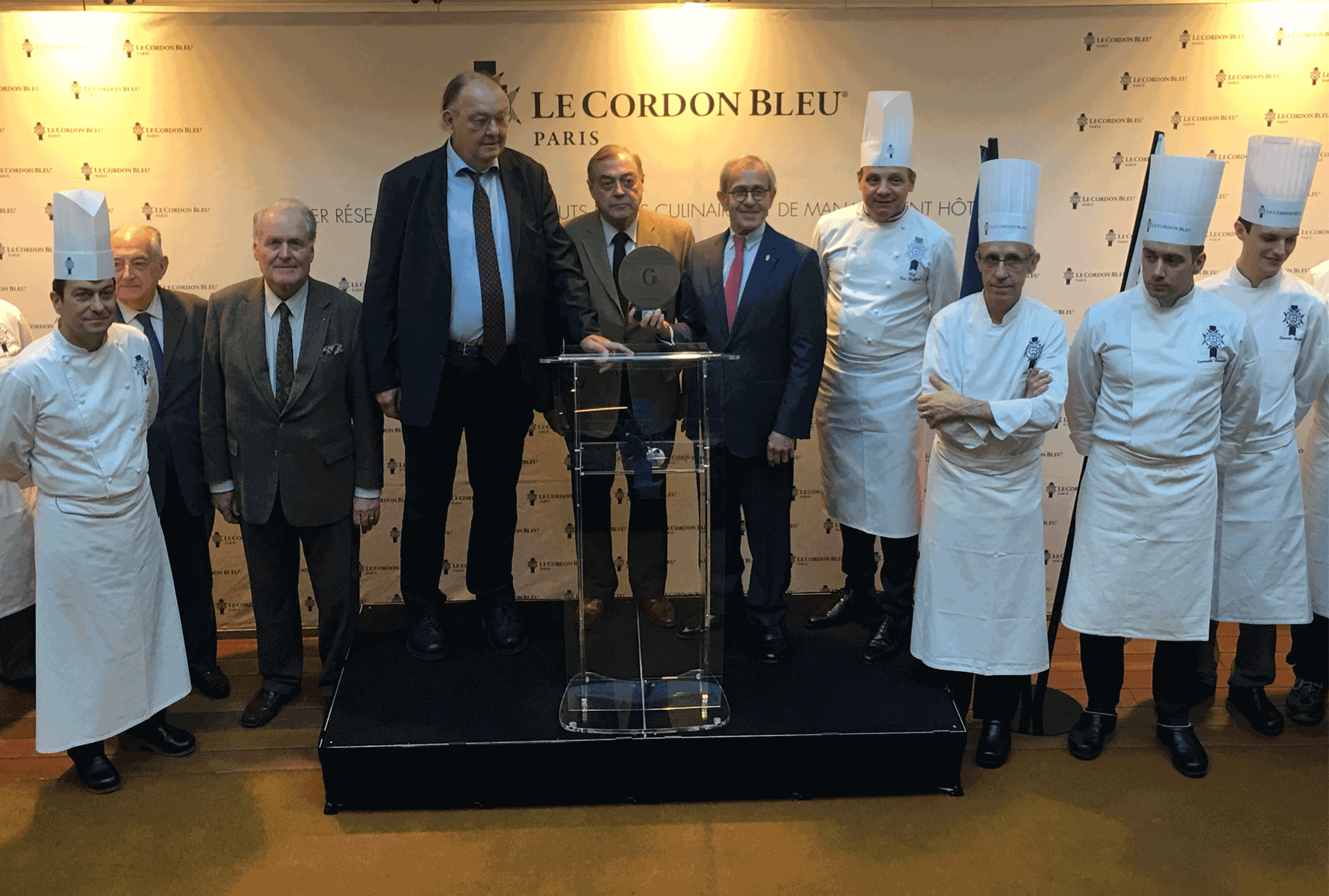 Paris, 12 December 2018 – With over 20 000 students trained every year in its 35 Institutes located in more than 20 countries, Le Cordon Bleu is currently the leading global network of Culinary Arts and Hospitality Management Institutes. Le Cordon Bleu Paris was honoured to be awarded the Grand Prix de la Culture Gastronomique (a prize awarded to those who have made an outstanding contribution to the cultural field of gastronomy) today by the International Academy of Gastronomy (AIG), in recognition of its global reach, and the quality of its teaching. 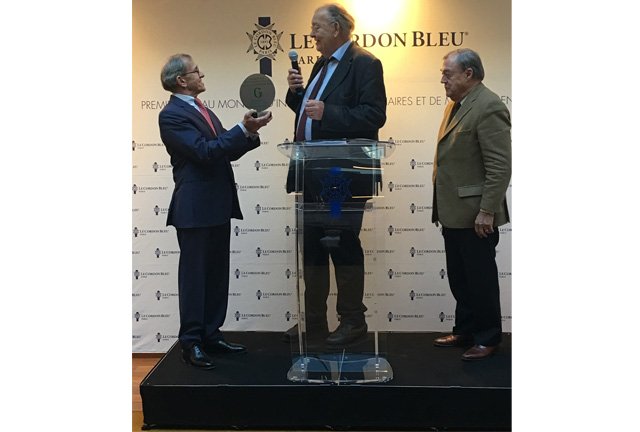 This award underlines the excellence of the top-class vocational training programmes, in the field of both the Culinary Arts and Hospitality and Restaurant Management, taught as certificates, diplomas, degrees, masters and even research chairs. Mrs. Sylvy Morineau, Academic Director at the Paris institute, recalled the recent partnership signed with Paris-Dauphine University in June 2018, in order to provide university backing and validation for the management programmes.

This distinction is clear evidence of the commitment and dedication of the Chef Instructors and the entire Le Cordon Bleu team, ambassadors of French savoir-faire at the service of world cultures and cuisines, stated Eric Briffard, One of the Best Craftsmen in France (Meilleur Ouvrier de France - MOF), Head of the Institute and Culinary Arts Director at Le Cordon Bleu Paris.

The AIG is an International Federation which encompasses gastronomic Academies from 25 countries around the world. Its goal is to safeguard and ensure the development of regional and national culinary cultures and heritages, whilst encouraging gastronomic creativity. Every year, as part of its role, the AIG awards four International and National Grands Prix in recognition of individuals or institutions that have made their mark on the field of gastronomy and food.