Le Cordon Bleu alumna Amanda Bankert had always dreamed of owning her own pastry shop. Today she owns a thriving business, Boneshaker Doughnuts, in Paris and has been supplying American-style doughnuts to Parisians since 2015.

After graduating from Le Cordon Bleu Paris in 2004 with a Diplôme de Pâtisserie, Amanda moved to Dublin, Ireland, and worked as a pastry chef for eight years in a variety of kitchens. “I’ve experienced the adrenaline and comradery of fine dining; the solo, early-morning starts of a bread baker; and even the madness that is creating wedding cakes!”

In 2012, she returned to Paris to open her own pastry shop. She said, “When my husband and I were making plans for our shop, we wanted to create a space with a casual, ‘mom and pop’ vibe, while maintaining a commitment to high quality ingredients and small batch production. Handmade doughnuts were nonexistent in Paris at the time, and we decided to bring our favourite American pastry to the streets of our adopted hometown.”

Amanda’s commitment to excellence is clearly seen in the time consuming process involved in creating a Boneshaker doughnut. Her signature dough is similar to a brioche, made in the evening and left to rise overnight. The next morning it is hand-rolled before each doughnut is individually cut, shaped and left to rise a second time. After, they are fried and glazed. The entire process takes about 18 hours.

Amanda highly recommends Le Cordon Bleu to those considering a culinary profession. “Studying at Le Cordon Bleu provided me with the building blocks for my career. The classic French techniques I learned were integral to the development of Boneshaker’s signature dough, and the glazes and garnishes that we are now known for. I would definitely recommend Le Cordon Bleu to anyone interested in the culinary arts.” 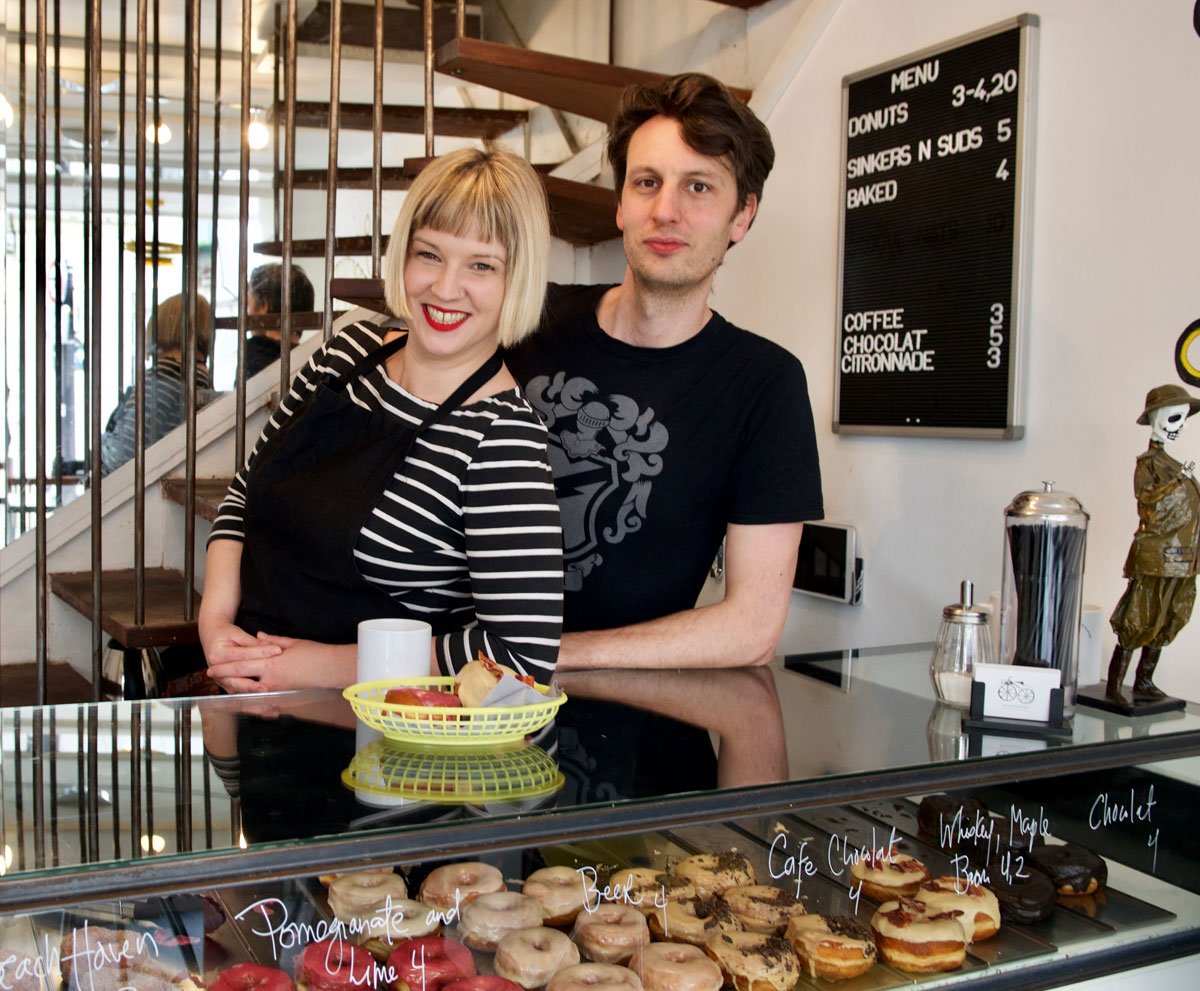 Boneshaker Doughnuts began supplying local coffee shops in 2015, and in July 2016 they opened their first establishment in Paris’s second arrondissement. Amanda’s commitment to excellence and passion for pâtisserie is the hallmark of a proud Le Cordon Bleu alumna.