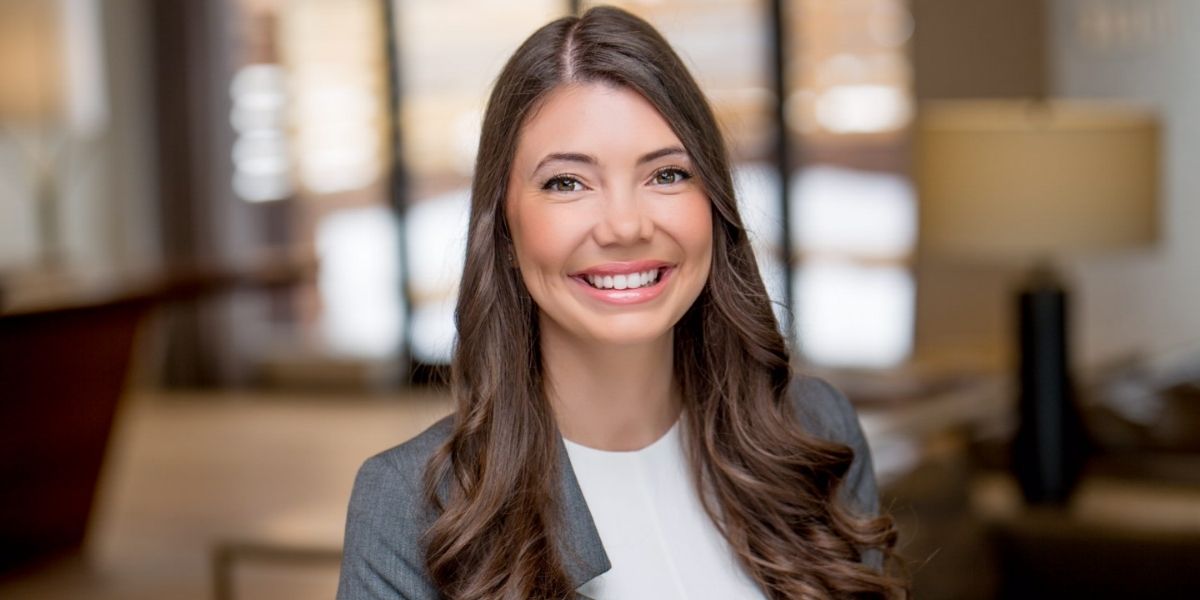 Imogen Christie graduated from Le Cordon Bleu Adelaide with a Bachelor of Business in International Hotel Management. She has travelled the globe and found success behind hotel doors, where a world of business opportunities await.

Discover Imogen’s story of success and find out the pathways where you never knew a career in hospitality and tourism could take you!

Why did you decide to pursue a business career within the hotel industry?

I was very lucky to travel a lot when I was younger. I loved it so much that I wanted a career where I could travel and work. My first trip was when I was 7 years old when I went backpacking with my family through Europe for 5 weeks. We also travelled America, Africa, Iceland, and went back to Europe. My parents had three kids and now when I look back, I have no idea how they managed!

My love of the hotel experience during these travels also attracted me to the industry, as well as the career flexibility. I initially had my eye on a front desk/rooms division management role at a hotel. My idea of a dream job changed the more I learned about the range of opportunities in the industry, which I initially didn’t know existed.

What was your experience like studying with Le Cordon Bleu Adelaide?

Bachelor of Business in International Hotel Management was a triage degree and I loved that it had a big international focus. I gained experience in the classroom as well as on the ground, learning in hotels and in the kitchen. This meant we could try everything and go into the industry with a lot of background into different avenues. The experience my Le Cordon Bleu lecturers made me feel like I was in really good hands with the best mentors.

I also loved the wine tasting! The Wine Appreciation Room was so cool. It was so interesting to learn about wine and especially being from Adelaide, it’s a big part of the culture and industry there. My fondest memory of Le Cordon Bleu Adelaide itself is being with my classmates and doing hands-on things. I liked meeting people from different countries. My peers have now moved to different locations across the globe and it’s nice knowing people all over the world who are in similar roles. I still have most of them on social media too.

Where has your hotel career taken you?

I did my first work placement in housekeeping and my second placement was a front office role. I never knew that hotels had sales teams before studying at Le Cordon Bleu Adelaide.

After graduating, I got a front office role at Hilton Adelaide with cross-exposure into the sales and events team. I really wanted to live overseas in my early 20’s and due to the global nature of the industry, I was able to get a transfer to Canada. I landed an Events Coordinator position in Toronto. One of the first things mentioned in my job interview in Canada was that they knew who Le Cordon Bleu were, the great reputation their alumni have and everything. That definitely benefitted my career.

The role in Canada was only a two-month contract initially, so it was a bit of a gamble moving overseas at first. Luckily the contract got extended and afterwards, they referred me to a job opening at one of their sister hotels. Two months turned into four years in Canada and I’m so glad I did it, both professionally and personally. Especially since Hilton is so big in North America, it gave me great experience with strategising and I learned so much from being around some really influential leaders within the Hilton world.

I was ready for another change and considering where in the world to go next. I wanted to try a regional position where you work for a few hotels, rather than just one. I applied for jobs in Singapore, Dubai and Adelaide and I was offered a job at Hilton back in Adelaide. It was perfect because I was representing all the hotels in Asia Pacific and it just happened to be based from home.

What does a day in your job look like?

I now work at the Mayfair Hotel, which is a luxury hotel in Adelaide. I moved here to be a Business Development Manager. I currently do all the contracting and proposals for corporate clients and corporate groups of Mayfair Hotels, which involves strategising, negotiating and account management. The contracts involve things like individual stays, or companies holding executive board meetings, conferences, events or training at Mayfair Hotel. Once everything is confirmed from my end, our events team organise all the finer details, like picking out the chairs the client wants, choosing the menu, etc.

I’ve recently been promoted to Associate Director of Sales, so I am now assisting as a senior manager by overseeing the events and sales teams. I also work closely with reservations to make sure everything is running smoothly and giving training. My time in housekeeping and front office has allowed me to understand the questions needed for things to run a lot smoother in my role now. Without that, I probably wouldn’t do my job as well.

What has been the biggest hurdle in your career?

I would say moving from a front office role to a job in events and sales within the hotel industry. I wanted to get into sales for a quite a while and it is a hurdle for a lot of people to take that step. Being open to moving overseas and putting my hand up for as many opportunities as I could really helped. Cross-training was also really beneficial for me and the experience grew into a different opportunity.

What is your proudest accomplishment?

When I was in Canada I received a Circle of Excellence Award for Hilton, which is really hard to get. I achieved over 150% of my sales target for the year. They sent me and the other awarded employees to Mexico for a week, the CEO and all the high executive staff also attended. I think there were about 100 people who went on this trip out of every single Hilton hotel in the world, and there are thousands of them. It was incredible. That same year, I was also awarded the Top 30 Under 30 in the Ontario hotel industry. It was a very exciting year!

What do you think is a common misconception about the industry?

Probably the range of job opportunities there are in hotels. Most people only see the front of house jobs during their hotel experience, like the front desk or food and beverage roles. But there is much more that goes into hotels behind the scenes. There are many opportunities in the industry which are unheard of. Especially from the business side with roles that require strategic skills or other corporate skills needed for running a business, with the perks of an international or travel focus.

What do you enjoy most about your job?

My role is diverse and no day is the same, that’s what I love about it. It’s a lot of fun – you work hard and play hard! I enjoy the strategising side of things, but also having that human connection. I like that I am able to meet with people or build relationships but I also get to be a bit nerdy by looking at production, doing reporting, etc. I can use both sides of my brain so I don’t ever get bored and I feel like I’m always growing in both aspects.

1. Be open to any opportunity that arises and say yes!
2. Stay positive and put your best foot forward all the time.
3. Learn from your leaders. Not just the good ones, but the ones which aren’t good as well.

Get your passport to an global career in the tourism & hospitality industry: