“I test recipes for a living.”

Food Editor for Cooking with The Australian Women’s Weekly 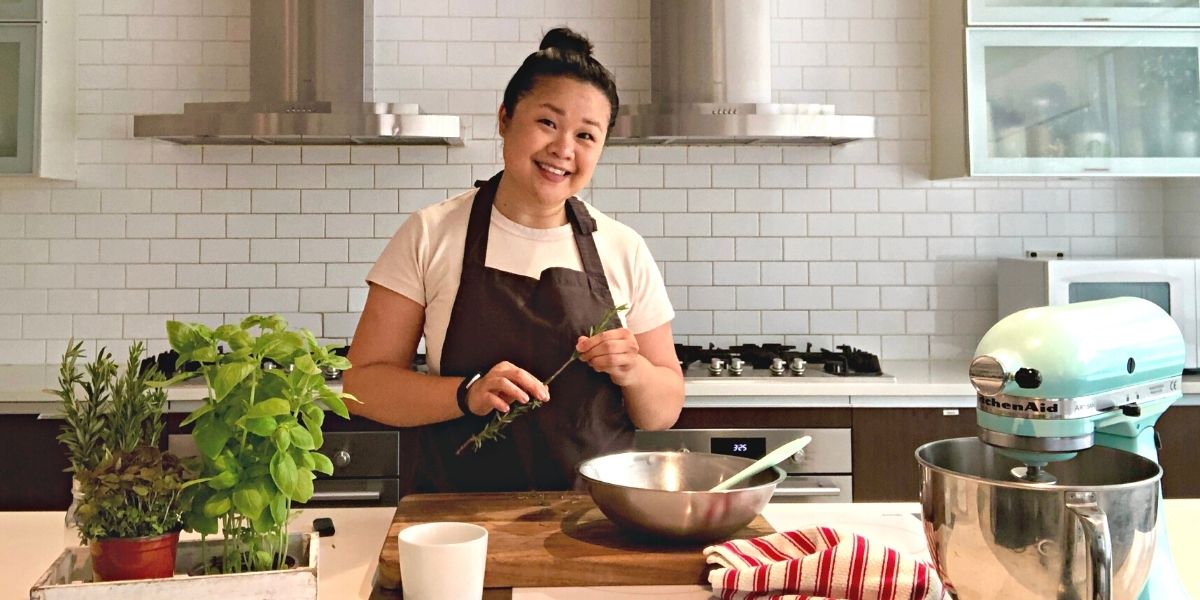 Le Cordon Bleu Sydney Alumna Sandy Goh is a Food Editor for Are Media, curating features of the most widely read mass women’s magazine in Australia. Learn about Sandy’s experience as a Recipe Tester for Donna Hay and her food journey in the industry to date.

“The thrill I got when I saw my name credited in the back of a cookbook for the first time was an incredible moment for me. That, and perfecting the art of creating French macarons. Those are my greatest accomplishments in the culinary industry so far. When I look back on my journey, I am still quite new as a professional in the culinary space compared to others. But I remember all those times I was on my feet for 16 hours straight and the days I really struggled, I realise these challenges I faced in the industry have helped me to develop the thick skin that I needed to stay motivated and dedicated to what I want to do. I am so glad I’ve landed where I have.

"I am currently a Food Editor for Cooking with The Australian Women’s Weekly at Are Media. Previously, I spent eight years working for the NSW Food Authority. I feel like I paid my dues [laughs]. I was in a completely different part of the culinary spectrum. It involved a lot of enforcement work as we were the state government agency for food regulations in NSW. Cooking is something I have always loved to do, something I indulged in as a hobby. Making food for other people is my way of showing that I care. It is my love language.

"I came across Le Cordon Bleu after doing a bit of research. I didn’t really have a path in mind, all I really wanted was to develop my skills in the kitchen. I figured, I could go to a TAFE… or I could go to Le Cordon Bleu! I had the prospectus tucked away at my desk. On particularly bad days at work, it would remind me that maybe I should look more into this path. I approached the eight-year mark at my job and I thought, if I don’t take the chance now, I will probably keep sitting at this desk forever and regret it.

"So, I took the plunge. My family was really supportive. I love pastry, but I wanted to be a jack-of-all-trades, so I chose to study a Diplome de Cuisine at Le Cordon Bleu Sydney. It was a very scary decision. Spending eight years anywhere is a really big commitment. To go from something so corporate into something completely unknown was a path I wanted to go into with my eyes wide open. I thought, if I’m going to take this step, I want to start this new chapter of my career on the best foot that I can. I wanted to be as informed as I could be and the preparation that Le Cordon Bleu gave me was the best start in the industry that I could have asked for. You really benefit from the international reputation of Le Cordon Bleu. You are exposed to such great teachers, so many opportunities to network in the industry and I believe it was the best path for me.

“I will take any job you can give me”, I said on my industry placement at Mr. Wong, Merivale. I didn’t have any preference of where I fit in the kitchen, because I didn’t have a point of reference yet. I spent all of 45 minutes on larder, when the Executive Chef tapped me on the shoulder and said, “we need someone on pastry”. I was all in! Being in a new industry, I wanted to be open minded and not closed to opportunities that come my way. In hindsight, I am glad I went in with that attitude, as it has opened up a lot of doors for me.

"It was very serendipitous. Donna Hay was looking for a Recipe Tester. I had a contact in food media ask me if I was interested. So, I worked with Donna for a few months on her book Everyday Fresh Meals in Minutes as a Recipe Tester and Photo Chef. And that was my first foray into food media. It was like the lightbulb went off. I thought, oh my gosh, this is the space I want to be in! It’s not something that I, A) had a lot of exposure in or, B) knew much about. It was great working for such an iconic Australian personality. To be involved in the behind-the-scenes process was really exciting. It is not a space I’ve ever considered or aspired to move into. But once I got there, it was great because I got to nurture that creative aspect and be able to use my skills as a chef. The cookbook now takes pride of place on my bookshelf as the first one I ever worked on. 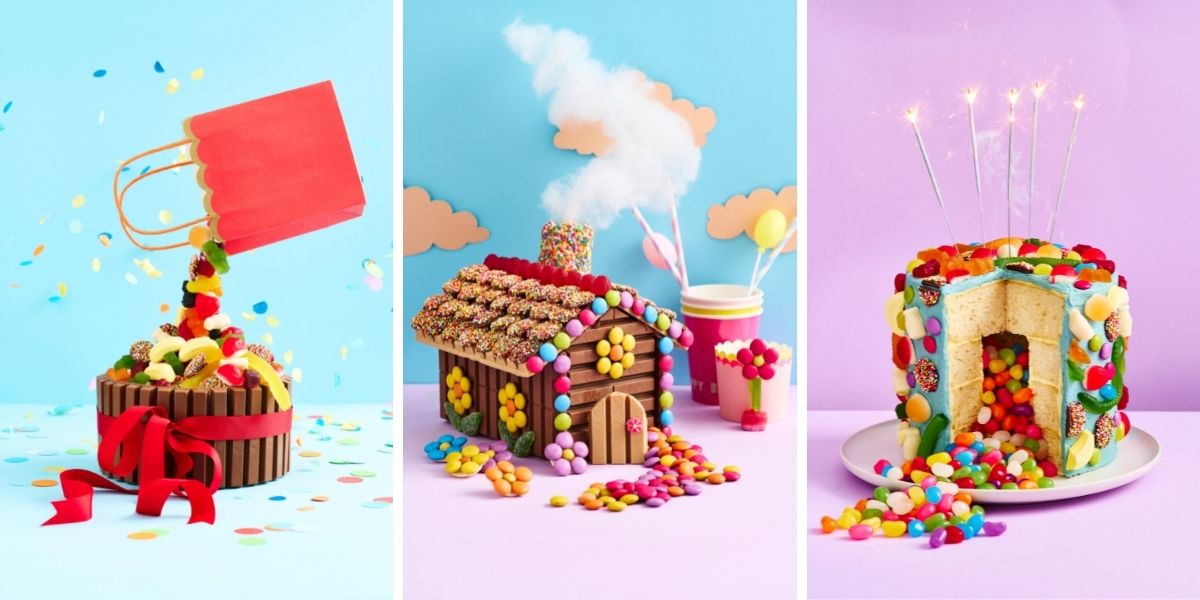 "In addition to my current role at Cooking with The Australian Women’s Weekly, I also do a bit of work for the main magazine as well, Australian Women’s Weekly (AWW). Plus some sub-editing for other titles with varying styles. Prior to becoming the Food Editor here, I was a freelance Photo Chef for books. There are a few titles that I have been very fortunate to be a part of, such as Feast by Miguel Maestre and Guilt-free Snacks by Luke Hines. I really do think seeing my work printed is an amazing feeling. When you are a chef, you are pumping out the volume and you don’t get to sit down and reflect on the beautiful work you’ve just produced. Now being in food media, I have afforded that privilege to be part of a team that makes these beautiful images for books and magazines. That is the biggest thrill for me and that’s my biggest driver.

"It really does take a village to produce a beautiful image. My main role is curating the features which make up the magazine. I look at all the content AWW has produced over the years and how it fits together, what is seasonal and what is on-trend. It is really enriching for me to contribute to the curation of these beautiful stories for our readers. In-between all of that, I jump back on photoshoots. It keeps my chef skills fresh and current. We also do a lot of TV shoots. For example, we recently did a ham for The Morning Show on Channel Seven [view here]. I made sure we had all the produce ready, that the ham was made beautifully, and that everything for the segment was set to run smoothly.

"Who doesn’t love grocery shopping? As a Food Editor for Are Media, part of my role is also coordinating all the ingredients for photoshoots. As much as it is about the techniques and the final dish, everything has got to be visually beautiful. So, I put on a different set of eyes when I go out and do a hand shop for produce. It’s a lot of fun and I have gotten to know some amazing spots for produce. On the days when we’re shooting, I work with the stylist and photographer to prep for every shot as per the brief. You have to understand what to capture about the recipe and how that fits into the grand scheme of the book or content. You need to be very organised and efficient in the kitchen, making sure you have everything ready to go to make it look beautiful on set.

"The biggest misconception about my job is that it is all glamourous. You do get to be around beautiful food and a lot of talented people, but there is a lot of hard graft. You need a lot of grit to keep up with content production. In Australia, everyone’s parent has an AWW cookbook on their home kitchen shelf. So, to be a part of such an iconic brand is something that I don’t take for granted for a second. I am very lucky.

"Food media is such a tight-knit industry with only a few degrees of separation. I think that’s a great thing, because everyone is so supportive and no one gatekeeps opportunities. If you go in there, you know what you’re doing and you are keen to learn, then people are very willing to support you and introduce you to new networks."