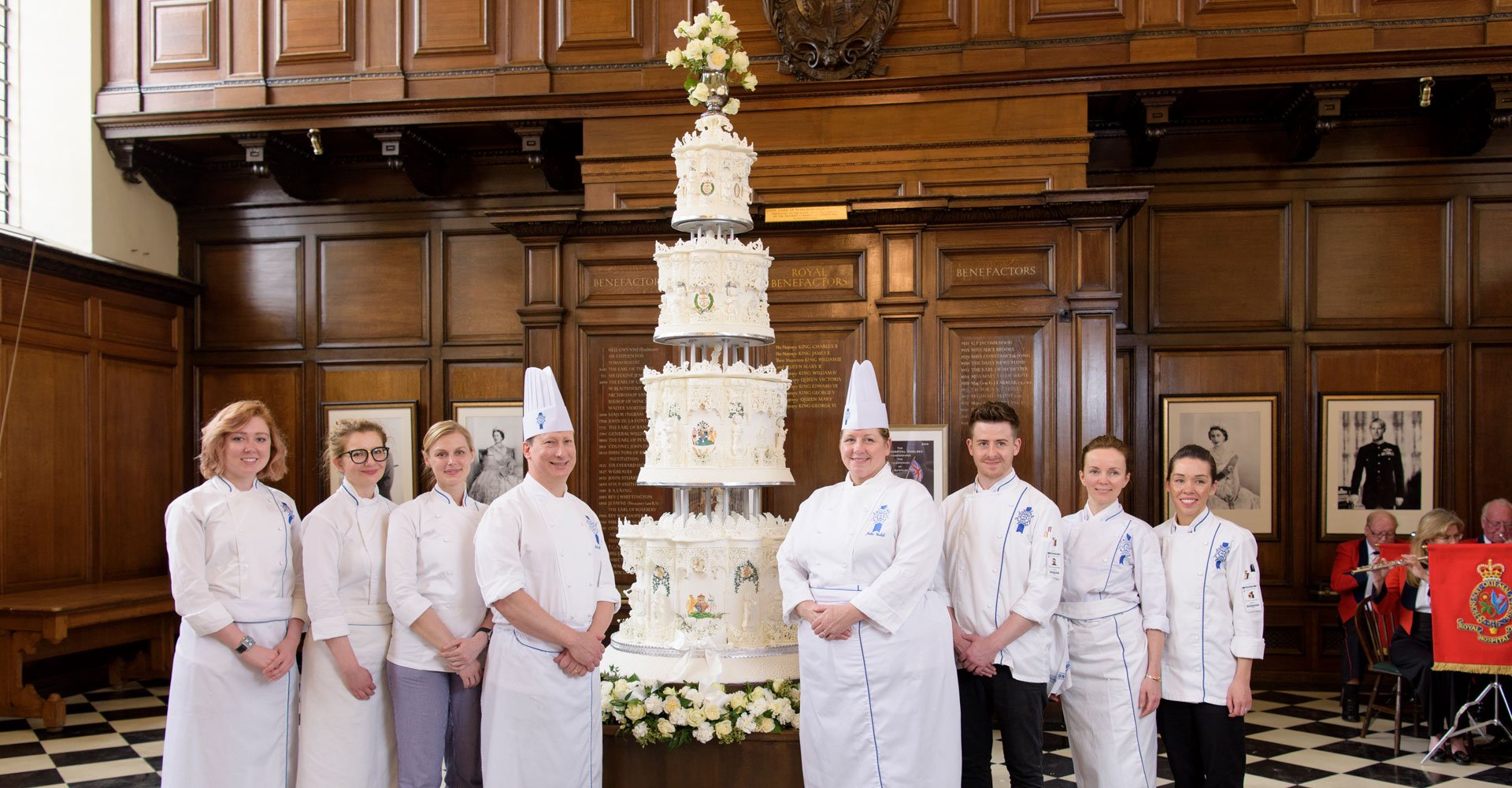 The iconic cake has been recreated by Head Pâtisserie chef Julie Walsh and Chef Matthew Hodgett at Le Cordon Bleu, with the support of the institute's Pâtisserie team and students, who spent months researching, baking and decorating the 4 tiered cake to match the original Wedding Cake of 1947. Standing at a staggering 9 ft tall, the cake weighs 500 lbs and contains an incredible amount of ingredients – 60 lbs of butter; 55 lbs of sugar; 750 eggs, 160 oranges and 80 lemons and 3 litres of navy rum.

On Monday 20th November 2017, Le Cordon Bleu was honored to present Her Majesty The Queen with a special gift in the celebration of 70 years of marriage, offering the top tier of the Royal Wedding Cake replica. Based on archives and photographs, the fruit cake was meticulously made to size and clothed in white royal icing, including the intricate decorations.

Le Cordon Bleu has a rich history of spectacular events. In 1953, the institute was involved in the Coronation Day banquet with the confection of the menu’s original dish ‘Poulet Reine Elizabeth’, which today translates to Coronation Chicken. Proud to be part of such an exceptional event, Le Cordon Bleu continues to provide excellence in the training provided to its students, and showcase the high expertise of Le Cordon Bleu Master Chefs worldwide on a number of occasions.

Following much excitement around the Royal Wedding Cake over the last few weeks in the media including Good Morning Britain ITV live show, it is now on public display at the most fitting of venues – The Diamond Jubilee Tea Salon at Fortnum & Mason, London, which was opened by The Queen in 2012. The cake will be available to view from 21st November for two weeks and really is a spectacle to behold. 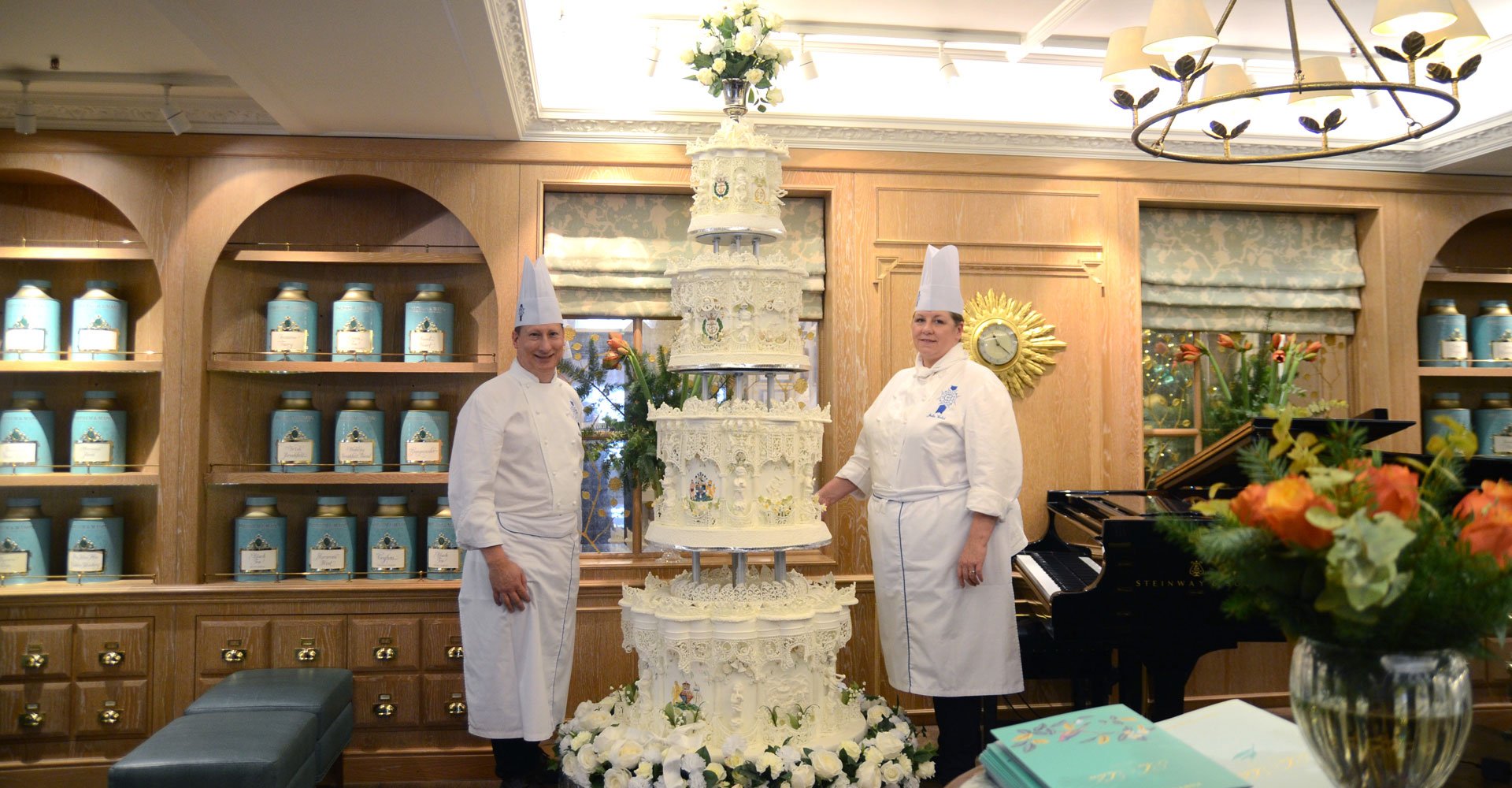 Various tiers of the cake will then be distributed to pensioners at the Royal Hospital Chelsea as well as other nursing homes and charities with which The Queen is aligned.

More on recreation of the Royal Wedding Cake

Event
The Construction of the Queen’s Royal Wedding Cake

How do you get a 9 ft tall and 500 lb cake to stand? Chef Julie Walsh - who recreated the 1947 Royal Wedding cake for the ITV documentary “A Very Royal Wedding” ...

Following the ITV documentary "A Very Royal Wedding", Head Pâtisserie Chef Julie Walsh explains the origins of the project and the extensive research needed to ...

Le Cordon Bleu, the leading global network of culinary arts and hospitality management institutes, has been working on a phenomenal project of recreating the ...