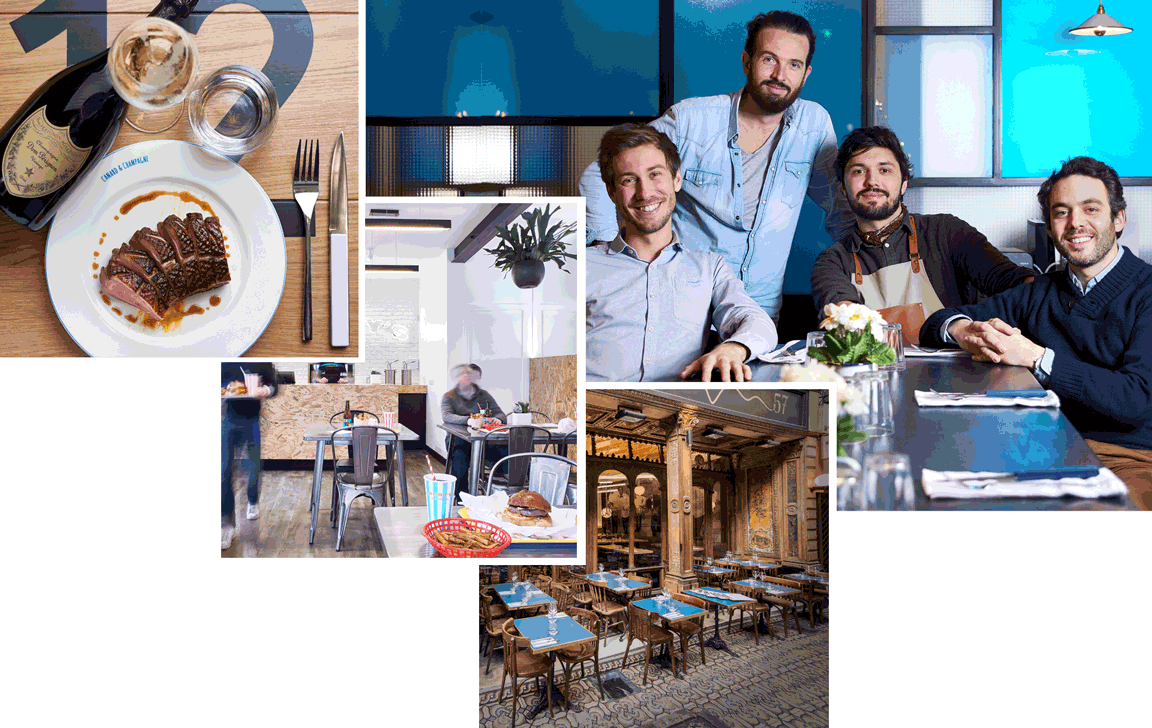 April 2018 – Born in the South West of France, Pierre Dutaret’s passion for the restaurant industry was ignited some years ago. A former investment banker who retrained in cuisine, he took his Cuisine Diploma at Le Cordon Bleu Paris institute in 2009 and became an entrepreneur in 2013. Pierre Dutaret is currently a partner and owner of 6 restaurants, a figure which will rise to 8 by the end of 2018.


Pierre Dutaret, partner and owner of 6 restaurants in Paris

From investment banking to cuisine, Pierre Dutaret decides to follow his passion

Pierre Dutaret was born in the Pyrénées Atlantiques, in South West France. Despite having spent all his life surrounded by quality ingredients, Pierre was destined for business school. He studied at EDHEC business school before becoming an investment banker, working in London, Paris and Madrid. Pierre is very clear about his love of quality ingredients and terroirs, and is a staunch defender of the planet and his region. “I dreamt of doing something else, of opening a restaurant”.

“One day somebody mentioned a Culinary Arts school in Paris: Le Cordon Bleu and I watched a Chef demonstration. I was bowled-over by the atmosphere, the modern equipments, the Chef Instructors and the lesson structure in particular, which combined demonstrations and practical classes”. Pierre embarked on his culinary adventure by signing up for the Institute’s Cuisine Diploma in 2009.

The beginning of the entrepreneurial journey

In 2013, Pierre Dutaret entered into a partnership with his friend Jean Valfort to open a tapas restaurant, Farago, in Paris’s 10th district. The two business associates travelled in order to develop the concept, seek inspiration and source their ingredients. They worked with a two Michelin-starred chef from the Basque Country who introduced them to local producers and helped them to create their menu.

We worked day and night for a year and a half and we were a hit. We wanted to continue on the same trajectory and the next step fell into place quite naturally. Our duck breasts sold extremely well and their popularity led to Canard & Champagne, my second restaurant, which opened in 2016.

Canard & Champagne is a venue steeped in history (a former chocolate factoryshop), a simple menu with two ingredients which are a great match: duck and Cchampagne. This restaurant was opened in partnership with Jean-Francois Monfort who worked for 2 years as Assistant Manager for Yannick Alleno.

The partners frequently appear on television and in the press,press; word of mouth does the rest. Their 600 opinions on TripAdvisor in 2 years are all the proof you need!

Their success encourages them to pursue new ideas

The first two restaurants were well received by Parisians and foreign customers alike. In 2017, Pierre Dutaret and his partners opened Candelma, a contemporary crêperie, and Bricktop Pizza, a Neapolitan pizzeria with French ingredients and a wood-fired oven.

I enjoy being in the kitchen just as much as managing my restaurants on a daily basis. I have developed a special bond with the restaurant sector. People are looking for the human touch, sharing is a communion: a beautiful thing”.

Early 2018 Pierre Dutaret launches a new brand of burgers: Liberty's burger. He has the ambition to make it the number 1 premium burgers brand in France, with small corners installed everywhere. The 1st restaurant receives a warm welcome and several franchise requests. In just two months of existence, Pierre explains us that he has already signed 3 new openings.

What are your the plans for the future?

Pierre Dutaret thrives in the face of difficulty and this young entrepreneurial chef has more challenges still to be achieved in the restaurant field. Pierre already plans to open two new restaurants before the end of 2018, both located in the passage des panoramas in Paris’s 2nd district.

The two restaurants will have very differing styles; the first one will aim to breathe new life into bourgeois cuisine and will be the result of a partnership with a leading chef! We will give you the inside scoop in the near future…
The second will probably be a fish restaurant, in the style of a market stall. The fish will be freshly cooked in front of the customer. Demanding times lie ahead for Pierre Dutaret, a restaurant owner who is always on the lookout for new challenges.

Alexandra Didier studied foreign languages before discovering her passion for cuisine. She spent 7 years working in a variety of roles at the Four Seasons ...