Behind the Scenes with MasterChef Contestant & Alumna Nadya Puteri 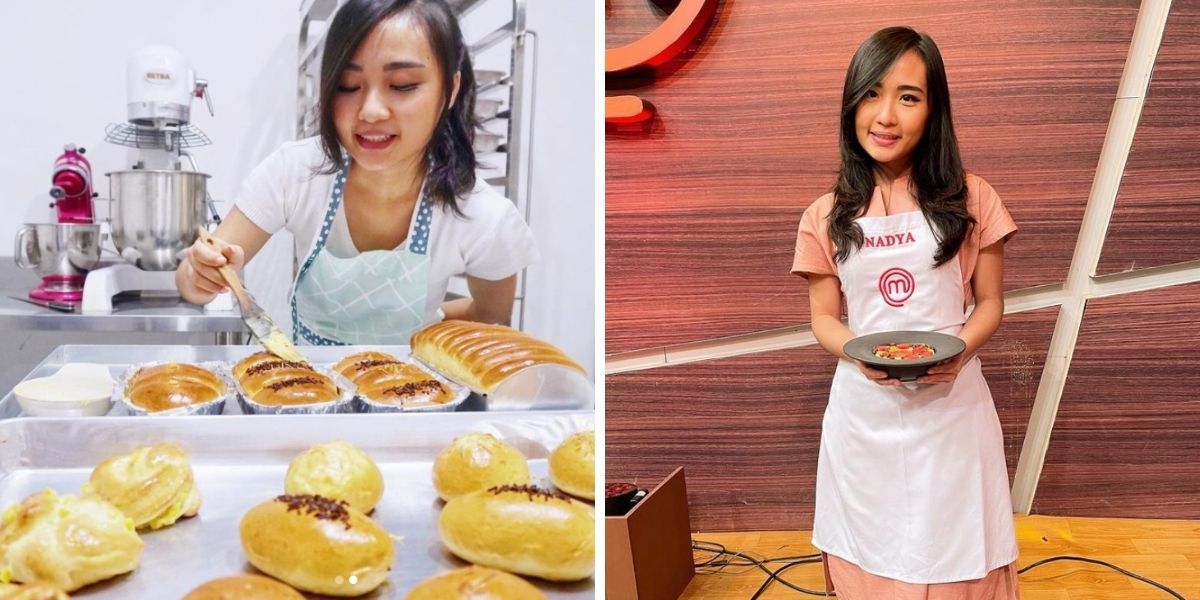 The kitchens are heating up on MasterChef Indonesia Season Eight (MCI 8) as the competition prepares to boil down to the top five contestants!

Le Cordon Bleu Sydney Alumna Nadya Puteri is currently a strong contestant on the show, capturing the hearts of the judges and fans. Nadya has survived intense Pressure Tests and won numerous Dessert Challenges so far to achieve her current position in the top six. Although she has faced many challenges in and out of the kitchen, Nadya has learned how to use them as a source of strength and wants to inspire others in the industry.

In between filming, Nadya gave us behind the scenes insight into her journey as a chef and what it’s like to be a MasterChef contestant! Here are 10 things you didn’t know about Nadya Puteri and the MasterChef journey:

1. Nadya used to want to be an Interior Designer
“I’ve always loved baking. Back in 2015, I initially completed a bachelor’s degree of Interior Design in England. I enjoyed the drawing and designing, but I felt like it wasn’t my passion. So, I decided to study a Diplome de Patisserie at Le Cordon Bleu Sydney.

2. Nadya didn’t tell anyone she had applied for MasterChef
“As the pandemic turned out to be ongoing, I started getting bored working from my home kitchen and selling bread for my business. I want to do more in life with the knowledge I’ve learned. I heard about MasterChef accepting video-based applications due to the pandemic. The application was much easier compared to a few years ago, where you had to go to the studio and cook in front of thousands of people. So I thought, why not? There’s nothing to lose right?

"I decided to cook something simple for my audition. I recorded it in my kitchen studio, where I produce all my bread. I made fish and chips with a fine dining twist: Crispy Beer-Battered Fish with Potato Fondant, Pea Puree and salad on the side. I was so surprised to get a call back for an audition! I didn’t even tell my friends about it, just in case I didn’t get through. I would have been very embarrassed. I told my friends once I got the confirmation call - thank God, they really supported me!”

3. The authenticity of the show surprised her
“When you watch MCI 8 on TV you think, ‘that’s what they were told to cook by the producer’. But everything they show you on TV is actually real. As a contestant, you don’t have time to think of what to cook the way you do at home. No browsing recipes online. Once they reveal your core ingredient, you have to decide what you’re going to cook at that exact moment. It was really shocking for me to get used to this kind of experience. There is no written script. Whatever we say, whatever we cook, whatever they are showing - it is all real.”

4. Nadya almost quit MasterChef
”There was a time where I was almost hoping I’d leave MCI 8. I thought we [the contestants] would all be friends through the experience. But some are only here for the competition, so I’ve faced challenges with some of the contestants. People talking behind my back or accusing me of things. It was all to bring down my mindset. I ended up facing potential elimination as it was affecting my mentality to the point where I wanted to get out of the competition. But now, I’m thankful for them because I used these experiences to strengthen my mentality. I also learned that we are here to compete, and we don’t all need to be friends.” 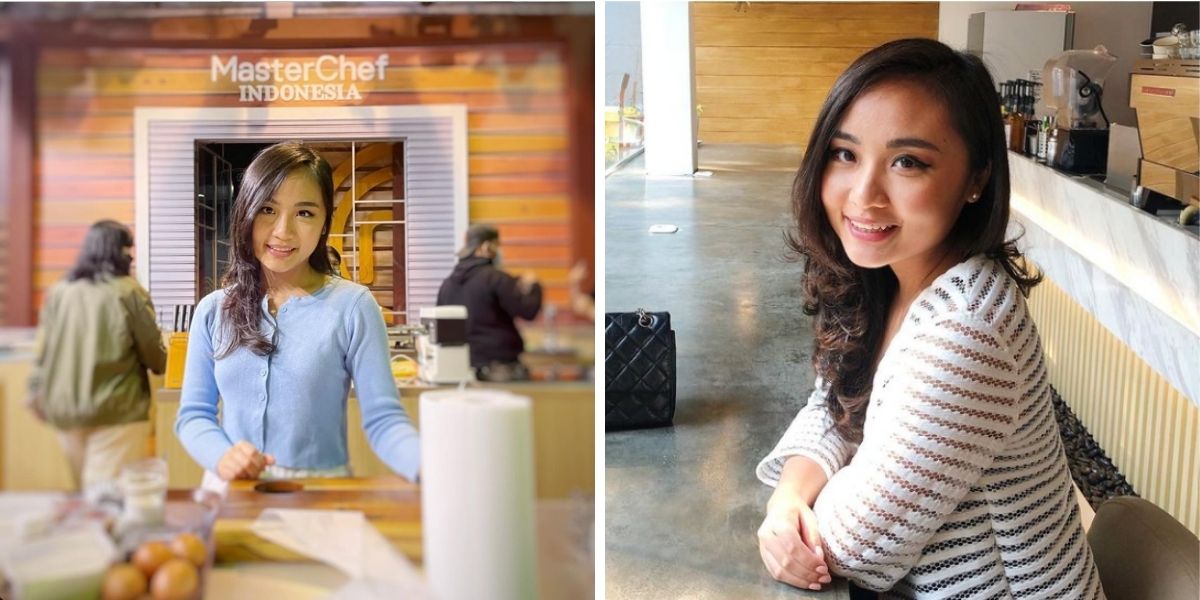 5. Nadya shared what it's really like as a contestant
“The reality of being a MasterChef contestant is that it is very tiring. When you’re scheduled to film, they [MasterChef] confiscate all your gadgets – your phone, your laptop etc. They give you a morning call at 4:50am and by 5:30am you need to be in the studio for makeup and preparations. We shoot until pretty late at night and you do this routine every day, except for weekends. Some of us still need to work our regular jobs as well.“

6. The biggest challenge she’s faced as a chef is her mentality
“At Le Cordon Bleu Sydney I remember one of my chef lecturers, Chef Marcus, teaching us how to have a good work ethic, a strong mindset and develop resilience when working in the kitchen. MasterChef really trains your mind to think outside of the box and also draws on this strong mentality. Not only do you need to cook good food, but you need to cook smart with limited time and ingredients. It really is a once in a lifetime experience and I’m now prepared to expect anything in the kitchen. Through this, I have learnt to focus on my goal for this competition, which is to prove my best in my cooking. So although I have faced these mental challenges, they have made me stronger and I’m thankful for them.”

7. Nadya leaked her favourite judge and favourite contestant to win
“My favourite judge on MCI 8 is probably Chef Arnold. We have actually both lived in Sydney and have some mutual friends in common back in Australia! If I was not successful in the competition, I would probably support Bryan to win.”

8. Karen Carlotta is the chef who inspires Nadya the most
“Karen Carlotta is a very good pastry chef in Indonesia. Not only technically speaking, but she is able to put a modern twist on traditional favourites very well. She is creative and smart with her application and techniques. She’s also a mum with four kids and I think that’s amazing with the career she has.”

9. She won a dessert challenge by making her signature dish
“For cuisine, I love to cook Chinese food. I like to cook dishes which are wholesome and enjoyable for everyone with punchy and spicy flavours. I have always been more into pastry. I love experimenting with new ingredients and have developed my palette with cakes and desserts. My signature dessert is my tiramisu. I actually won a challenge with my tiramisu in the MCI 8 Gallery!”

10. Nadya wants to inspire others in the industry
“What’s next for me? Definitely writing a book, a recipe book. I would love to write something that influences the culinary world. I would also love to create more content on social media to educate people on culinary and pastry skills. Overall, I want to build a career for myself in the industry." 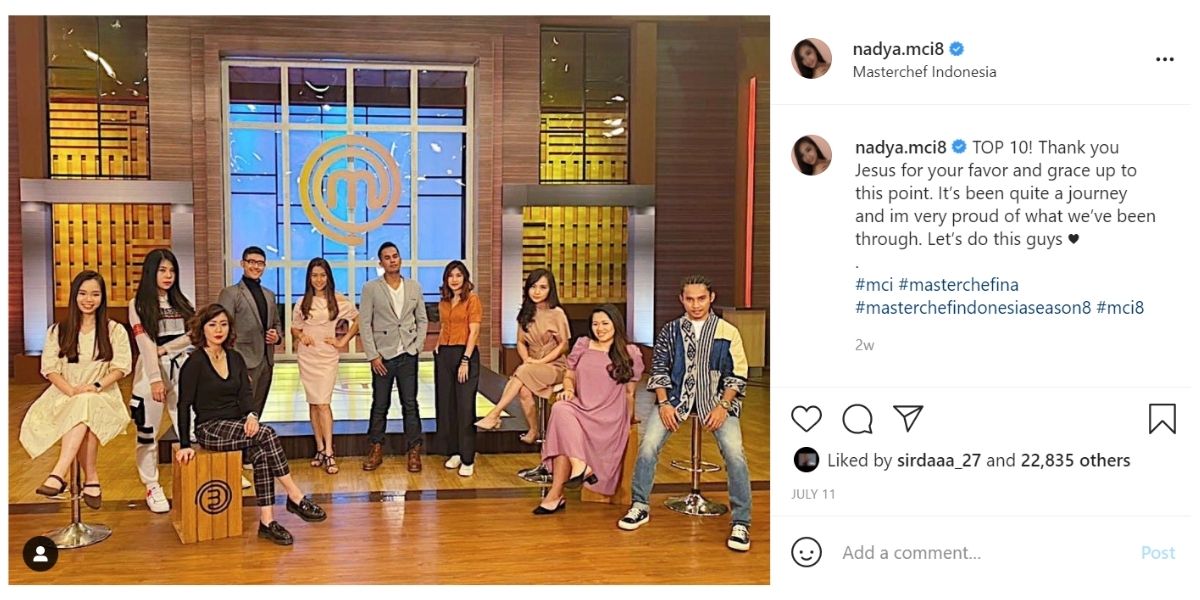 
Develop your eye for creativity and passion for food with a Diplôme de Pâtisserie at Le Cordon Bleu Australia.