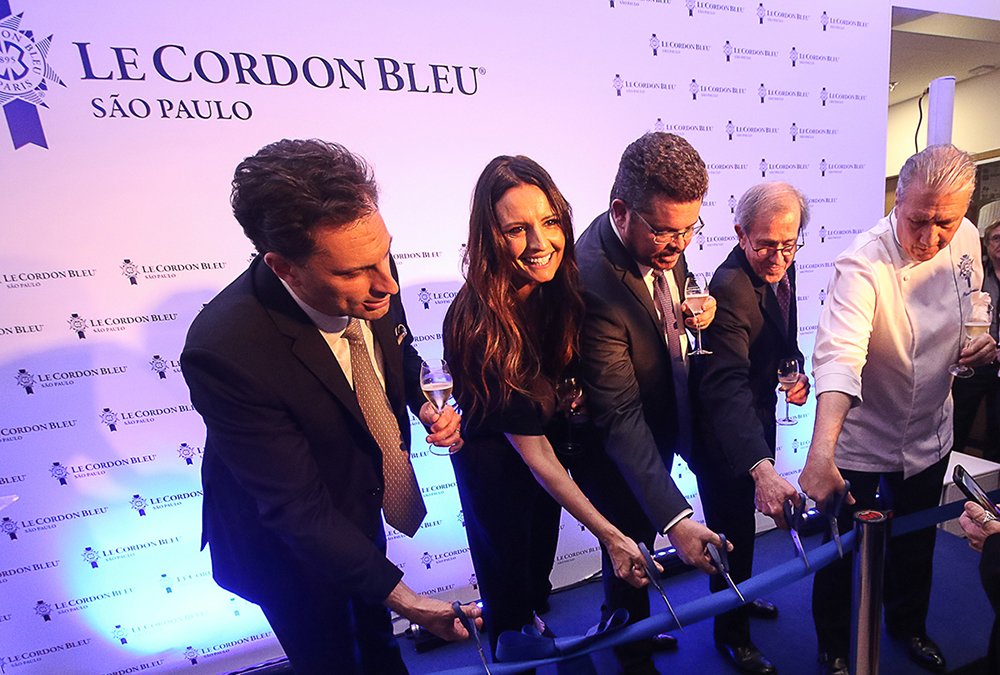 In a cocktail held on May 8th, 2018, Le Cordon Bleu, the leading global network of culinary arts and hospitality management institutes, toasted the opening of its first unit in Brazil, in the city of São Paulo, with the presence of the international president of Le Cordon Bleu, Mr. André Cointreau. The school is located in Rua Natingui, 862, in Vila Madalena. 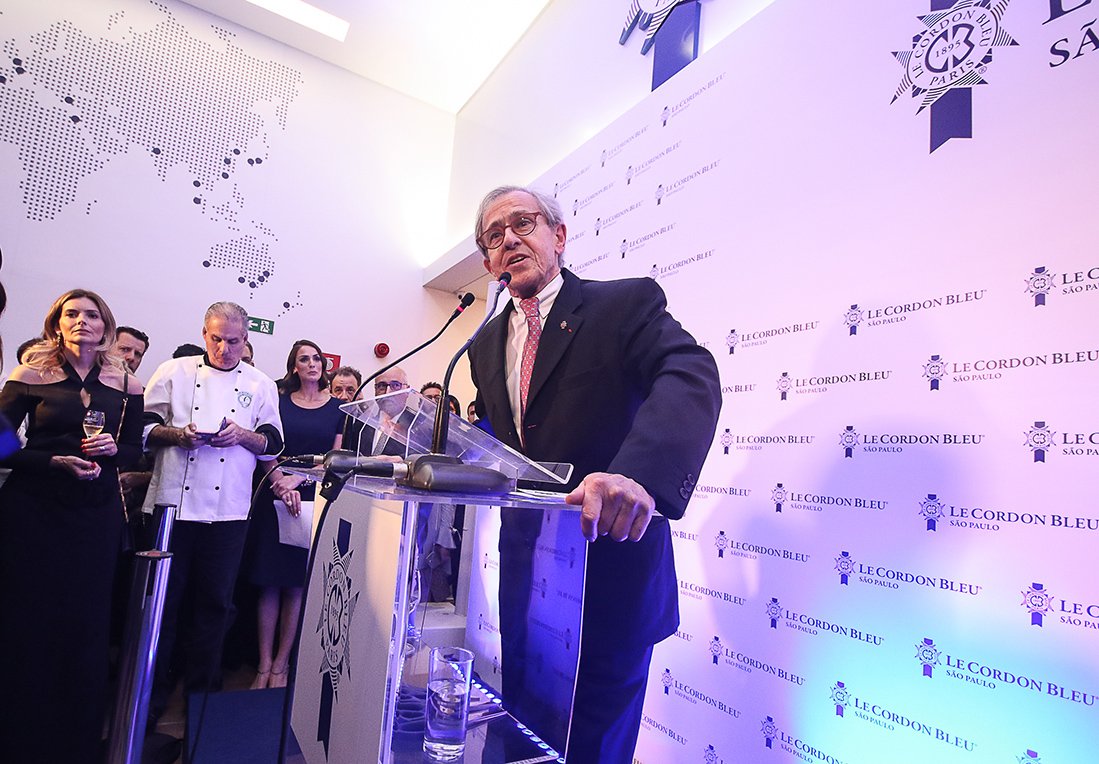 The opening of Le Cordon Bleu São Paulo Institute of Culinary Arts takes place through a joint venture formed by Le Cordon Bleu and Ânima Educação. According to the president Mr. André Cointreau, one of the impacts of an international institute in Brazil is the increase of the local gastronomy market, as has already occurred in other countries, such as China and Peru.


Our experience shows us that after the opening of the institute, local cuisine gains more visibility and international recognition, with the discovery of culinary talents and ingredients that can be better explored. This is our expectation in relation to Brazil.

The president also highlighted that cultural diversity is one of the hallmarks of Le Cordon Bleu schools. In London, for example, in a group of 400 students, there are 60 different nationalities. Cointreau emphasizes Le Condon Bleu offers a unique methodology of teaching applied to its Institutes around the world.


The difference is that students do not learn recipes, they develop skills and values beyond cooking. Discipline is one of the key factors for anyone who wants to be a successful cook or chef.

Besides the global president Mr. André Cointreau, the event was attended by the director Le Cordon Bleu Paris Brasil Sofia Mesquita and the technical director, chef Patrick Martin, responsible for the implantation of the institute in Brazil. Martin is the Institute's international ambassador and led the opening of schools in Mexico, the United States and Tokyo.

In his speech, Michael Ellis praised the high qualification of the professionals who graduate in Le Cordon Bleu and remembered that many of them received Michelin stars.

In partnership with Ânima Educação, the proposal of Le Cordon Bleu is that the impacts of the opening of the institute in São Paulo can be extended throughout the country with the encouragement of the exchange of students from other cities. When they are formed, they can share all the knowledge of Le Cordon Bleu and, in some way, start to change the market and its city of origin. The idea, in the long term, is to make this virtuous cycle to contribute to the growth of Brazilian gastronomy in another important step to transform the country through education.

Le Cordon Bleu São Paulo will begin to operate the classes on May 21. In just one month, the institute received applications to all the places in the first two classes of certification Basic Cuisine and Basic Pâtisserie. The courses offer 16 places in each class and has already candidates on the waiting list. 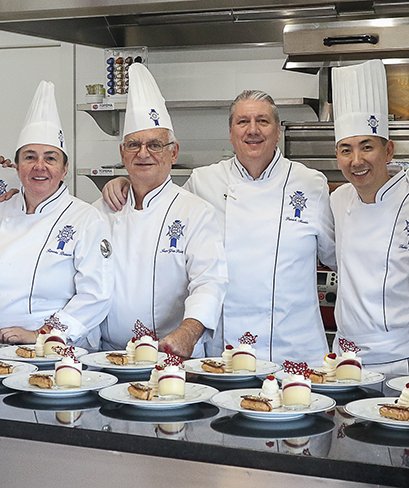 The students will have as guide the technical director, chef Patrick Martin, responsible for the implementation of the schools in Rio de Janeiro and in São Paulo. International Ambassador to the Institute, Martin has more than 25 years of experience in Le Cordon Bleu, was responsible for the technical development and opening of schools in Mexico and Tokyo and worked in schools in France, London and the United States.

French chef Jean Yves Poirey is in charge of Cuisine courses. For more than 30 years in Brazil, when he landed on Copacabana Beach, the chef commanded important restaurants such as Bossa Café, Bossa Mar, Asian, and Skylab, on the 30th floor of the Rio Othon Palace hotel.

Formed at Le Cordon Bleu in Paris, chef Renata Braune leads the areas of Preparation and Production. Braune was one of the first women to act as chef in Brazil and the first female chef to compete in the Toque d'or, which selects Brazilian candidates for Bocuse d'or. The chef was also in charge of Le Chef Rouge and its own restaurant, La Reina Deli Bar.

The Brazilian alumni of Le Cordon Bleu also honored the event and shared with the new students of São Paulo the experience of studying at the institute. 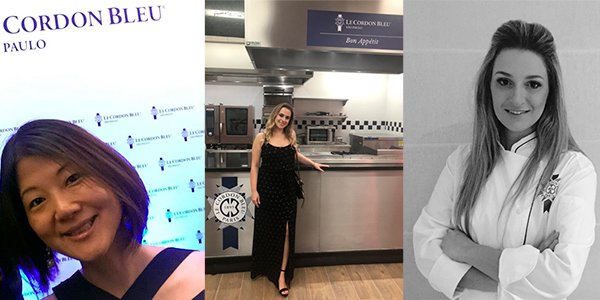 "It is immense pride to see such a special institution coming to Brazil! In addition to strengthening my gastronomic knowledge, the school opened many doors for me to start ProntoChef, my startup of healthy food delivery, bringing credibility to investors and partners. I recommend to all who seek not only to pursue a career in the kitchen, but who think of undertaking in gastronomy”, she said.

The chef of Le P'tit Café, Patrícia Lombardi, graduated from the Grand Diplôme in Paris in 2009 and also was in the opening ceremony in São Paulo.

"Studying at Le Cordon Bleu was an incredible experience that changed my life. It is not a school of gastronomy but a learning of life. I was very happy with the opening of the school in Brazil, which has a great lack of this type of teaching. The school is beautiful, when I entered my heart beat stronger because I remembered everything I had experienced in Paris. The practical kitchen rooms are wonderful, super well equipped and large, the future students can really live and feel what is a kitchen of excellence, I even desired to study again. I hope it has a long life and I look forward to opening the school in Rio de Janeiro", says Patrícia.

Roberta Sheer studied the Cuisine course in Paris and also gave her testimony. "I think that studying at Le Cordon Bleu is a unique and unforgettable experience. It changed my life. The opening of the school in Brazil will give opportunities for many other students to know what is the best in the world's gastronomy", she says.

The institute Le Cordon Bleu São Paulo offers students seven professional kitchens: two dedicated to demonstration classes, two for cooking, one for confectionery and bakery, one for polyvalent and one for preparation and production, as well as an auditorium for classes and a library.

Equipped with the latest technologies, the new Le Cordon Bleu Brazilian Institute will be able to provide Excellence in education within an environment meeting the standards of international high cuisine.

Le Cordon Bleu São Paulo Institute offers the Diplôme de Cuisine and Diplôme de Pâtisserie. Each diploma is divided into three certificates, one for each level, being Basic, Intermediate and Superior. After completing the two diplomas, which can be held in up to nine months, students will be able to obtain the highest level with the Grand Diplôme.

All courses are recognized worldwide by companies and professionals in the world of gastronomy. In this regard, training at Le Cordon Bleu is an official life passport for students to an international successful career.

Applications for the São Paulo campus are available at the institute website.