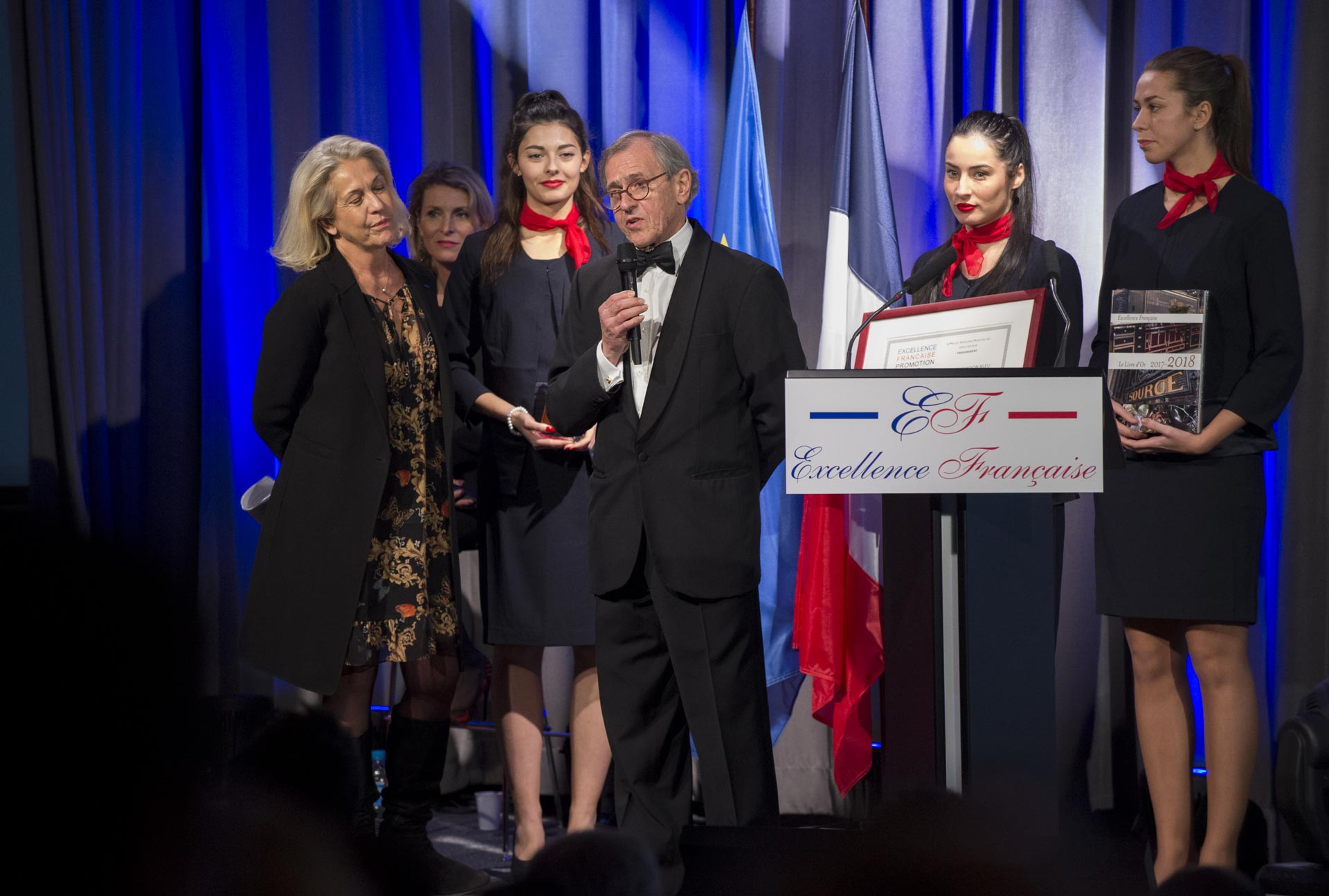 Le Cordon Bleu institute received this distinguished award at the 9th Excellence Française ceremony, which took place on Wednesday 6 December at the Cité des Sciences et de l’Industrie in Paris. French astronaut Thomas Pesquet, from the European Space Agency, was guest of honour at the event.

Every year, Excellence Française, which was founded in 2009, recognises companies and institutions from the most dynamic business sectors in France, represented by individuals, whose talent, creativity and ability to innovate help to promote France around the globe. In a matter of years, this organisation has become a benchmark for the very highest levels of excellence in our country across all business sectors.

Le Cordon Bleu is the first Culinary Arts institution to be awarded this honorary distinction. The Institute has thus been rewarded for the quality of its training programmes and its ability to make French excellence and expertise shine, in its entire network of Institutes, around the globe.

We are extremely honoured and proud to receive this distinction from Excellence Française. This trophy recognizes the effort and expertise of our teaching teams, the success of our students, and highlights more than 120 years of teaching excellence. It confirms the role of Le Cordon Bleu institute as an ambassador of French expertise throughout the world.