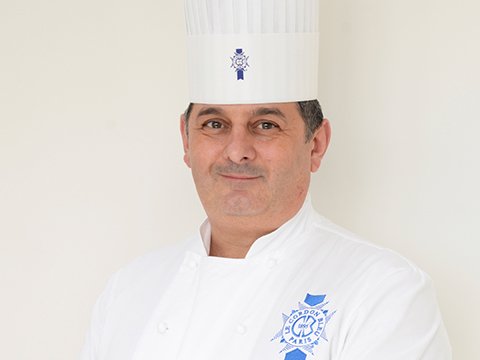 From Dijon, Chef Gilles Company studied under several distinguished Michelin Star chefs, such as Jacques Lameloise, Jacques Laine, and Michel Perreaut before gaining a wealth of experience in various reputable restaurants, including Michelin-starred "La Chouette", and the famous "French Horn Hotel" in England, where he cooked for celebrities like Princess Diana and Lady Margaret Thatcher. Chef Gilles has also won Best Restaurant awards for his restaurant endeavours, along with accolades such as Chef of the Year and awards from cooking competitions. Chef Gilles joined Le Cordon Bleu in 2012, opening Le Cordon Bleu at Özyeğin University in Turkey before arriving at the Tokyo campus in 2015. 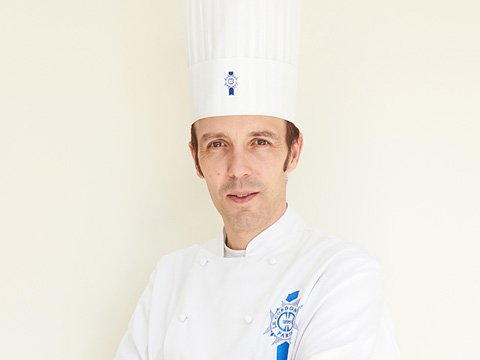 Chef Jean-François Favy was born in the Auvergne region of France. After studying under M.O.F. Chocolatier Yves Thuriès and Toulouse Chocolatier René Pillon, winner of Meilleur Chocolatier de France in 1996 and Mercure D'or in 1989, Chef Favy became head Chef in the chocolate department of Maison Pillon. He also worked as master chocolatier at 'Maison Les Gourmandises d'Aliénor' in Arcachon, France. Chef Favy then left for England and worked as a senior confectioner in the research and development centre for the confectionary business of Nestle in York. In 2012, he joined Le Cordon Bleu-Sookmyung Academy in Seoul as Chef Instructor in pastry. He then transferred to Le Cordon Bleu Tokyo in April, 2015. 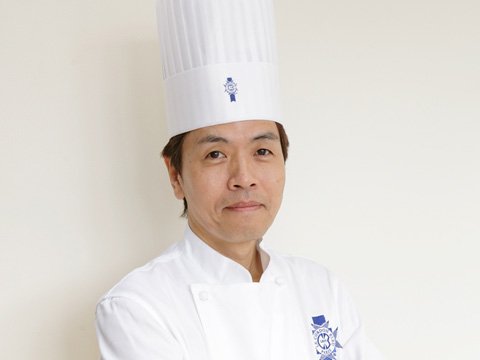 Chef Hiroyuki Honda changed his career to become a pastry Chef. He gained experienced at a traditional cake shop in Japan, where he achieved excellent results before deciding to travel alone to France to further his studies and gain more experience. In France, he worked for patisseries such as 'Lenôtre'. After his return to Japan, 'Lenôtre' established a branch in Tokyo, where Chef Honda became the entremets chef and grand chef. He joined the pastry department of Le Cordon Bleu Tokyo in 1996. 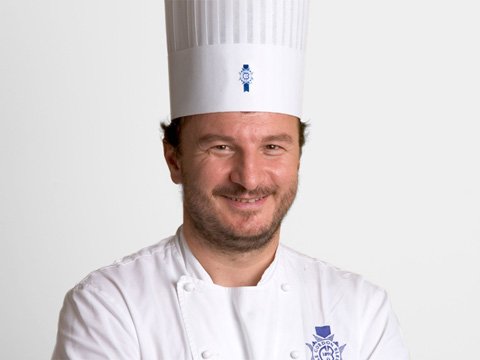 Chef Dominique Gros is from Savoie, in South-Eastern France, near the Alps. After working in patisseries in his local area, he moved to Paris, where he worked at 'Maxim's de Paris' and then 'Le Meridien' in Paris and London, where he worked as a pastry chef. Dominique move to Japan in 2000 and joined Le Cordon Bleu as a Pastry and Bakery Chef. In bakery, he specializes in viennoiserie such as croissant and brioche, and in pastry all manner of tarts. He also does ice carving, and often demonstrates this skill at special events to entertain guests. 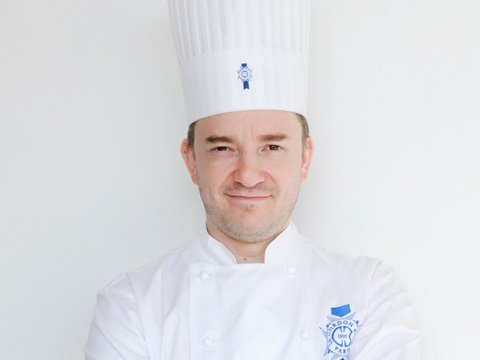 Chef Manuel Robert is from Nantes in the Loire-Atlantic department of France. He began his career working in well-known establishments such as 'Maison Blanc' in London and 'Maison Kayser' in Paris. He then returned to his hometown of Nantes, where he worked as a bakery chef at 'Le Gourmet Nantais', an artisan bakery specializing in regional breads from Nantes. Manuel moved to Japan in 2009 and worked at 'MOKICHI Baker & Sweets', which is run by Kumazawa Brewery, who developed and uses Shonan Beer in their breads. Manuel joined Le Cordon Bleu Tokyo in 2014. 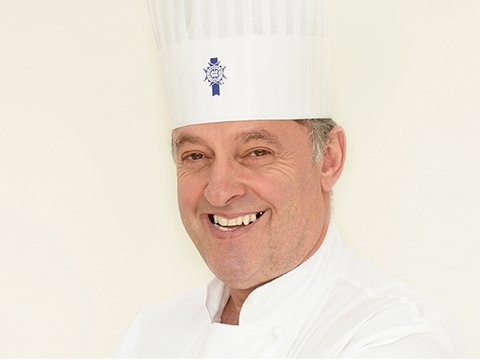 Began working in various luxury hotels in France and Switzerland before working as a Chef de Cuisine for the French Consulate in Munich. Moved on to become chef at Auberge du Cheval Blanc, in Lembach, Alsace, France, earning 2 Michelin stars; worked as sous-chef and saucier at the Grand Hôtel Zermatterhof (5 stars) in Zermatt, Switzerland; and later as chef of cuisine at City Brasserie (Whitbread Group / Spirit, formerly Pelican), in London, receiving recognition in the ‘Square Meal’ guide during his tenure. Engaged in food product consultation in the UK before working as chef-instructor at Le Cordon Bleu London. Then worked with luxury hotel group, Robert Parker Hotel Collection, as executive chef and consultant before joining the Le Cordon Bleu Tokyo school in 2017. 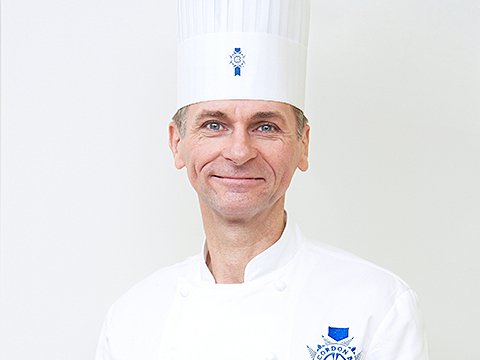 Birthplace: Northern France – Nord-Pas-de-Calais-Picardie (Denain)
Garnered extensive experience working as an executive chef and restaurant director abroad in São Paulo and Rio de Janeiro, the Georgian capital of Tbilisi, and in Monaco before working for many years for a luxury hotel subsidiary of the Marriott Hotel Group.
With gastronomic knowledge a given, chef has not only expertise in menu development and food events, but also hygiene and culinary technology management.
Began as a Cuisine chef-instructor at the Kobe school in March of 2016. 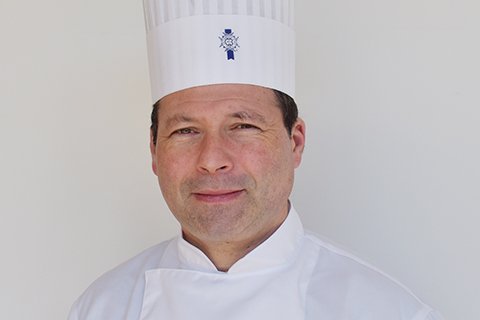 Beginning his career in 1980 in a pastry shop in the French city of Rouen, he further polished his skills in various establishments across Europe such as the 5-star hotels “Château d’Artigny” in Tours and “Olissippo Lapa Palace” in Lisbon (Portugal). In 1993, he opened his own café as owner-chef in the village of Richelieu. He later travelled and lent his strength to numerous pastry shops and prestigious hotels all over the world, including the Principality of Andorra, Lagos (Nigeria), the Dominican Republic, Istanbul (Turkey) and Saudi Arabia. He joined Le Cordon Bleu school in Mexico as chef instructor in 2010. Bringing along his extensive experience, which also includes the development of new products for the well-established Austrian coffeehouse chain “Aïda” and working as executive chef for a pastry shop in Saint Petersburg (Russia), he took up the post of chef instructor at Le Cordon Bleu Tokyo in early 2019. 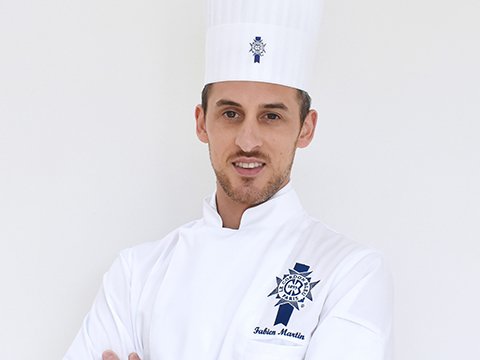 Starting his career in 2003, he gained experience at "PIERRE HERMÉ" and at the prestigious Parisian hotel "Hôtel Plaza Athénée". Moving to Japan in 2008, he polished his skills as a pastry chef during 3 years at "HIDEMI SUGINO" and "Ecole Criollo" (currently: "Criollo") in Tokyo. Back in France in 2011, he took the position of pastry sous-chef at the "Four Seasons Hotel George V" in Paris. He then worked for the "Four Seasons Hotel des Bergues" in Geneva, at the "Lausanne Palace" and returned to Tokyo in 2018 to take up a post of pastry chef at "Pierre Gagnaire". He joined our Tokyo school in the spring of 2019 as chef instructor for our pastry program. 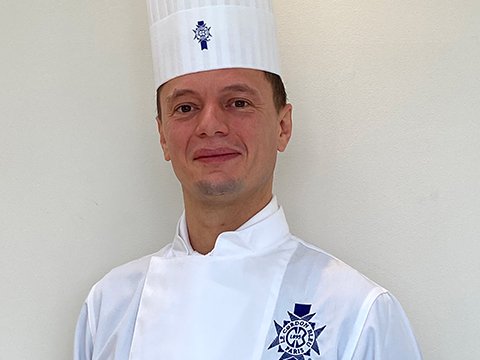 Chef Jérémy Bellone started his career in 2002 at the ‘Hotel Martinez’ in Cannes. Moving to Paris, he refined his skills working, notably, at the prestigious ‘Hôtel de Crillon’, and in 2010 became the sous-chef at ‘SPOON by Alain Ducasse’. After working for renowned Michelin-starred restaurant ‘Lasserre’, in 2014, Chef Bellone became the head chef of the restaurant ‘Le Dali’ in the historic ‘Hôtel Le Meurice’. Chef Bellone moved to Japan in 2017, where he expanded his experience, working at the three Michelin starred Japanese cuisine restaurant ‘RyuGin’. He then worked at ‘Dominique Bouchet Tokyo’ and at ‘Tobu Hotel Levant Tokyo’ as a sous-chef. Chef Bellone joins the Le Cordon Bleu Tokyo Institute in January 2020 as chef instructor for our cuisine programme. 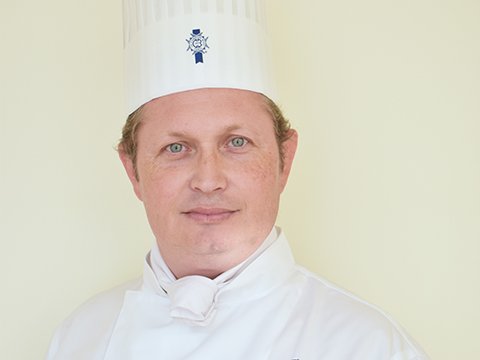 Chef Grégory Soulavie grew up surrounded by pastry and bakery chefs since his parents were precisely, bakery and pastry chefs. He was fascinated by and had a passion for pastry from childhood. Chef Soulavie trained at Ecole Nationale Supérieure de la Pâtisserie (ENSP) notably under M.O.F. chefs, Michel Violet and Angelo Musa. Chef Soulavie started his career in 1988, working at reputable Maisons such as Pâtisserie ‘Joël Patouillard’ (M.O.F.) in Ardèche, France. Chef Soulavie began teaching himself as an instructor chef at the Institut National de la Boulangerie Pâtisserie (INBP) in 2006. Since 2011, he has been based in Asia, as a Pastry research&development specialist and lecturer, notably in Korea and Japan. Chef Soulavie joins our Tokyo school in January 2020 as chef instructor for our pastry program. 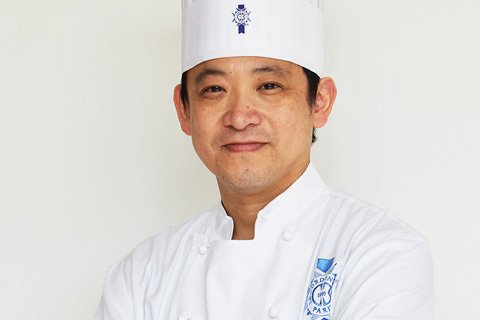 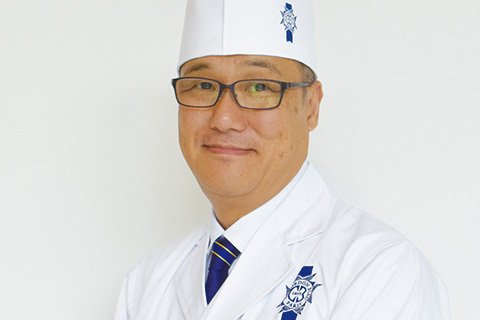 Chef Toshio SHIMURA is from Kanagawa prefecture, southwest of Tokyo. He joined the “Tokyo Grand Hotel” in 1976 where he polished his skills as a chef until 1997 when he took up the position of head chef in the well-established Japanese restaurant “Kikumasa”. After working for a major restaurant group, both as head chef and in charge of product development, he became head chef at the restaurant “Waketokuyama” of the “InterContinental Tokyo Bay Hotel”. In 2016, he collaborated on the “Japanese Cuisine Bursary Program” held at Le Cordon Bleu Japan school. He has a wide range of experiences and achievements, including being a chef-instructor at a cooking school in Tokyo. He was appointed as technical director of the Japanese Cuisine Course in the summer of 2019. 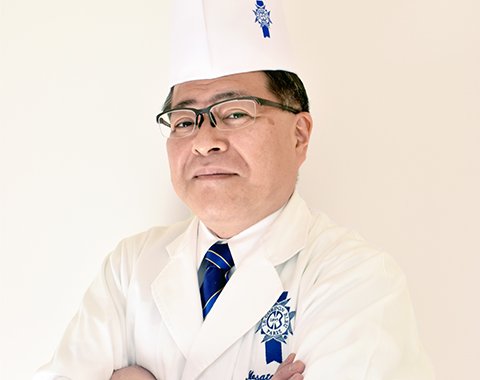 Upon graduating from Tsuji Culinary Institute in 1989, also including the obtention of Fugu (blowfish) handling License, Chef Kijima trained at one of Japan’s most prestigious ryotei (traditional Japanese restaurant) “Kitcho”. In 1993, Chef Kijima became Assistant Chef at Tsuji Culinary Institute in charge of instructing aspiring chefs where he stayed close to 10 years. He moved on to “The Windsor Hotel Toya” and then served as Head Chef for Hotel Monterey Japanese restaurant, Chef Kijima then joined the Kewpie Corporation Research and Development Centre as Japanese Cuisine Head Chef providing advice to researchers and working on product development. After serving in a managerial position at a Japanese sushi restaurant “Kiyomura Corporation” with branches nation-wide, Chef Kijima joined Le Cordon Bleu Japan as Japanese Cuisine teaching Chef in 2020. 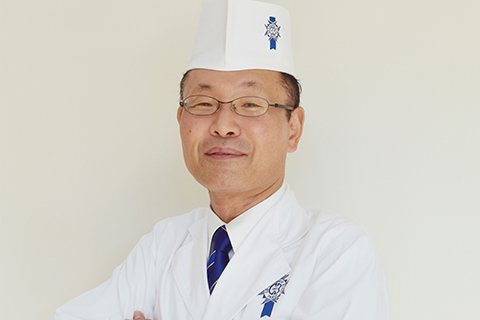 Born in Fukuoka, Chef Saito has had an extensive career as a highly distinguished Japanese Cuisine Chef. Having worked as the Head Chef at the Grand Hyatt, Conrad and many other hotels, Chef Saito is currently the owner chef at “Shichijyu Ni Kou” (the 72 seasons). With an international style, his opinion is highly valued in Japan. He has been a key person in charge of various local and national government projects including acting as a Japanese Cuisine Ambassador for the Ministry of Agriculture, Forestry and Fisheries. Chef Saito is also the Executive chief of Japanese Culinary Society “Seiyu-Rokushin-kai”.