What is the kitchen brigade system? 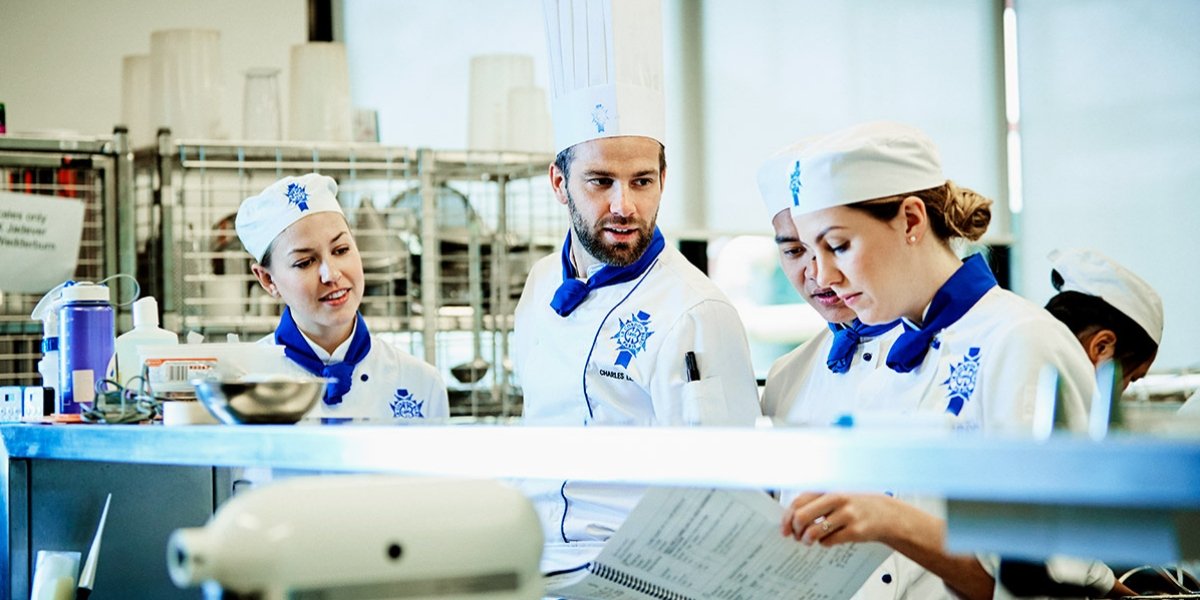 The modern kitchen must operate like a well-oiled machine with every staff member playing a role and collaborating to deliver the best food and customer experience possible.

Modern kitchen teams are based on French chef Escoffier's kitchen brigade system, in this article, you’ll learn how this system works and why it is relevant to culinary professionals.

Georges-Auguste Escoffier was a French chef, commonly known as "the king of chefs and the chef of kings". Following on from the work of Marie-Antoine Carême, one of the first to codify French haute cuisine, Escoffier achieved fame through his efforts to simplify and modernise the very traditional and elaborate style of his predecessor.

In addition to his development of the five French mother sauces, Escoffier's legacy lives on in the "brigade de cuisine" system which many modern kitchens adapt today. Having served in the French army, Escoffier transferred his experience with the clearly defined structure and duties of a military brigade into the kitchen, assigning over 20 specific cook positions throughout the kitchen. The purpose of the kitchen brigade was to ensure every cook had a clear purpose and the kitchen could work to maximum efficiency.

Today, many of the traditional roles within the kitchen brigade have been made redundant by more efficient supply chains or technology. For example, butchers and fishmongers are less common due to many restaurants buying pre-prepared cuts. Nonetheless, the system lives on to some extent in almost all fine dining restaurants.

5 roles in the kitchen brigade

Every commercial kitchen should have a clear hierarchy in place to maximise efficiency.

The executive chef is typically the most senior kitchen staff. They will typically have a more business-oriented role, overseeing one or more busy restaurants, such as across a hotel group. Their work will often involve high-level oversight of operations as well as marketing and public relations. Some may also have a hand in menu development.

Sometimes called the head chef, a chef de cuisine is responsible for day-to-day kitchen management. Depending on the size of the business, they may be at the top of the kitchen hierarchy and report directly to the restaurant manager or owner. They have a largely supervisory role, ensuring the kitchen operates smoothly and taking the lead on creating menus.

The sous chef is the chef de cuisine's second-in-command. Typically, they will act as an intermediary between the chef de cuisine and each station within the kitchen. Strong culinary skills and management abilities are vital for a sous chef, as they must be ready to help in all areas of the kitchen as well as monitoring inventory and employee performance.

A chef de partie will be in charge of one particular station. While they should be equipped to work in any area if need by, a chef de partie will generally oversee a single area of production, and may be titled accordingly. For example, they may be referred to as the saucier (sauce), entremetier (entrees) or patissier (pastries/desserts).

All food that leaves a station is the responsibility of the chef de partie, so they must ensure quality across every plate.

This is a junior position, sometimes given to recent graduates or those who have completed a period as a stagiaire (intern). A commis chef will often move around the kitchen according to the restaurant's needs, answering directly to the chef de partie of wherever they're assigned.

If you're interested in a career in the culinary arts, a Le Cordon Bleu Diplôme de Cuisine (SIT30816 Certificate III in Commercial Cookery) will give you an internationally recognised qualification with a globally renowned institution. Reach out to us today to discuss your future career.