What is it like to work in a Michelin-starred kitchen? 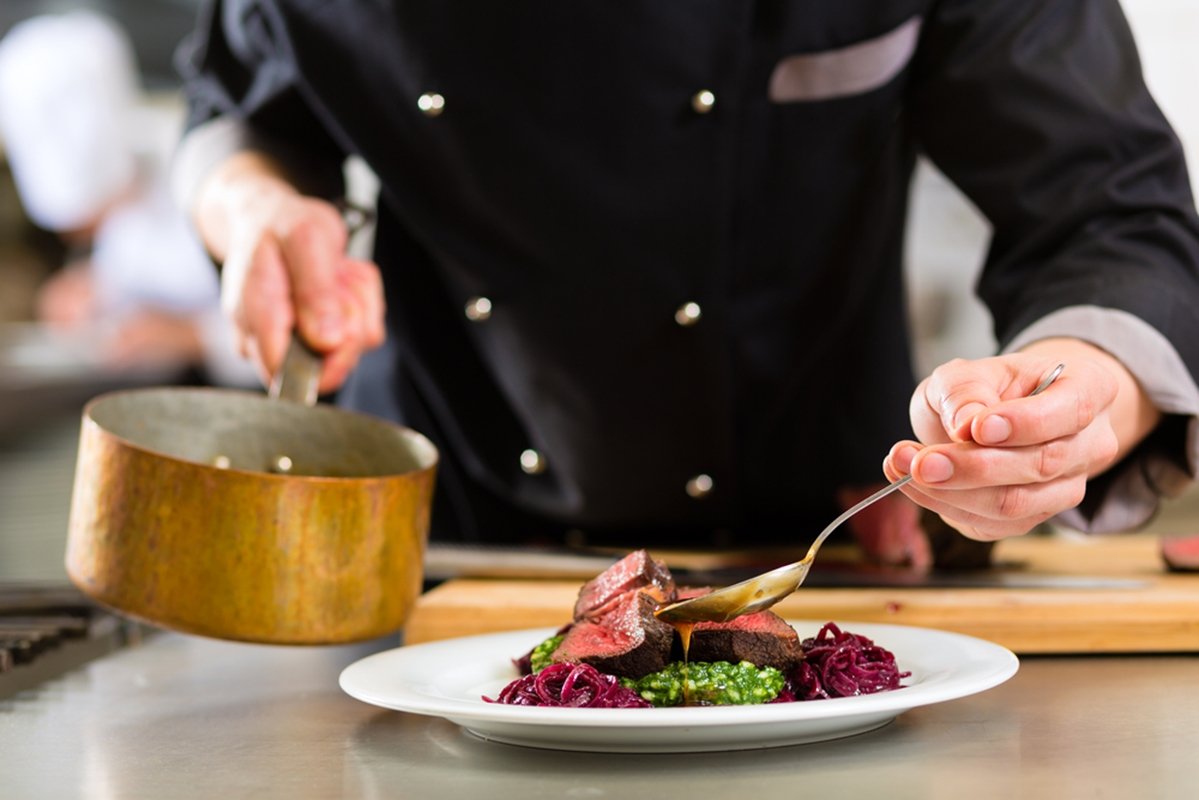 Le Cordon Bleu Sydney alumnus Matthew Puguh Suhadi shares his experience as an internship cook at Noma in Copenhagen, which was recognised as the World's Best Restaurant in 2014 and 3rd best in 2015.

A Michelin star is the hallmark recognition of excellence in the culinary world. In order to receive an elusive star, kitchens must operate like machinery - with every person working flawlessly in-sync. While we celebrate the food of these acclaimed kitchens, what is it really like to work in a Michelin-starred restaurant?

"A normal day at Noma during my stage was always challenging," says Matthew. "You need to wake up at six in the morning for a 7 am shift every day."

As a stagiaire (internship cook), Matthew began the day helping with food deliveries for the second-floor preparation kitchen. This involved storing, labelling and organising food for the many different sections of the kitchen. From there, he helped with bulk preparation or sometimes assisted other sections in dire need. Besides the prep kitchen, there were sections for family meals, snacks, main courses, grill, dessert, foraging and the fermentation lab.

Until 11 am, the stagiaires would work on the day's mise en place, before breaking for lunch. At 11:30, the kitchen and wait staff were all involved in a pre-service briefing, detailing information and requirements about each guest booked in for the upcoming service. This included dietary requirements, returning guest details, and personal notes from the guests.

The lunch service would run until 3 pm, after which guests would enjoy their tour of the restaurant while preparation for dinner began. Following an hour's break, pre-dinner briefing would begin at 6 pm. Shifts would generally continue until 11 pm on weekdays, or 1 to 2 am for Saturday deep cleaning.

What kind of challenges did you face in the kitchen?

Each day, Noma would start fresh. Every variable that might affect the taste of the food was precisely adjusted so all guests would experience the same immaculate standard of flavour and texture.

Noma represents prestige and opportunity for chefs throughout the world - reflected in a multicultural kitchen team with over 20 nationalities. This could make communication difficult during especially busy periods, says Matthew, but he was proud to work with a culturally and racially diverse team who shared his passion.

Seasonality is a huge part of what Noma does and could sometimes disrupt the day. Matthew recounts being ready to commence cleaning at the end of a shift before 200 litres of blooming elderflower arrived. These rare flowers were only in season for two weeks a year, and the staff hand-picked every flower for the in-house elderflower oil.

What were the best parts about the experience?

"My favourite part was witnessing decision making behind the menu and food preparation," says Matthew. Working at Noma, Matthew got to see the level of detail that the world's best restaurant considered for the sake of guest satisfaction.

He recalls once an urgent need for rhubarb roses. The sous-chef tasked Matthew and a few others to personally craft the unique flowers. After this, Noma co-owner Ren Redzepi personally inspected each rose and praised them for their hard work. Matthew also got to meet and take a photo with world-renowned chef Alain Passard during his stage.

Naturally, the incredible food was also a major highlight of Matthew's time at Noma.

"One time, we tasted a leftover ingredient. It was Rose peaso (pea miso) and it tasted better than butter. All the stagiaire were shocked and smiled like children in a toy store."

After completing his Diplôme de Cuisine (SIT30816 Certificate III in Commercial Cookery), Matthew gained a new confidence and fresh perspective of the culinary world. His studies led him to work at Noma, and then, to open his own restaurant in Indonesia. Matthew's journey began at Le Cordon Bleu, and so can yours.

Get in touch with a Le Cordon Bleu representative to discuss your culinary dreams.