What are the mother sauces in French cuisine? 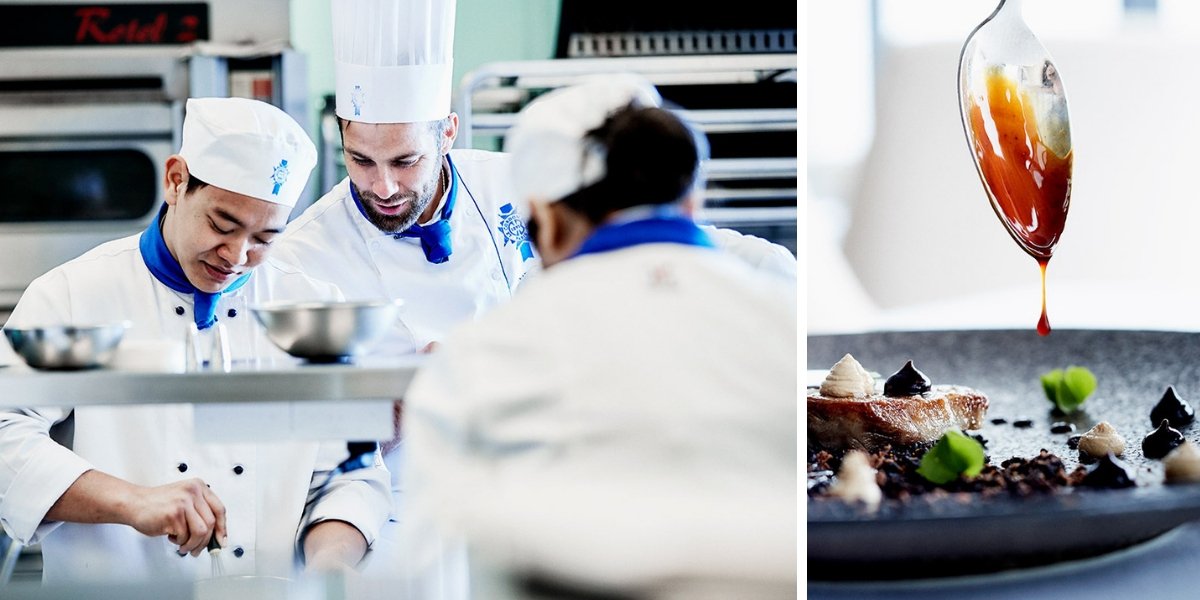 Sauces are an integral part of French culinary tradition, introducing richness, flavour and texture to a dish. The mother sauces are essential knowledge in French cooking, and aspiring chefs will learn all about them in a Le Cordon Bleu Diplôme de Cuisine.

What is a mother sauce?

One of five French mother sauces is at the foundation of nearly every sauce you will ever make.

The French mother sauces date back to the cornerstone work of Marie-Antoine Carême, a renowned 19th century chef. Carême created a vast repertoire of sauces - and each was a variation of four mother sauces. Georges Auguste Escoffier, Carême's 20th century contemporary, later updated this list in Le Guide Culinaire, demoting the allemande sauce to a child of the velouté, and adding sauce Tomat.

At the heart of these sauces is a thickening agent called a roux, made by cooking flour and fat (usually butter) together before other sauce ingredients are added.

Escoffier's five sauces survive today as core elements of French cuisine, and are commonly adopted in other culinary styles. The five mother sauces are:

If you are an aspiring chef, you need to know how French cuisine has influenced contemporary cooking, Le Cordon Bleu Australia offers internationally recognised culinary programmes in four institutes, contact us today to find out more.

Our range of gourmet short courses are available throughout the year, and perfect for those looking for a short culinary adventure (1- or 2 day hands-on workshop), register today for  our upcoming short course Classic French Stocks.